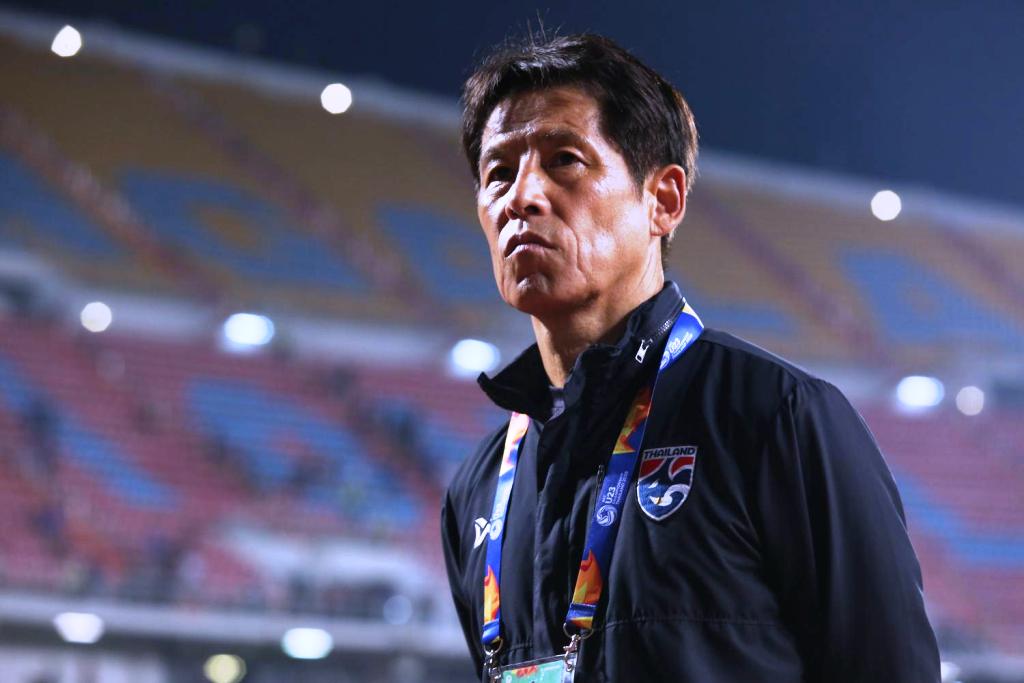 The move came during a meeting to review the Japanese coach’s performance after the 2022 World Cup qualifying round.

Now the technical committee will oversee the selection of players for the 2021 Southeast Asian championship and 2023 Asian Cup qualifying round, it said.

The The Football Association of Thailand will later announce its process to select a knowledgeable coach.

Meanwhile, Dusit Chalermsan has been appointed as coach of Thai League 1 side Port, the club announced on Tuesday. Dusit replaces Sarawut Treephan who has become technical adviser.

“Welcome back to our family again,” Port chairwoman Nualphan Lamsam said. She said Dusit had proven ability as a player and a coach.

The 51-year-old coach helped Port gain promotion to the top flight in 2013 in his first stint with the Klong Toey-based team. “He is a legend here. I believe Coach Ong [Dusit] will take us to our target,” said Nualphan.

After the success, BG wanted to make changes to the coaching staff, prompting Dusit to join Thai League 2 side Rajpracha. BG then appointed Australian coach Aurelio Vidmar to succeed him.

Dusit has coached several Thai clubs including Prachuap, Rayong and Trat, as well as Vietnamese side Hoang Anh Gia Lai.

The former left-back, who played 96 times for his country, is rated as one of the best ever Thailand internationals and was a member of the ‘Dream Team.’

As for Sarawut, his fate as Port coach was sealed after the Lions were eliminated in the group stage of the AFC Champions League although they played on home soil. Port finished third in Thai League 1 last season.

The new season is scheduled to start on Aug 13, although it could be postponed due to a new surge in Covid-19 cases.

Peeradol joins the Thunder Castle on a permanent basis, while Thiraphol is on loan.