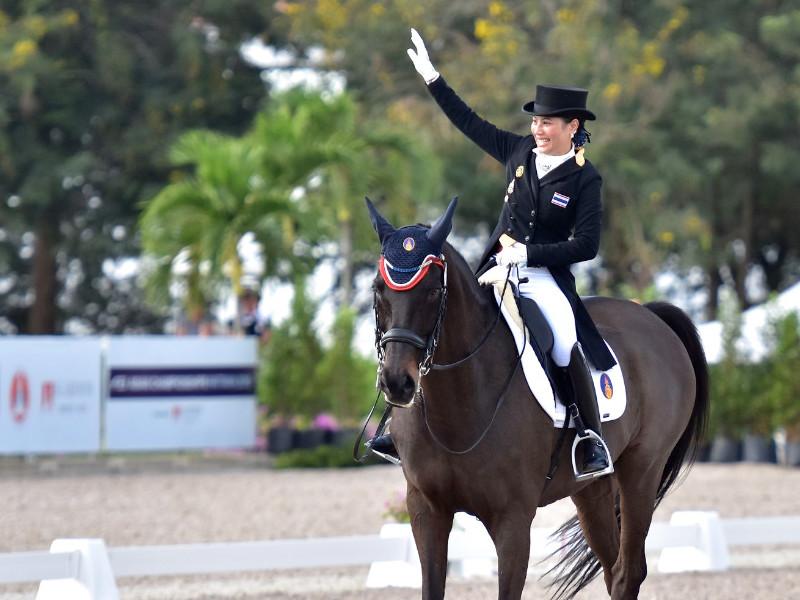 History will be made this summer at the Tokyo Olympic Games. For the first time ever, a team of equestrian athletes from Thailand will participate in a Summer Olympiad.

The Thai equestrian team earned their ticket to the Tokyo Olympics by securing an outright berth as one of two top-ranked nations, not yet qualified, at the International Equestrian Federation (FEI)-designated Olympic qualifiers for Group F and G (Africa, Middle East, Asia and Oceania) in Saumur, France and Baborówko, Poland.

While all of the best sports betting sites will offer odds on every Olympic sport, the likelihood of the Olympic newcomers from Thailand coming home with a medal will be remote. Still, that doesn’t lessen their historic accomplishment one bit.

The country has seen riders qualify as individuals for past Olympic Games. However qualifying a team is a unique and demanding accomplishment. To gain a spot in the eventing team competition, all three riders are required to meet the Olympic standard. Just 15 countries qualified to compete in eventing.

Eventing is the supreme test of an equestrian athlete, as it encompasses competition in all three of the sport’s disciplines – Show Jumping, Dressage, and Cross Country. By qualifying in the team eventing competition, all three Thai riders are also eligible to ride in each individual competition at the Tokyo Olympics.

The Tokyo Summer Olympics will be held from July 23-August 8, 2021. The Thai riders and horses are currently training in France in preparation for the Summer Games. They will be required to relocate to Aachen, Germany in July for horse quarantine prior to the competition.

Athletes also must undergo two rounds of COVID-19 screening before being given permission to enter Japan. Once there, they will receive daily testing for the duration of the Olympics. Spectators will not be allowed to attend the Games but the International Olympic Committee is allotting one ticket per horse owner to enable them to attend the equestrian events.

The Olympic eventing berth is the latest step in a 10-year plan to elevate the caliber of Thailand’s equestrian program. The results speak for the work that is being done in this regard.

The Olympic eventing spot marks the third major achievement by the Thai Equestrian Federation over the past four years of competition.

The Thai team won a Team Bronze Medal at the 2018 Asian Games in Jakarta. They followed that up with double gold-medal performances in both team and individual disciplines at the 2019 FEI Asian Championships, which were held at the Thai Polo and Equestrian Club in Pattaya. Teams from 13 nations across Asia were represented in the competition.

“This is an event we hope will be repeated on a regular basis to bring the equestrian communities of Asia closer together and provide opportunities for our riders to shine and excel,” Dr. Harald Link, president of the Thailand Equestrian Federation, told Thailand Tatler.

“FEI Championships Pattaya 2019 not only positioned Thailand as a world-class equestrian destination and helped to elevate the standards of Thai equestrians to an international level, it also showcased our world-class event organization and presented a great opportunity for riders to gain more experience, to prove themselves to the world and prepare for the 2020 Olympics.”

Link, a world-class polo player, and Mrs. Nunthinee Tanner, vice president of the TEF, are providing hands-on leadership to the organization. Over 75 percent of the horses used by TEF riders in competition are owned by the two of them.

Another vital element in the growth of Thai equestrian riders on the international stage is the coaching and mentorship they are receiving from legendary French Eventing athlete and trainer Maxime Livio. He has coached the TEF quad since 2013.

Livio is an accomplished athlete in his own right. He lists 25 wins in major FEI Evening competitions, including a bronze medal at the 2018 World Equestrian Games, and is consistently ranked among the top French riders.

The Thai Olympic team is currently training with Livio at his stables in France.

Nets vs. Bucks score:Milwaukee pick up big win over Brooklyn in Game 3