Oliveira won by 0.730 seconds over Ducati Duo Jack Miller and Francesco Bagnaia at the Chang International Circuit in a race that was extensively delayed due to weather in Buriram.

It was a lengthy race, but I’m not going to complain. I’m always super-fast when we get an opportunity to race in the wet Oliveira, said.

He told a press briefing that he had flashbacks to Indonesia when it started raining but wanted to stay grounded and avoid making mistakes. I’m pleased with our season-ending victory, he said.

Pramac Ducati’s Johann Zarco had Francesco Bagnaia struggle for his third-place finish, but he hung on to cut Frenchman Quartararo’s lead in the standings from 18 to two points.

“I’m quite thrilled; this podium is like a win for me,” Bagnaia remarked.

“I’d want to thank Jack (Miller), who gave me a motivating talk before the race, and we talked a little bit.” 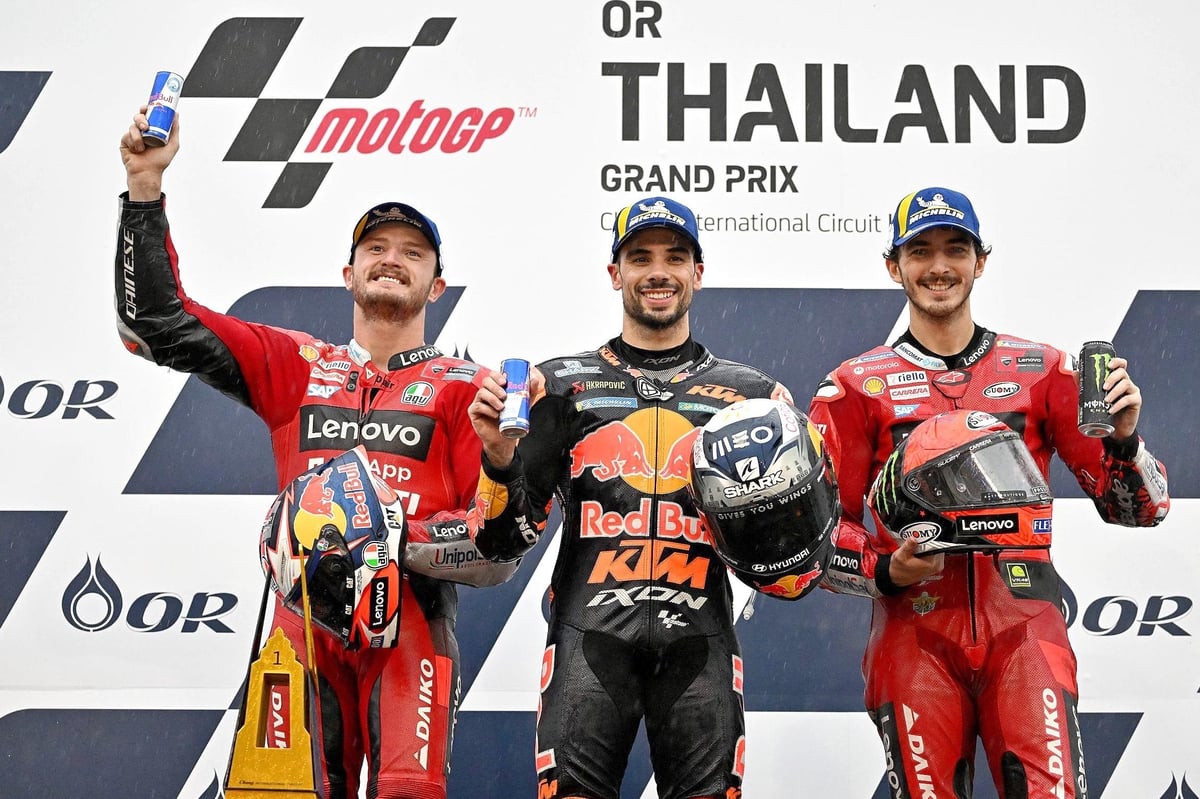 Quartararo had a poor race start, slipping from fourth on the grid to 17th on the opening lap before finishing outside the points.

Aleix Espargaro of Aprilia Racing also gained ground in the overall standings, closing the gap to Quartararo to 20 points despite finishing 11th due to a long-lap penalty after a collision with Brad Binder.