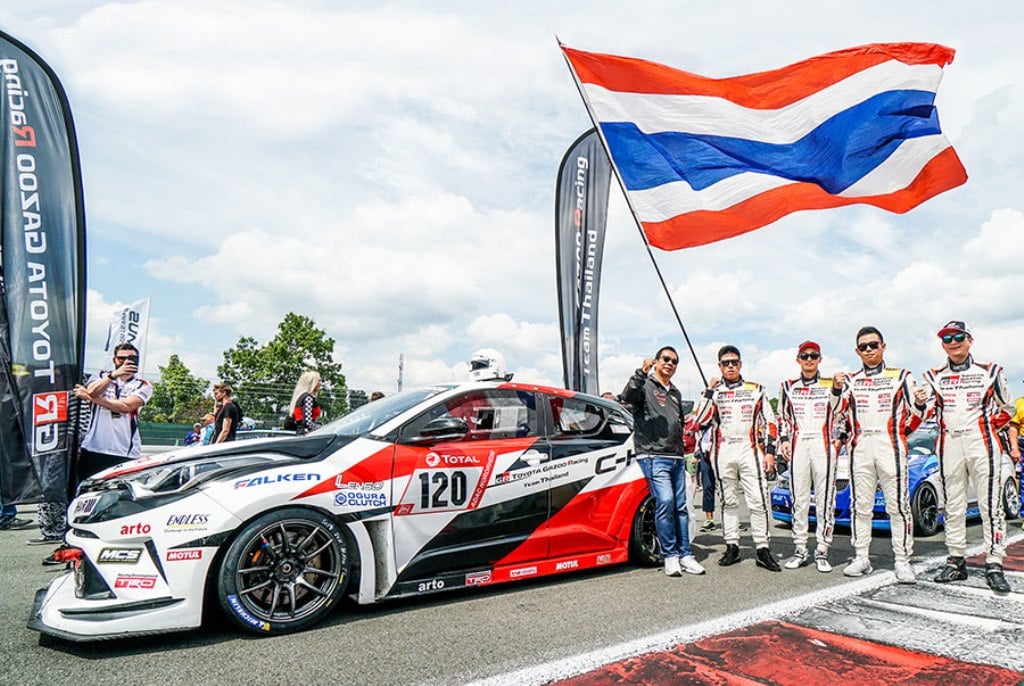 Motul powered Toyota Gazoo Racing team returns to one of the most notorious tracks in motorsport this weekend, as 125 touring cars from various classes look to battle it out around the arduous 25km track for the 49th edition of the ADAC 24 Hours of Nurburgring.

Aptly nicknamed The Green Hell, the perilous Nurburgring track situated among the Eifel mountains in western Germany has hosted the 24-hour endurance classic since 1970. Asian racing fans will have a home-grown team from Thailand to cheer for, as the Motul-supported Toyota Gazoo Racing Team Thailand gears up to enter their two Toyota Corolla Altis GT N24 cars in the historic race.

The team is looking to build upon their success from 2020, where they managed to place 1st and 2nd in the SP3 class. Toyota Gazoo Racing Team Thailand will once again be entering the #119 and #120 Toyota cars in the SP3 class. SP3 cars are classified by those with engine displacement up to 2000cc.

Nurburgring ia a true test for man and machine

The all-Asian seven driver line-up will compete for the coveted Nurburgring trophy around the snaking and undulating circuit, which has proven to be a true test for man and machine. The track sets the stage for display of supreme driver ability as they get their heads down to battle the adverse conditions and bring the car home.

The team is going into the weekend with high expectations from fans to defend their champion status. After entering the competition for their first race in 2014, they are the first and only Thai team to compete in the world renowned 24-hour race.

Having quickly risen to the top of the class, Toyota Gazoo Racing Team Thailand has greatly contributed to put Thailand on the international motorsports map. The resilience, grit and determination shown by the team has helped them to overcome numerous challenges and prove themselves to be the best in their category.

The ADAC TOTAL 24-hour Nurburgring race is infamous for its dramatic elevation changes, bumpy tarmac and unpredictable weather, making it extremely challenging for the cars to perform on the limit for an extended period of time. With the engine working overtime to cover nearly 4,000km over 150+ laps without breaks, the team uses the flagship Motul 300V motor oil to ensure high performance.

Furthermore, to lubricate over 100 gear changes each lap, the Gear Competition lubricant is used to keep the gearbox functioning throughout the 15,000 transmission changes over the length of the race. The triumph in the 48th installment of the race was a strong testament to the reliability and utility of Motul products both on and off the track, as they look to reiterate that once again in this year’s 24-hour endurance.

Additionally, Motul products will be used by the Frikadelli Racing Team for their #30 and #31 Porsche 911 GT3 R cars in the SP 9 class, with a full eight-driver Porsche factory roster.

Motul is also the motor oil of choice for Glickenhaus Racing LLC, who will be competing in the SP-X class with their #704 SCG 004C, which looks primed to outperform its top-15 debut in 2020. Several other teams on the grid have already adopted Motul products to keep their cars functioning at the optimum level.

24H of Nurburgring Schedule (All times in GMT+2)

Motul is a world-class French company specialized in the formulation, production and distribution of high-tech engine lubricants (two-wheelers, cars and other vehicles) as well as lubricants for industry via its Motul Tech activity.

Unanimously recognised for more than 150 years for the quality of its products, innovation capacity and involvement in the field of competition, Motul is also recognised as a specialist in synthetic lubricants. As early as 1971, Motul was the first lubricant manufacturer to pioneer the formulation of a 100% synthetic lubricant, issued from the aeronautical industry, making use of esters technology: 300V lubricant.

Motul is a partner to many manufacturers and racing teams in order to further their technological development in motorsports. It has invested in many international competitions as an official supplier for teams in: Road racing, Trials, Enduro, Endurance, Superbike, Supercross, Rallycross, World GT1, 24 Hours of Le Mans (cars and motorcycles), 24 Hours of Spa, Le Mans Series, Andros Trophy, Paris-Dakar, 8 Hours of Suzuka, Bol d’Or, Daytona 200-mile motorcycle race.