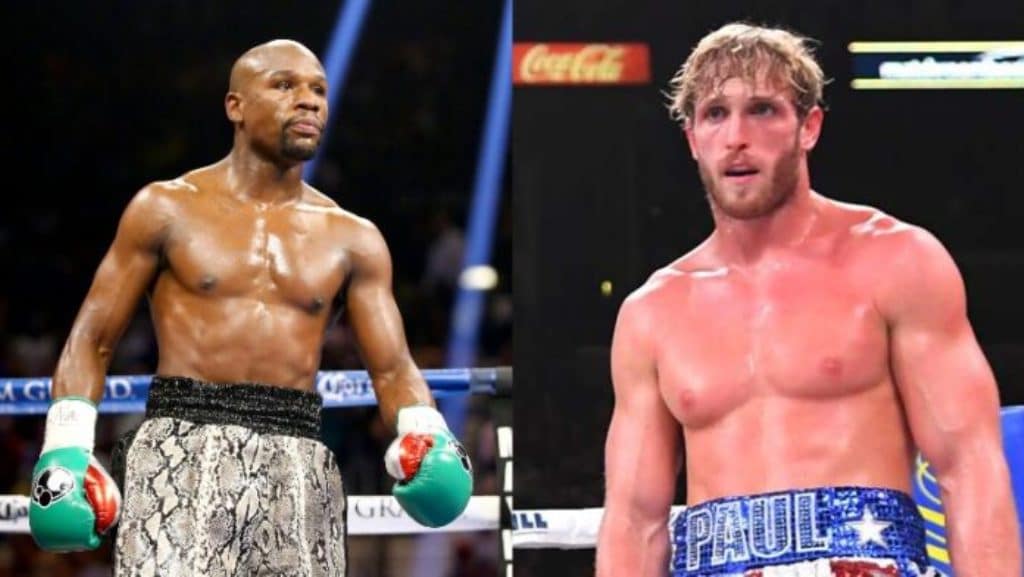 Boxing fans worldwide are wondering if Logan Paul can actually manage the unthinkable and beat boxing legend Floyd Mayweather when the two step into the ring for their boxing match in Miami Gardens, Florida on Sunday.

That’s the question that has dominated the fight world all week, even as the overseeing commission in Florida announced that there will be no judges for the fight, nor a winner announced at the conclusion of the eight rounds.

There is one clear way for Mayweather or Paul to get a “win,” however, as the referee can stop the fight or a fighter could be knocked out. Given Paul’s massive height and weight advantage and Mayweather’s huge edge in pure boxing skills. Furthermore a knockout is certainly on the table and adds a bit of extra interest in how the action plays out when the fight airs live on Showtime pay-per-view this Sunday.

Should Logan Paul (0-1) actually defeat Floyd Mayweather (50-0, 27 KOs) at Hard Rock Stadium in Miami Gardens, Florida, what would that even mean? Would the sun still come back up on Monday morning? Would the sport or the reputations of either fighter ever be the same again?

It’s a (somewhat) realistic possibility that could have an interesting potential ripple effect.

“Wow, that’s the unthinkable,” Mayweather Promotions CEO Leonard Ellerbe reluctantly told CBS Sports. “Anytime you step into that ring and you have guys that are throwing punches at one another, any damn thing can happen. That’s the reality.”

For a event that has received so much attention — in part, fueled by Paul’s younger brother, 26-year-old Jake creating his own bad blood with Mayweather by stealing his hat and sparking a brawl — the intrigue for consumers has seemed to center more around the potential for car-wreck spectacle entertainment or the hope of seeing Paul knocked out.

Any conversations of how Paul might use his physical advantages to either outbox or knock out Mayweather have also been brief.

A big part of the reason, beyond the obvious gap in experience that has fueled the offshore betting odds, might be because of the affable and almost goofy nature of Paul’s on-camera character. Part trash-talker and internet troll, Paul has built a podcasting and social media empire (including over 28 million combined YouTube subscribers) behind a very sarcastic persona that is never above taking shots at himself or — in this case — even his own chances of winning.

Paul’s description of what the world might look and feel like following a Mayweather loss might not be far off. From Ellerbe’s perspective, it’s a large part of the fuel that has made Paul such a cocky underdog.

The difference, however, beyond the obvious ones like skill, is that Ellerbe knows Mayweather is ready and waiting for this kind of troll job attempt. Although he was caught off guard by the juvenile nature of the whole “Gotcha Hat” episode, as it pertains to what happens between the boxing ropes, Floyd Mayweather is nobody’s fool.

“Can you imagine if something went wrong in this event? This would completely break the internet and Floyd is very mindful of that,” Ellerbe said. “That’s why Logan Paul is licking his chops because he is the bigger, stronger guy. Even though he doesn’t have exceptional skills as the high level boxer, any damn thing can happen and Floyd is very mindful of that. You have weight classes for a reason.”

Mayweather has talked a good enough game, particularly in Showtime’s pre-fight documentary series, to present the appearance as if he may not be taking training as serious as needs to.

The quotes he dropped of “it really doesn’t matter if I have an intense training camp or don’t, this kid doesn’t have a chance in hell,” might be humorous but Mayweather is well aware of his age and didn’t become the richest athlete of his era without being mindful to turn over every stone.