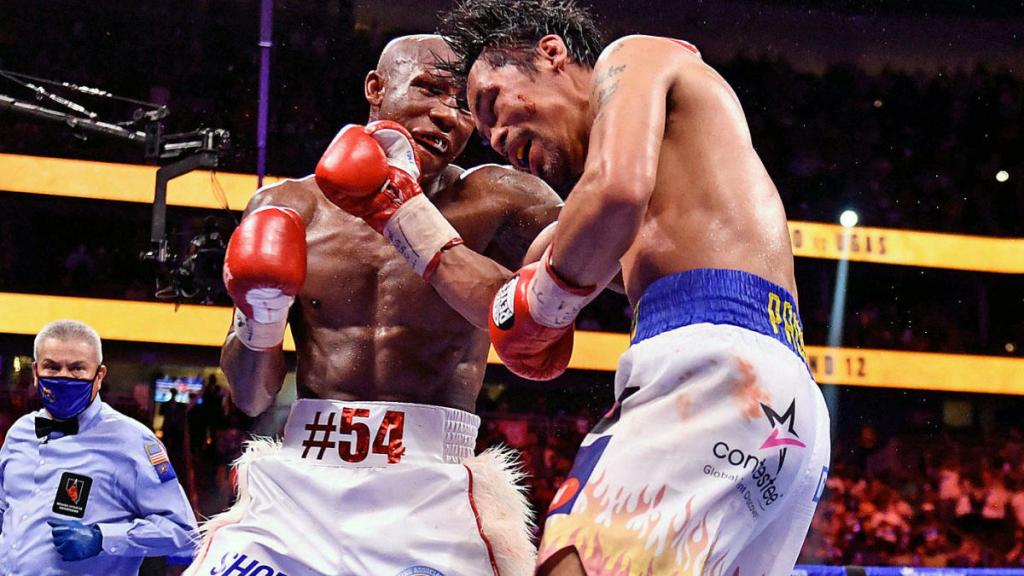 Manny Pacquiao looked all 42 years of his age on Saturday. Now, the living legend must decide whether his boxing future is behind him.

The defeat left Pacquiao (62-8-2, 39 KOs) unsure about his fighting future as rumors continue to swirl that the Filipino Senator will make a run at the presidency in 2022 for his native country.

“I’m sorry that we lost tonight, but I did my best,” Pacquiao said. “I don’t know, I don’t know. Let me rest first and relax [before] I make the decision of whether I will fight or not.

Ugas, 35, turned out to be a problem Pacquiao had trouble solving, particularly over the second half of the fight. Fighting behind his high guard, he was defensively responsible enough to prevent Pacquiao from overwhelming him with flashy combinations while slick enough to counter clean with right hands. 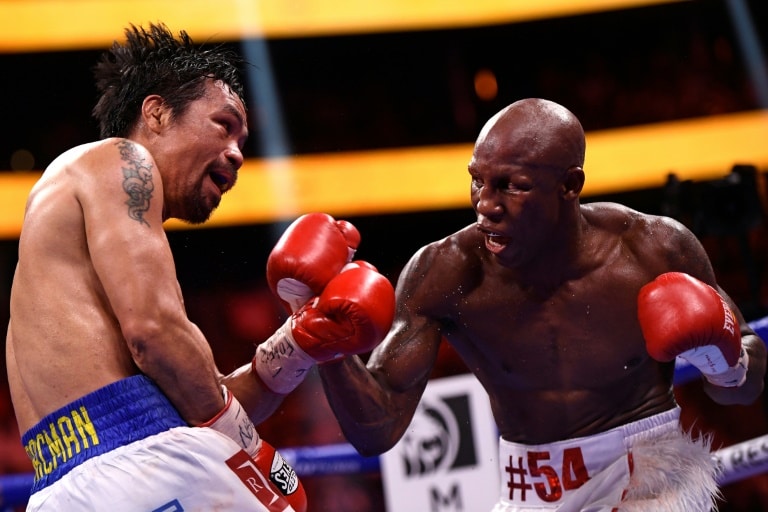 Manny was aggressive throughout, advancing with flurries of punches from the opening round, few of his blows did inflicted damage on Ugas, who cleverly used his advantages in reach and height to frustrate Pacquiao.

Ugas meanwhile scored consistently with crisper punches that often rocked Pacquiao back on his heels. Ugas’s jolting left jab caused problems for Pacquiao throughout, and he repeatedly did damage with a series of powerful rights.

After a cagey opening round, Ugas quickly asserted himself in the middle rounds, startling Pacquiao with a left-right combination in the fifth before ending the sixth with another hard right.

A T-Mobile crowd of 17,438 tried to rally Pacquiao with chants of “Manny, Manny” throughout but the Filipino’s legion of admirers grew steadily more subdued as the rounds wore on.

Pacquiao, with a cluster of red marks on his cheek and forehead a testament to Ugas’s increasing effectiveness, continued to come forward as he sought a big round to change the complexion of the contest.

But Ugas would not be denied, and he had Pacquiao scrambling onto the defensive once again after landing a double left jab and a right hook in quick succession in the 10th, before closing out the final rounds to win.