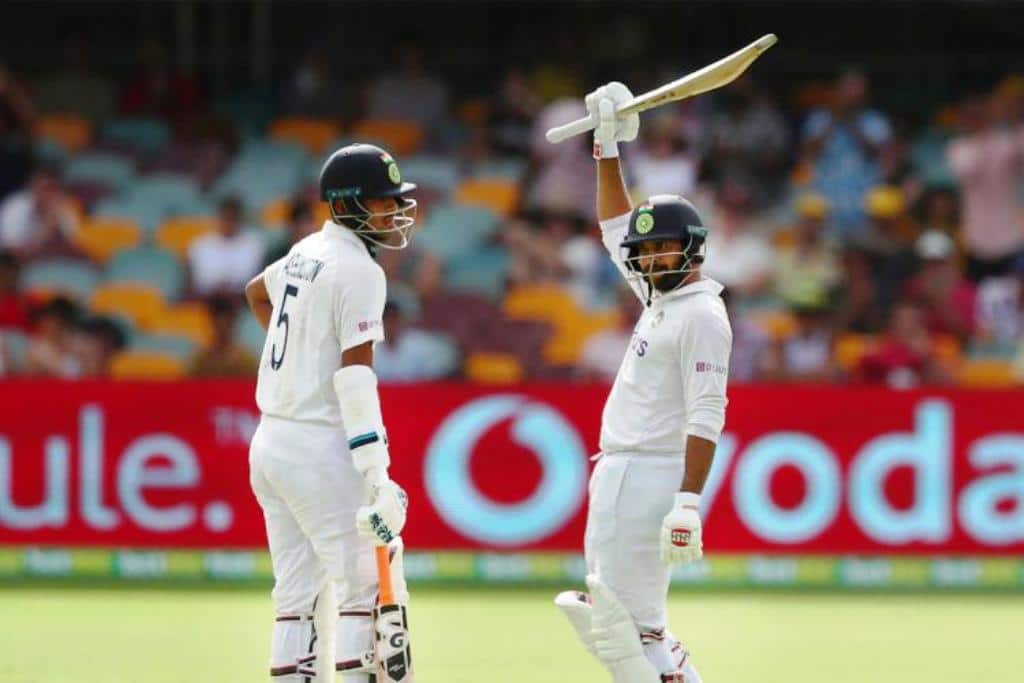 For the second innings in a row, India found resistance from their last recognized batting pair to deny Australia a strong push for a win. On this occasion, it was debutant Washington Sundar and fast bowler Shardul Thakur batting together for 36 overs, across sessions, and making maiden Test fifties to help India post 336 after they were reduced to 6 for 186 just after lunch. They added 123 for the seventh wicket.

Australia still finished the day with a handy lead and two full days left, but the rain forecast for the last two days is sure to play on their minds as they seek a 2-1 scoreline for the series, the only one that guarantees the Border-Gavaskar Cricket Trophy for them.

But until David Warner’s brief counter-punch at the end of the day, the hosts had looked tired and subdued after what had been a brilliant start. Having started off bowling short to India’s overnight batsmen, Cheteshwar Pujara and Ajinkya Rahane, Australia quickly adjusted to a fuller length in the opening hour. Rahane nearly fell to two of those fuller ones, looking to drive Mitchell Starc through cover and finding the gap between third slip and gully on both occasions. Pujara looked the more comfortable batsman through that period, latching onto anything marginally short for runs through point, but it was him Australia broke first. Once again, it took a good length delivery that slanted in and straightened to catch the thin edge of an angled bat. Josh Hazlewood, who was by far Australia’s best bowler on the day, made it five out of seven for such dismissals in the series for Pujara. It was the first of five that Hazlewood would take in the day.

Starc managed to get Rahane in the slips eventually, with a fielder placed exactly where the previous two edges had gone, and India’s captain attempting the same flowy drive outside off again. With a lead of above 200 at that point, Australia had Mayank Agarwal and Rishabh Pant standing in the way of the lower order.

Agarwal’s return to the team at No. 5 – the first time he’s ever batted there in first-class cricket – was a much more sedate affair than his trials against the new ball earlier in the series. With the prospect of Starc swinging it into him all but out of the picture, he was more assured about leaving deliveries outside off. It also helped that the majority of the early part of his innings consisted of either Cameron Green or Nathan Lyon bowling at him while he picked up runs and confidence going into lunch.

But Hazlewood was back at it in the afternoon session, pecking away in the corridor until Agarwal had a swipe away from the body to find the slips after he’d made 38. Six overs later, Pant failed to steer Hazlewood past Green at gully, and his 23 became his first sub-25 score in 11 innings in Australia. Australia were 183 ahead with just under two full sessions left in the day but would soon find the game swiftly being taken away. Thakur, in particular, came out in the swashbuckling manner that characterises his batting down the order in limited-overs cricket. He opened his scoring by hooking Pat Cummins for six and drilling him past his boot a couple of balls later.

It would evolve into a more sedate, mature innings from a man who plays those often in Ranji cricket. Alongside him, Sundar looked compact and organised, qualities that had stood out as he broke into senior cricket as a top-order batsman.

Australia went back to being shorter by the middle of the day, and both Thakur and Sundar copped a few on their hands as they looked to navigate that phase. But every now and again, they managed to find boundaries off their pads, and gradually string a few together to put pressure on Australia.

By the peak of their stand, they were driving with authority, and treating Nathan Lyon with disdain as Tim Paine counted down to the new ball. Except, eight boundaries came within the first 11 overs of that new ball. The partnership went from parody to serious stuff swiftly, with moments that will string along to the many iconic ones India have produced over the course of the series between Australia and India. Front and centre from Sunday’s collection will be Thakur stepping out and clubbing Lyon over long-on to bring up his fifty, and Sundar picking the same spot with a no-look slog-sweep.

So flustered were Australia, that even after separating the pair, it took nine overs to bowl out the rest of India. Perhaps nothing told the story of poor strategy as much as Australia bowling bouncers at T Natarajan, a man averaging 2 in first-class cricket, in an attempt to set him up for the yorker (he blocked those with ease). Along the way, Paine had also dropped a half-chance high to his right that would have ended Sundar’s innings earlier, and added two more contentious DRS reviews to his infamous list.

Hazlewood was the only bowler who seemed to stick to the plan that worked best on this wicket – which is, to be on the fuller side of a good length – that seems to be easier to score on the shorter the length. He completed his ninth five-wicket haul by picking up the last two wickets before Warner and Harris took Australia to stumps 21 for no loss, 54 ahead with a tricky two days to come.