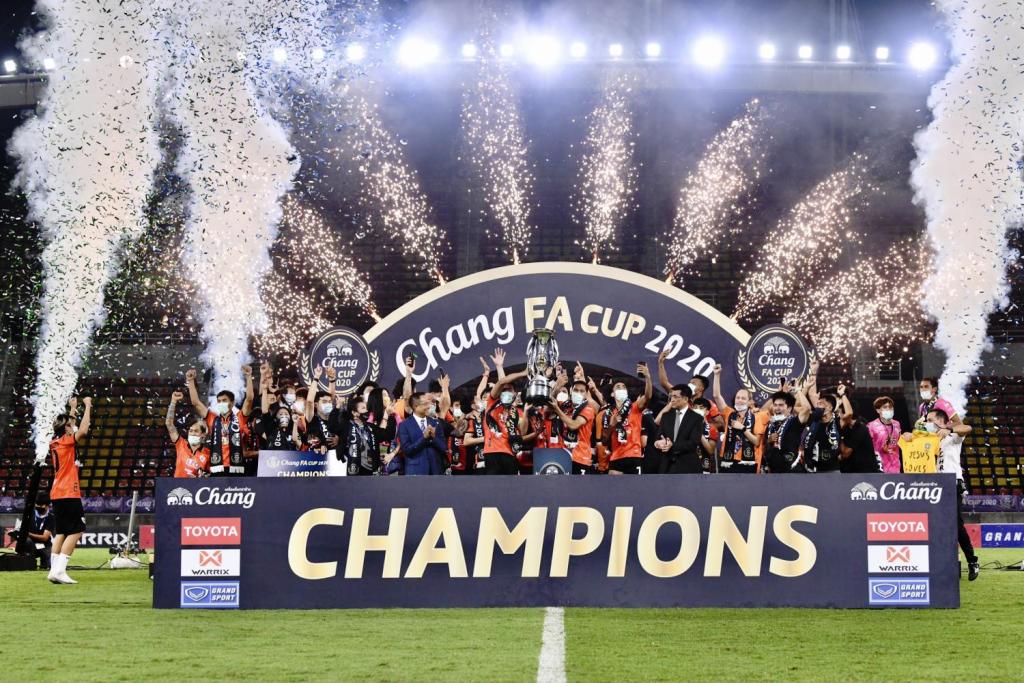 Chiangrai United has won the FA Cup for the third time after an overtime shootout with Chonburi FC earning them a place in the 2022 AFC Champions League group stage.

Chiangrai United edged Chonburi FC 4-3 in a penalty shoot-out following a stalemate after extra time in the FA Cup final on Sunday night.

The three time FA Cup champions received 5 million baht in prize money and earned a place in the 2022 AFC Champions League where they will be joined by this year’s Thai League 1 winners BG Pathum United.


Chiangrai United and Chonburi FC were both two-time FA Cup champions however the beetles came out on top on Sunday. The beetles have also been one of the most successful teams in recent memory.

No spectators were in sight at Thammasat Stadium last night as the match was played behind closed doors after a new wave of coronavirus cases started spreading rapidly across the country.

The beetles captain Phitiwat Sukjitthammakul told CTN News: “We were really ready for this game, we are good enough to beat Chonburi and bring the trophy back home.”

Chiangrai United entered the FA Cup championship as heavy favourites based on their performance in the recently concluded Thai League 1. However Chonburi FC were able to match them for most part of the match.

Chonburi skipper Kroekrit Thaweekarn said: “This is the first final for many players in our team. We all want to win the title.”