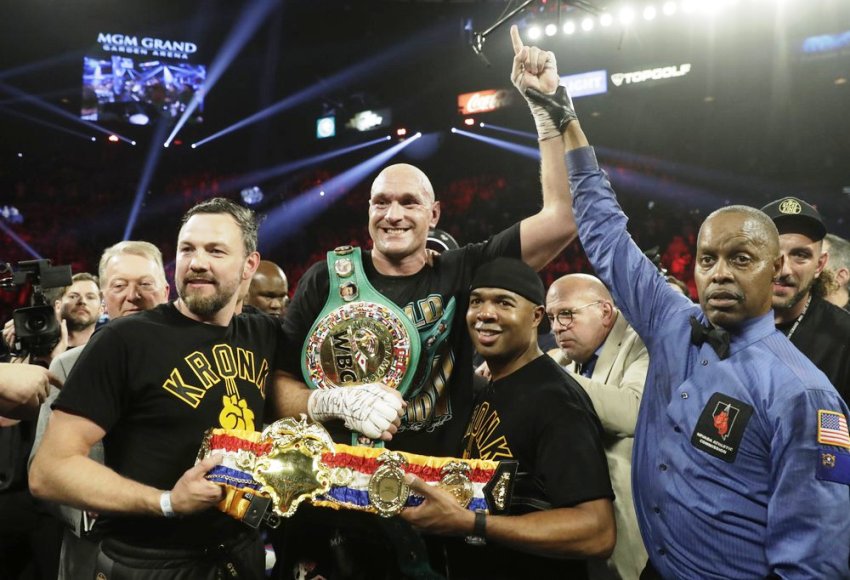 Fourteen months after their dramatic split-decision draw, Britain’s Fury dominated the America’s Wilder. Who had blood dripping from his left ear and leaking from his mouth when Wilder’s corner threw in the towel.

“The king has returned to the top of the throne,” said Tyson Fury, who had dropped Wilder in the third and fifth rounds.

A massive right from Fury knocked Wilder down in the third round leaving him on wobbly legs. Although he went down again moments later it was ruled a slip.

A huge left to the body had Wilder down again in the fifth. Tyson Fury was raining blows on Wilder when the referee called a halt in the seventh round. After one of Wilder’s corner team threw in the white towel into the ring to save him from further punishment.

Two of the judges had the Briton Tyson Fury winning every round, while the third judge gave one round to Wilder.

The 34-year-old American suffered his first defeat in 44 fights, falling to 42-1 with 1 drawn and 41 knockouts.

“Even the greatest have lost and come back,” Wilder said. “I make no excuses. This is what big-time boxing is all about.”

The fight, was the biggest heavyweight collision since Lennox Lewis bludgeoned Mike Tyson into submission in 2002.