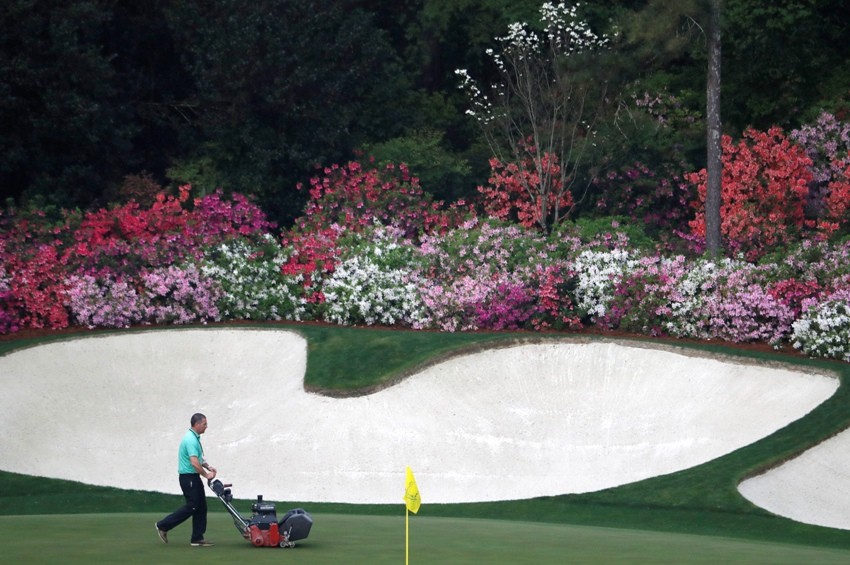 Golf’s first major of the year is set to get underway next month, as Augusta National plays host to the Masters. Many famous names over the years have won the coveted green jacket and bet on golf. Northern Irishman Rory McIlroy is also a favourite to win the Masters.

But equally as iconic as the winner’s prize, is the famous course itself.

The site was formerly a nursery and thus, each hole is named after a tree or shrub with which it has become associated. However, some areas of the course have become famous in their own right and here we take a look at some of the landmarks and treacherous threats that Augusta National possesses.

For decades, the legendary Amen Corner has caused many a problem. Loved by spectators and hated by professionals, the hallowed green begins at hole 11 and ends at hole 13. But where did its name come from? Well it was coined in 1958 by Herbert Warren Wind, who wrote in a Sports Illustrated article: ‘down in the Amen Corner where Rae’s Creek intersects the 13thfairway near the tee, then parallels the front edge of the green on the short 12thand finally swirls alongside the 11thgreen’.

The three holes are among the hardest on the course. The 11th is guarded by a pond on the left-hand side, while swirling winds often play havoc at the 12th – just ask Jordan Spieth who had an iconic meltdown in 2016. At this stage of the course, there’s no room for error.

At the end of Amen Corner is Rae’s Creek. Hole 12, or Golden Bell as it is known, is one of the most famous holes in the world. Here, many a golfer have been thwarted in their bid to win the Masters. The varying winds play a factor, as it makes club selection difficult. But the narrow green, looming waters and three bunkers also pose a threat. The creek flows between the 11th and 12thgreen and was named after an Irishman, John Rae. He lived in Augusta, where the creek met the Savannah River and he famously established a mill nearby. Georgia maps then named the waterway ‘Rae’s Creek’ in his honour.

The 17th hole, Nandina, used to be home to the Eisenhower Tree. A homage to the 34th American President, who was also an Augusta National member. Folklore says that Eisenhower hit the tree so many times, he threatened to have it cut down. It was forever been associated with him by global golf players.

It posed many challenges to global golf professionals too, including Tommy Aaron, who hit a shot that became known as the ‘lost ball incident’. The ball could not be located and Aaron claims the following day, the ball apparently fell from a perch on the tree. In 2011, Tiger Woods was playing a shot underneath the Eisenhower Tree, when he slipped on some pine straw and consequently damaged his left knee and Achilles tendon. As a result, he had four months out, missing the PGA Championship and the US Open – a change for further success.

However, in 2014, the tree was removed, following an ice storm. The Augusta President, Billy Payne revealed at the time that arborists advised that no recovery was possible and so, the tree had to be removed. While it no longer befuddles professionals, its presence is missed out on the course.

Since it was established in 1933, Augusta has undergone many changes. From alterations to the holes’ distances and repositioning bunkers, to changes to the fairways. It remains a challenge for many global golf players with world golf rankings. Predicting the winner is never easy, which is why winning the green jacket is the greatest honour.

Who Will Win the Indian Premier League IPL 2020