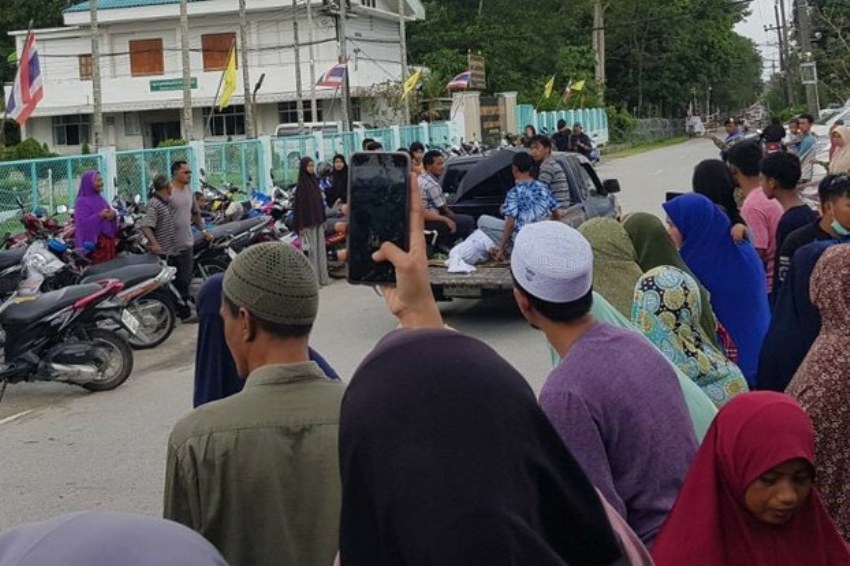 Ten people, including three students, were injured by a motorcycle bomb blast in Southern Thailand on Monday. Its believed to be revenge for the killing of five suspected insurgents in Narathiwat on Sunday.

A home-made bomb strapped to a motorcycle parked by the roadside was thought to have targeted a pickup truck. The pickup carrying the assistant chief of Saba Yoi district, and three security volunteers.

The truck was driving past the spot when the bomb was detonated. The explosion wounded the assistant chief and the volunteers. As well as the three students and three local residents who were bystanders.

Mr Chetsadakorn was wounded when the truck was thrown by the force of the explosion into a nearby ditch.

The insurgents who allegedly detonated the bomb then emerged from roadside bushes and opened fire on the injured officials. Consequently prompting the security volunteers to return fire. The attackers later fled.

Police suspected the attackers wanted to take revenge on the authorities after security forces gunned down five militant Sunday. The southern Thailand militants were killed on a mountain in Ai Sadia village in Narathiwat’s Cho Airong district.

According to the Thairath the suspects were believed to be members of a group which stole weapons from the 4th Development Battalion in Southern Thailand in 2004.

Among weapons seized after the clash on Sunday were M16 assault rifles. They were stolen from the development battalion 16 years ago, said Col Watcharakon On-ngoen.

Meanwhile, a tourist bus has crashed and overturned killing two passengers and injuring 18 others in southern Thailand on Sunday, police said. The accident occurred at about 11.30am while a bus was taking tourist to Songkhla province.