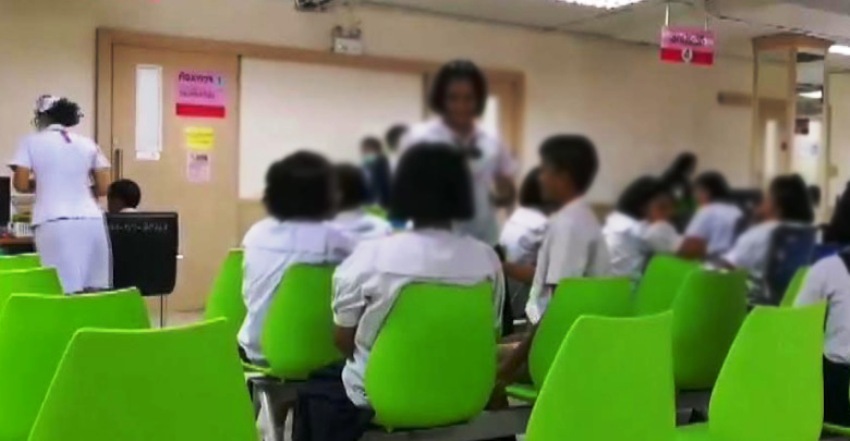 Nearly 100 students from a school in southern Thailand‘s Nakhon Sri Thammarat Province were sent to hospital for food poisoning. Health officials said they all started getting diarrhea one by one.

The students developed food poisoning after they all had boiled eggs made by the school. Some developed symptoms on the same day while some started vomiting and had diarrhea in the morning.

One of the teachers hired a Song-thaew truck to deliver primary students to the Nakhon Sri Thammarat Hospital. As more and more students got sick, some were sent to other hospitals. Almost 100 students were suffering from diarrhea and dehydration.

One of the parents also stated that her child had diarrhea and was throwing up non-stop. Many students started showing symptoms before lunchtime arrived. Furthermore as more and more students started becoming sick, the teachers decided that the students needed to see a doctor.

According to Thairesidence news teachers revealed that the students had boiled eggs made by the school. The students returned home and started getting diarrhea while many developed food poisoning symptoms.