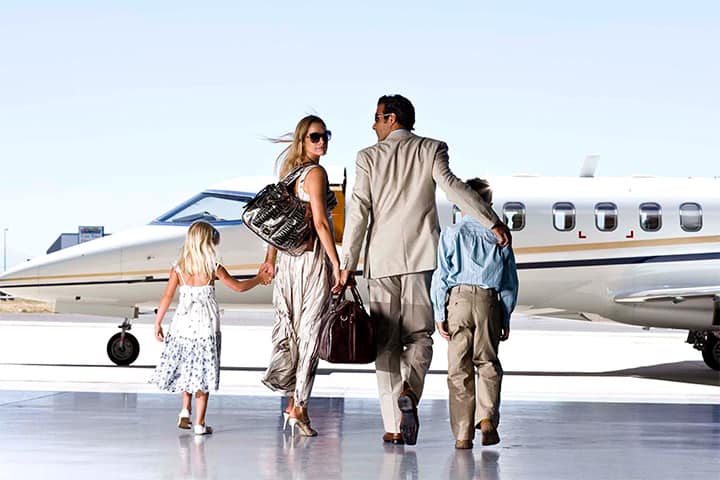 Four French tourists recently arrived in Phuket on a private jet. They were approved to enter Thailand by the CCSA. Above all to test the readiness of COVID-19 preventive measures on the resort island. Their entry is ahead of a wider reopening to foreign tourists, said Phuket Governor Narong  Woonsiew on Wednesday.

He assured that the provincial administration has strictly enforced the preventive measures imposed by the CCSA. Furthermore that foreign tourists used to bring about 400 billion baht a year into Thailand in foreign exchange. He warned that, if nothing is done to improve the situation in the coming months. Phuket will be in serious trouble.

Even more, Sub-Lt Thanee Chuangchoo, director of Phuket international airport, said that Phuket had been chosen for the trial opening of the country to foreign tourist arrivals, with the four French tourists being the first, with the consent of both the CCSA and Thailand’s Foreign Ministry.

The four French visitors cleared screening on arrival at the airport, before they were taken to a hotel for alternative state quarantine (ASQ) for 14 days. During which they were subjected to additional tests, under the close supervision of provincial health officials. Also security guards ensured that they were confined to the ASQ throughout their quarantine period.

After the completion quarantine, the foreign tourists continued their journey to Cambodia. Which is their final destination, said Thanee, adding that the trial was successful.

Thai Government Finalizes Plan for the Entry of Foreign Tourist

A senior Thai Government official has said that plans to reopen to long-term foreign tourists should be finalized before the end of October. The plan is intended to help revive the ailing tourism sector and save millions of jobs.

It seeks to allow visitors to enter Thailand through international airports provided they do a mandatory 14-day quarantine at the port of entry. They would then be allowed to travel freely, according Thai government official Thosaporn Sirisumphand, secretary of the Centre for Economic Situation Administration.

As one of the most tourism-reliant economies in the world, Thailand is facing a severe contraction this year. The hospitality and tourism sectors are counting on the return of international visitors. Who contributed up to two-thirds of tourism income before the pandemic. Above all to reverse a slump in business and save up to 3.27 million jobs.

The government and businesses are weighing the cost between curbing infections and limiting the damage to the economy. Which is forecast to contract 8.5% this year. A plan to reopen the island province of Phuket to foreign tourists has been delayed due to a resent local covid-19 infection the Thai government official said.