Inspirations To Select A Personal Injury Lawyer In Toledo

How to write a Good Review: Here’s the Three-Point Outline for Sharing your Opinion

Matt Gaetz Says, Women Who 'Look Like A Thumb' Don't Think About Getting Pregnant

What Are The Most Beautiful Forests in Europe To Hike in?

One-Time Cleaning: The Pros And Cons Of Such A Service

Most Beautiful Islands In The World 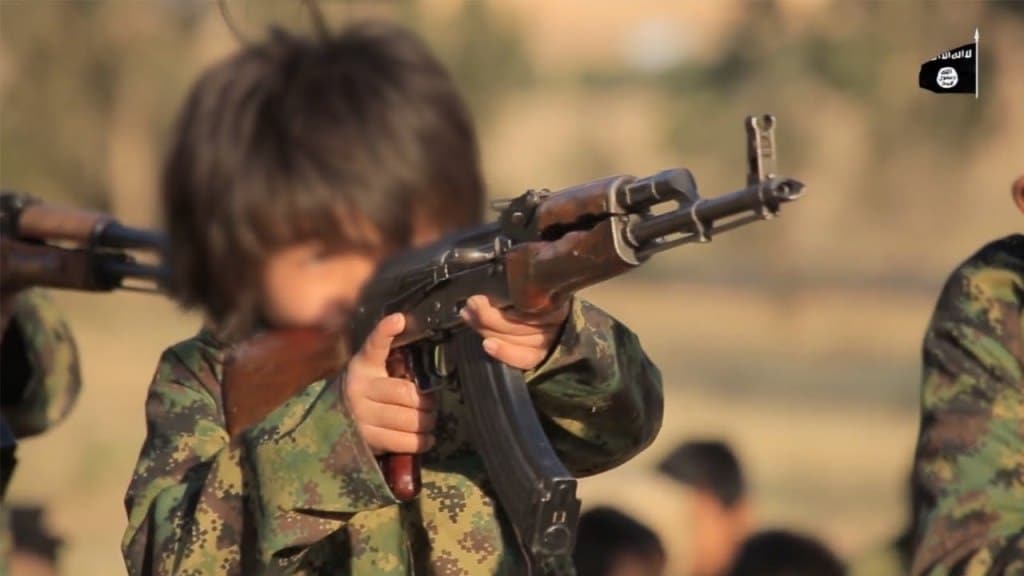 Each year tens of thousands of children under the age of eighteen are recruited as soldiers and used in armed conflicts around the world, notably in Afghanistan, Colombia, the Central African Republic, the Democratic Republic of the Congo, Iraq, Mali, Myanmar, Nigeria, the Philippines, Somalia, South Sudan, Sudan, Syria, and Yemen. That shows the scale of the problem, which can be observed in many regions of the world.

Over the last ten years, the number of violent conflicts has doubled and children have been disproportionately affected, UNICEF reports. Far too many innocent lives have been taken away and the brutal tactics associated with child recruitment as soldiers have contributed to it. Hence, it is critical to understand the seriousness of the issue and undertake steps aiming to put an end to this harmful practice. Sadly, however, the conscription of children for military purposes has become such a common occurrence that many wonder if it is not too late to create a protective environment where children would be shielded from recruitment and abuses by armed groups.

Child recruitment most frequently has a form of forced recruitment where children get abducted and threatened into submission. Once they are taken away from their families, they have no one to turn to for help. Armed groups know that children are easy to manipulate and indoctrinate, hence they specifically target them. They often employ strategies such as using social media to reach young individuals and convince them to join their ranks. They lure them in with promises of safety, education and general well-being. As many targeted children have been growing up knowing nothing other than war, the images these groups present seem particularly appealing.

Of course, once the children find themselves in these organisations, instead of their dreams of a better life coming true, they are subject to maltreatment so severe that their fundamental human rights are breached on a daily basis. Following the recruitment, children have to undergo military training after which they are assigned a wide variety of roles, ranging from fighters and suicide bombers to informants, messengers, and spies.

While recruiting children is harmful to both boys and girls, the latter are at risk of additional abuses in the form of sexual slavery and forced marriage. In fact, about fourty percent of all child soldiers are girls. Armed groups often entice them into joining their ranks by promising them loyal, respectful husbands and the chance to start their own families. As most of the young girls come from patriarchal cultures, where there is a big emphasis on the role of marriage and family, they can be easily deceived.

Despite the recruitment of children being condemned by the international community, numerous armed groups believe there are benefits from using children in conflicts. Firstly, children’s personalities can be shaped more easily than those of adults. Hence, if they grow up in a certain organisation, they are likely to stay loyal to it in adulthood. Secondly, it costs less to feed and maintain younger recruits. In addition to that, in recent years small, light arms have been popularised in conflict zones around the world so children can also be deployed in direct combat.

With respect to the groups who use children as suicide bombers, they get access to areas where they normally would not enter because of security checks. Children do not generate suspicion so the groups can target places frequented by civilians. Furthermore, a terrorist attack carried out by a child gets a lot of media attention, consequently getting the organisations the publicity they desire. Finally, using children generates more shock, and considering that terrorist organisations aim to spread fear amongst the population, child recruitment helps them achieve that.

Rejoining society after being liberated from armed groups is particularly challenging for former child soldiers. During their time in militant organisations, they see executions or even carry them out themselves. They also face abuses and exploitation, which are likely to cause psychological harm and have serious repercussions for the rest of their lives. Indeed, the majority of former child soldiers suffers from post-traumatic stress disorder (PTSD) and depression.

On top of that, when they try to come back to the communities where they had lived before, these children often face social stigma and discrimination. Because of that, they are likely to turn to violence again and return to the groups that gave them a sense of belonging.

Because of the complex nature of the problem, preventing and eradicating the recruitment and the use of children in wars is extremely difficult. Violations of children’s rights in war zones often go unreported, and individuals who are indoctrinated from a young age might find it challenging to undergo reintegration programmes and return to their previous lives. The international community must not ignore the seriousness of the issue and must promote policies that encourage better child recruitment monitoring and introduce more severe penalties for using children in conflicts. Without that, children’s participation in armed groups is never going to end.

Katarzyna Rybarczyk is a Political Correspondent for Immigration News. This is a media platform that helps to raise awareness about migrant injustices and news around the world and helps people get immigration advice.