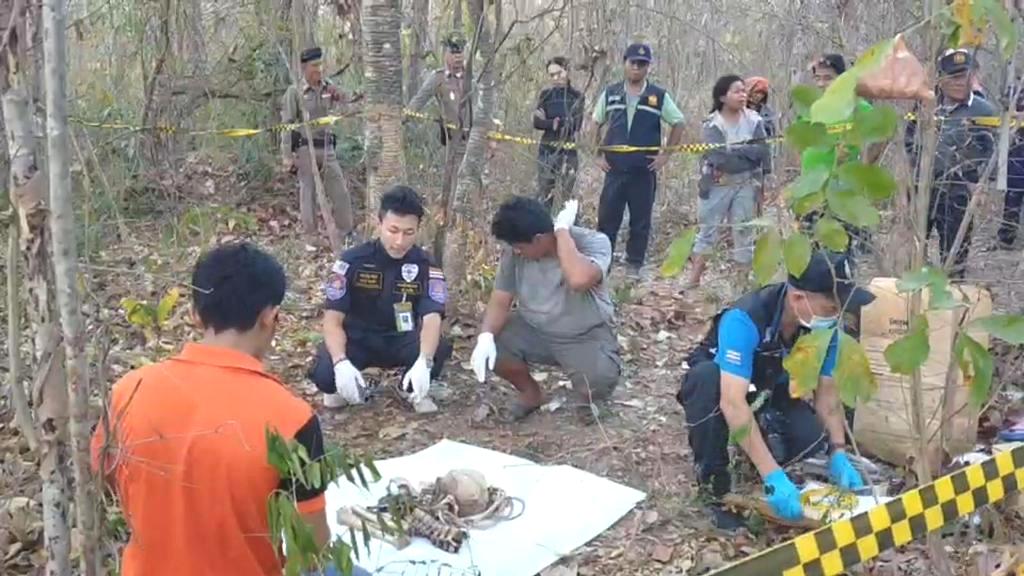 Phen Police Station in Udon Thani province have reported a human skeleton was found in a forest near Ban Khok Don Daeng village. The skeletal remains were discovered by a woman searching for herbs.

62 year-old Ms.Kammee Nokmuang, said that she was searching for herbs in the forest when she noticed a nylon rope hanging from a tree. When she decided to check it out, she was shocked to find a human skeleton at the base of a tree. She later reported her findings to the village headman.

Police said that the person had possibly been dead for four to five months. Furthermore traces of a black shirt was till clinging to the bones. All evidence will be sent to the forensic team to identify the victim.

Ms. Kammee believes that the skeleton was of her son Sarawuth Upala, 32. She said her son suffered from depression and left her house 4-5 months ago. She said traces of the black shirt were similar to one her son had.