Two Stuck And Killed By Lightning In Thailand

A 38 year-old mother of two was struck and killed by lightning in northeastern Thailand on Saturday afternoon in Buri Ram. Her husband, their son and daughter and another woman  were sheltering under the same tree were unhurt.

The tragedy occurred at about 3pm at a cassava plantation west of Non Sawan village in tambon Khao Khok.

Forty-year-old Suriyan Somjai said he and his wife Jureerat, 38, were working in the plantation, accompanied by their six-year-old daughter, two-year-old son and a female neighbour. When light rain began to fall, they sought shelter under a tree — a tree that moments later was struck by lightning.

Mr Suriyan said Jureerat fell to the ground unconscious while he and the others were left unhurt.

The female neighbour ran to the village and called for help.By the time other villagers arrived, Jureerat was dead.

Wirat Buahome, the kamnan of tambon Khao Khok, said an emergency unit with a doctor and rescue personnel was called to the village to examine the dead woman and the four survivors. 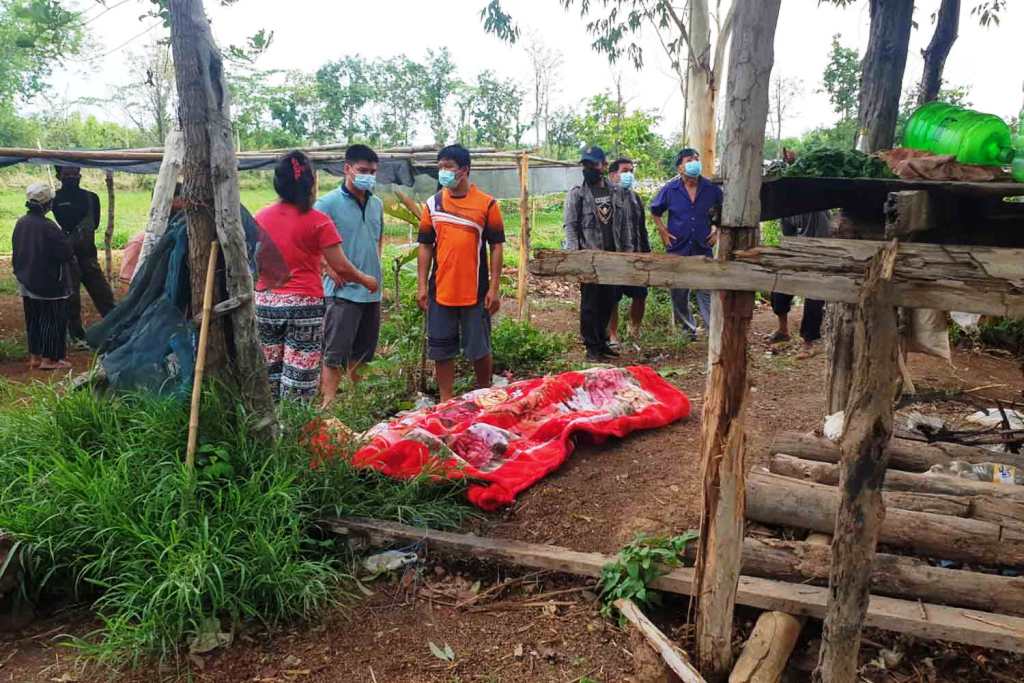 Last week authorities in Northeastern Thailand a farmer was found dead after apparently struck down by a lightning bolt, in his rice field in Phon Sawan district of Nakhon Phanom on May 11th.

The dead body of Mr Kamol Praking, 49, was found by his wife Sukchai Torat, 48, in a field near Huay Hai village in tambon Ban Ko. Police, rescue workers from Phon Sawan Hospital rushed to the scene however the farmer was dead on arrival.

They said Mr Kamol was flat on his back near a farm hut. His body had marks similar to electrical burns from the lightening bolt. He was still in his farm clothes and not wearing a watch or any other metal objects.

His wife told police that her husband had left their home on a tractor to plow the field ahead of planting rice.

A bit later, she saw a lightening flash and heard a thunderous noise from the direction of the rice field. She told Thai media that when her husband hadn’t returned she went looking for him. Her husband was lying unconscious near the farm hut. She called other villagers to help, and then the police.