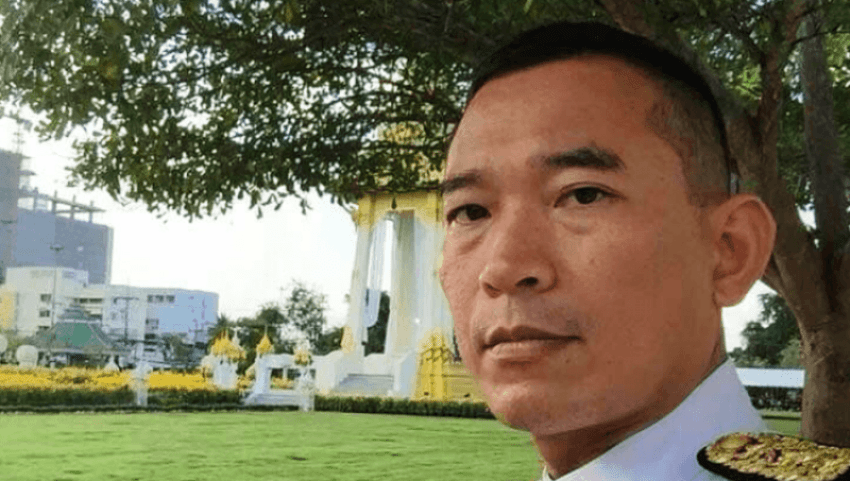 A senior court judge who shot himself in a courtroom in southern Thailand has committed suicide in northern Thailand. Judge Khanakorn Pianchana, died of a self-inflicted gunshot wound on Saturday morning in Chiang Mai.

Khanakorn previously served as a senior judge at the Yala provincial court.

Chiang Mai Police said he shot himself in the heart in his house in Doi Saket district in Chiang Mai. His wife and their daughter were out at the time of his suicide. When his wife returned, she found him badly wounded.

She called an ambulance and he was sent to Doi Saket Hospital and later transferred to McCormick Hospital Chiang Mai. Doctors tried in vain to save his life and the judge died at 10.45am.  His body will be sent to Maharaj Nakorn Chiang Mai Hospital for a postmortem examination.

In his post he insisted his act in October was motivated by a sincere desire to return justice to the people. “I do not regret it and I’m proud of being part of administering justice for the Thai people.” The post read.

The judge also mentioned what he viewed as a structural problem with the judicial system.

“You may wonder why, when the charter was in effect, reviewing a ruling at the first-court level was not allowed. Why is that? Could it be that the drafters knew such a review could pave the way for interference in a ruling by regional court presidents?

“Let me ask my friends and fellow countrymen: Do you find an evil intention in what I had done? Which led to disciplinary and criminal action against me?  A reply in your heart is enough. As for me, I knew from the start. It’s a pity you are not my judge.”

On Oct 4, the judge shot himself in a Yala courtroom after reading a ruling on a case involving a violent incident in the Deep South.

Judge Khanakorn posted a 25-page statement on Facebook on the same day. He explained that he had acquitted five suspects against the advice of more senior judges.  Judges who had reviewed the case and in full knowledge of the consequences to his career.

Letter to the people about Thailand’s Judiciary

The statement included the messages “Return the ruling to the judges” and “Return justice to the people.” Sparking a controversy about the country’s judicial system.

The commission also appointed a subcommittee to study and improve the criteria, guidelines and methods of checking draft rulings. Above all  to find measures preventing a repeat of such an incident.

Judge Khanakorn also gave a bank account number and asked for donations from the public for his daughter’s scholarship. The Judge posted the message before shooting himself at his house in Chiang Mai.

He also wrote about the consequences of his first suicide bid in court last year.