A Thai court sentenced a political activist to two years in prison on Monday for wearing a traditional Thai attire with the intention of defaming the Monarchy.

Miss Jatuporn Saeoueng, 25, was found guilty of intentionally mocking the monarchy by her attire during a Bangkok street protest in 2020

Miss Jatuporn denied committing any wrongdoing, but the court ruled on a rehearsal she did before stepping onto the stage, according to Thai Lawyers for Human Rights.

Under Thailand’s “Lese Majeste” laws, defaming or insulting the king, queen, heir or regent is punishable by up to 15 years in prison.

Jatuporn is one of at least 200 activists who have been criminally charged with Lese Majeste in the last two years.

This is because they called for reform of Thailand’s powerful monarchy, according to legal aid group Thai Lawyers for Human Rights.

The Human Rights Group tracks such cases using police and court records. Reuters was not able to independently confirm those records.

In October 2020 Jatuporn walked a red carpet at a protest wearing a traditional Thai attire.

She was wearing a pink silk dress shaded under an umbrella held by an attendant.

Her red carpet protest happened while protesters sat on the ground in a manner that Thai traditional culture demands in the presence of royalty.

Jatuporn has denied the charges all along and said she puts on traditional Thai attire all the time,” her lawyer said. 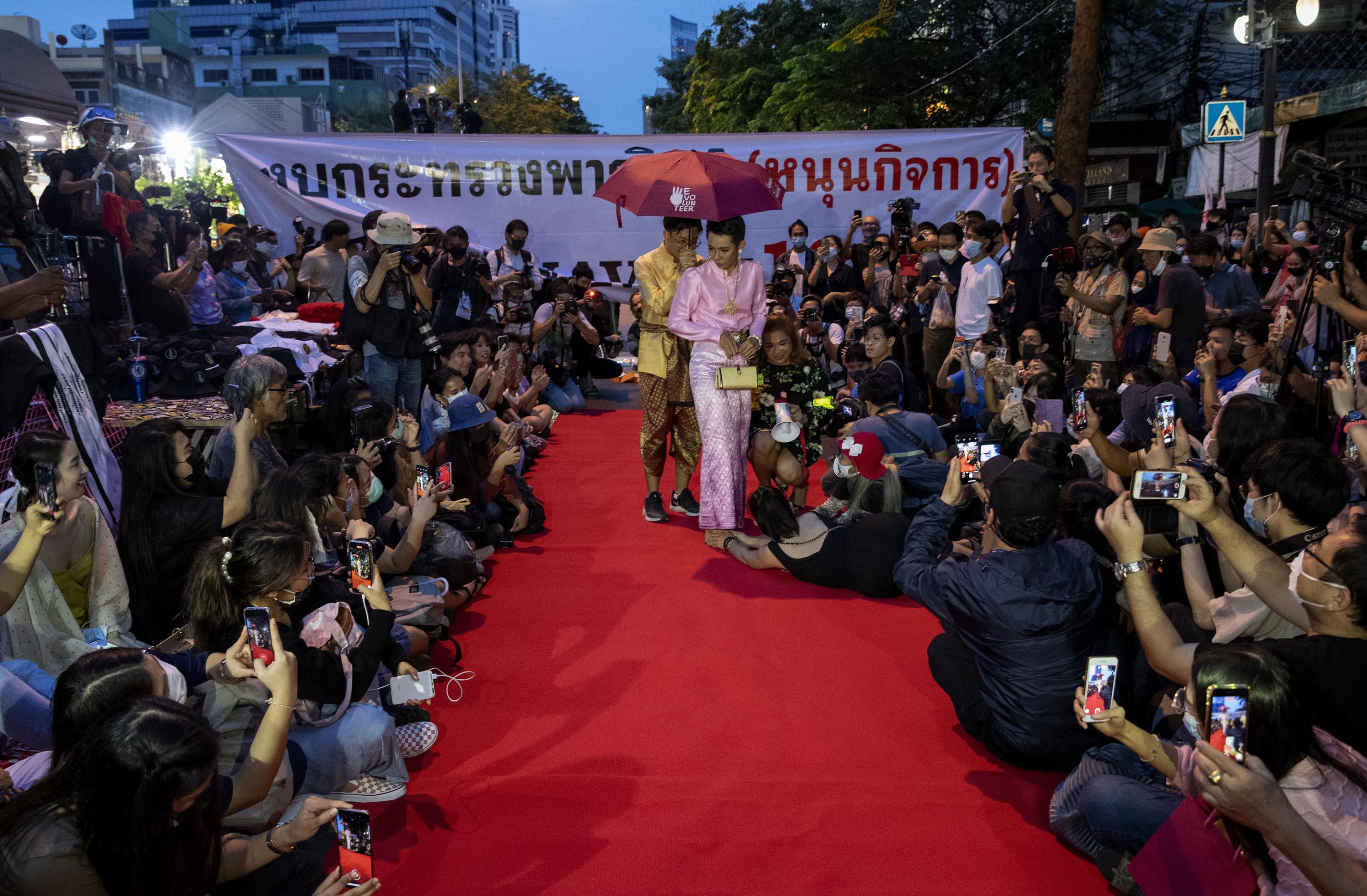 However, the court her traditional Thai attire as mockery and defamatory towards the monarchy, he said, adding that his client, who is transgender, would appeal the ruling.

She was sent to the Central Women’s Correctional Institution, and was applying to the Court of Appeal to be released on bail.

Ms Jatuporn was wearing the traditional Thai attire she wore on the red carpet when she appeared for the court ruling.  She was sent to the Central Women’s Correctional Institution, but was applying for bail at the Court of Appeal.