Just months after decriminalizing weed in Thailand, the country’s health minister is discouraging weed smoking tourists from visiting the country.

In 2018, Thailand became the first Southeast Asian nation to legalize cannabis for medical use. a few months ago, the entire cannabis plant was decriminalized, leading to widespread recreational use.

Even though the government has urged people not to smoke weed, businesses with weed smoking rooms have been very popular with locals and tourists alike. 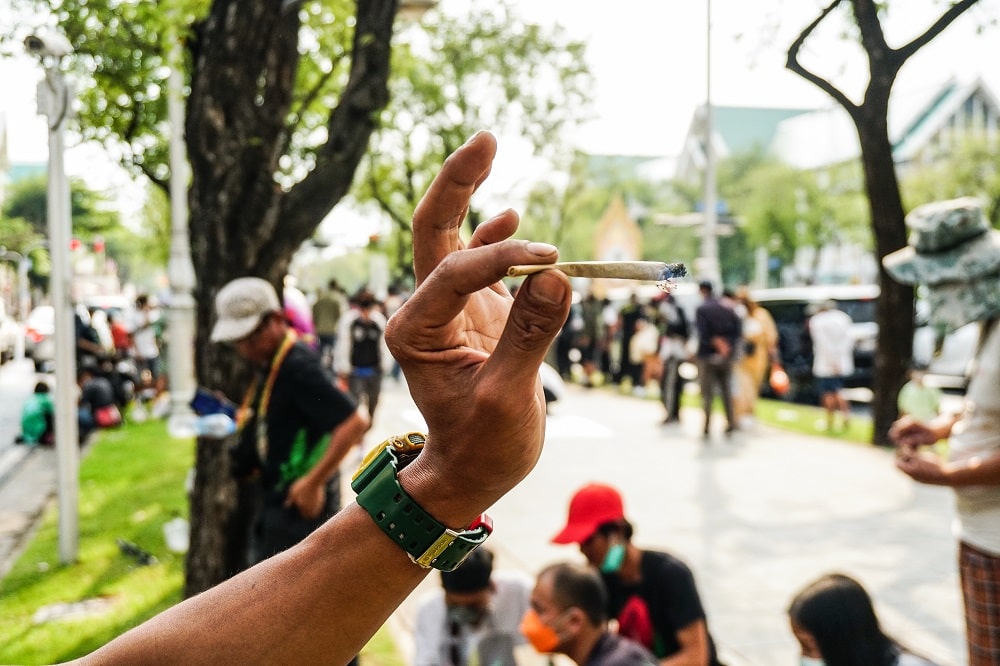 However those caught smoking weed in public risk face a three-month jail sentence or fines of up to 25,000 baht.

The Health Minister’s comments come as foreign arrivals have started to pick up in the tourism-reliant economy. It is now expected that 8 million to 10 million people will arrive in this country this year, up from 7 million as predicted earlier.

As a result of the pandemic, the number of foreign arrivals last year was just 428,000, compared with nearly 40 million in 2019. The government has focused its policy on the 28 billion baht industry built around the medical and health benefits of cannabis.

Mr Anutin said, recreational use of weed smoking is still illegal however, the government could explore the idea once there was better understanding of the long-term effects of the drug.

“It might happen quite soon,” he said, adding that he was optimistic about its future.

In 2018, Mr Anutin and his Bhumjaithai Party succeeded in legalizing medical cannabis and marijuana cultivation in households.

Anutin, who is also a deputy prime minister, said only 60 patients have suffered serious side effects from cannabis abuse since the drug was decriminalized on June 9.

Despite the population of about 70 million, there were no signs of social problems, he said.

Around 1.1 million people are registered to cultivate cannabis on a combined area of 7,500 rai, and he estimates cannabis-related income will reach 28 billion baht this year and 50 billion baht in the near future.

Currently, the country has sufficient laws and regulations to ensure the proper use of cannabis, and statistics show the drug accounts for only 4.2% of all addiction cases.

Several regional neighbours, such as Malaysia, are also studying the use of medical cannabis in light of Thailand’s new cannabis industry.

Anutin said he’s looking forward to receiving his Malaysian counterpart who has expressed interest in learning about the Thai model of legalising cannabis for medical purposes.

During the 75th World Health Assembly in May, Mr Jamaluddin expressed an interest in learning more about Thailand’s cannabis policy, as Malaysia considers a similar reform.

He said the health ministry plans to take Mr Jamaluddin on a medical marijuana tour to study how cannabis cola can be extracted in order to improve health.