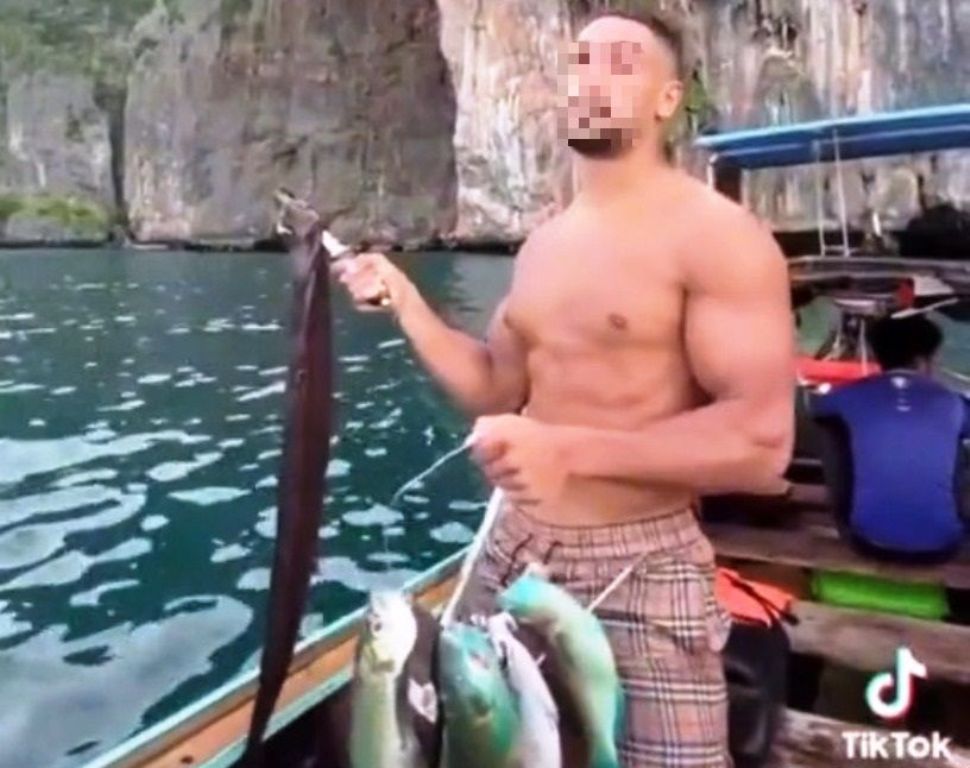 Authorities in Thailand are searching for a foreigner after a TikTok video of him illegally catching parrotfish off Koh Phi Phi Leh in Krabi sparked outrage on social media.

Director-general of the Department of Marine and Coastal Resources, Sophon Thongee, said the video showed the man stabbing a sea eel while holding three endangered parrotfish.

The stunt was featured on the TikTok account “@roslanofficial”, which has since been removed. As a result, the video was shared on other social media sites, causing locals to express their outrage.

On Thursday, Mr. Sophon said that he had ordered local officials to quickly find the tour boat operator and the foreigner for punishment.

Conservation officials report they have already identified a tour boat and operator that filmed the TikTok video of the foreigner. They said that based on the Foreigners TikTok account, he is presently in Bali, Indonesia.

According to Mr. Sophon, he was very angry and ordered the foreigner to be brought to justice.

According to him, this is not the first time such an incident has occurred. In 2018 six french tourists were arrested for harpooning eight parrotfish off Promthep Cape in Phuket.

When the police heard that the tourists were harpooning fish at Koh Kaew Yai, off Promthep Cape, they waited at the shore for them.

They were taken to the Police Station for legal action. Catching endangered parrotfish, which are less than 50cm long, is unlawful and carries a fine of Bt100,000, a year in jail, or both.

Their visas were cancelled, and they were subsequently blacklisted from Thailand.