Temple Monk Locks Himself in Dog Cage in Protest Over Punishment 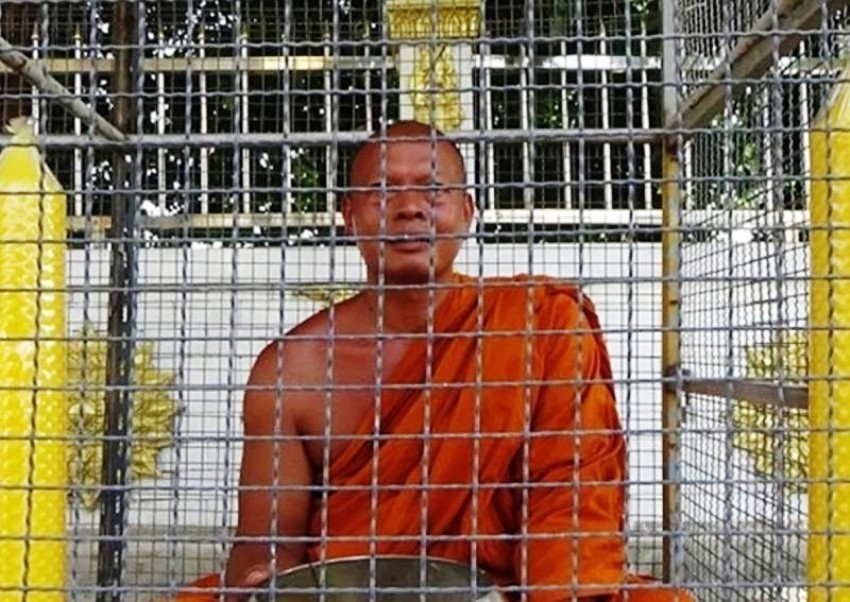 A Temple monk of Wat Kho Suppharat temple in Thailand locked himself in a dog cage after officials from the Supreme Sangha showed up to punish him. The Supreme Sangha in Angthong province alleged he was disturbing locals with his loud sermons.

However, local residents surrounded the cage to show that they fully supported the 61-year-old monk and denied complaining about his loud sermons.

They also said that no investigation had been initiated and it was unfair that the officials were ordered to punish the abbot.

Monk Nopparat Thongyoi said he felt like he was facing injustice and decided to lock himself in a dog cage as a symbolic protest.

Meanwhile, A monk at a temple in the northern Thailand’s province of Lampang, was attacked by a swarm of hornets, resulting in him being stung at least 30 times. The monk was stung on his face, lips and body. The Thaiger reports that the attack took place at night as the monk was feeding the temple dogs.

Rescue workers were dispatched to Mother Suchada Temple after receiving reports of the attack. They found the monk, named only as 65 year old ‘Ekkachai’, in a serious condition, extremely nauseous and showing signs of tachycardia, when the heart beats at over 100 beats a minute.

The monk was given emergency first aid on the spot and then transferred to Lampang Hospital for further treatment. It’s understood one or more of the dogs were also stung in the incident; their condition is not known.

The hornets are believed to be the species Vespa affinis, or lesser banded hornet, common in Thailand. The abbot at the temple says they have been building a nest for around 2 months, with the nest growing by the day. He says he hopes someone who knows something about the insects could help with relocating the nest as he fears they may attack again.

Source: Asia One, The Thaiger

How Can You Accept Bitcoin as a Merchant