Mr. Sadit Jaitiang, President of the Thai Public Taxi Association, stated that approximately 9,000 taxis were registered to serve passengers at Suvarnabhumi Airport before the pandemic.

However, now less than half of the taxis supply service to the airport due to budgetary constraints.

Mr. Sadit claims that many taxi drivers had their cabs taken because they couldn’t pay their rent. Others had returned to their hometowns and begun new jobs.

He expressed doubt that the number of taxis accessible at the airport will recover to pre-pandemic levels very soon.

“I doubt Suvarnabhumi Airport can provide taxi drivers with what we have requested.” We asked that the starting fare be raised from 35 to 40 baht.

“We also want to charge eight baht per kilometer for the first ten kilometers rather than the current rate of 5.50 baht/km.” “We also discussed the issue of a 50-baht service charge, which we believe should increase to 80-baht,” Mr. Sadit said.

“These are small adjustments resulting from the increased expense of living.” Inflation affects the majority of people, including us. “The fee has been steady for many years, even though fuel costs have risen and the cost of living has risen,” he remarked. 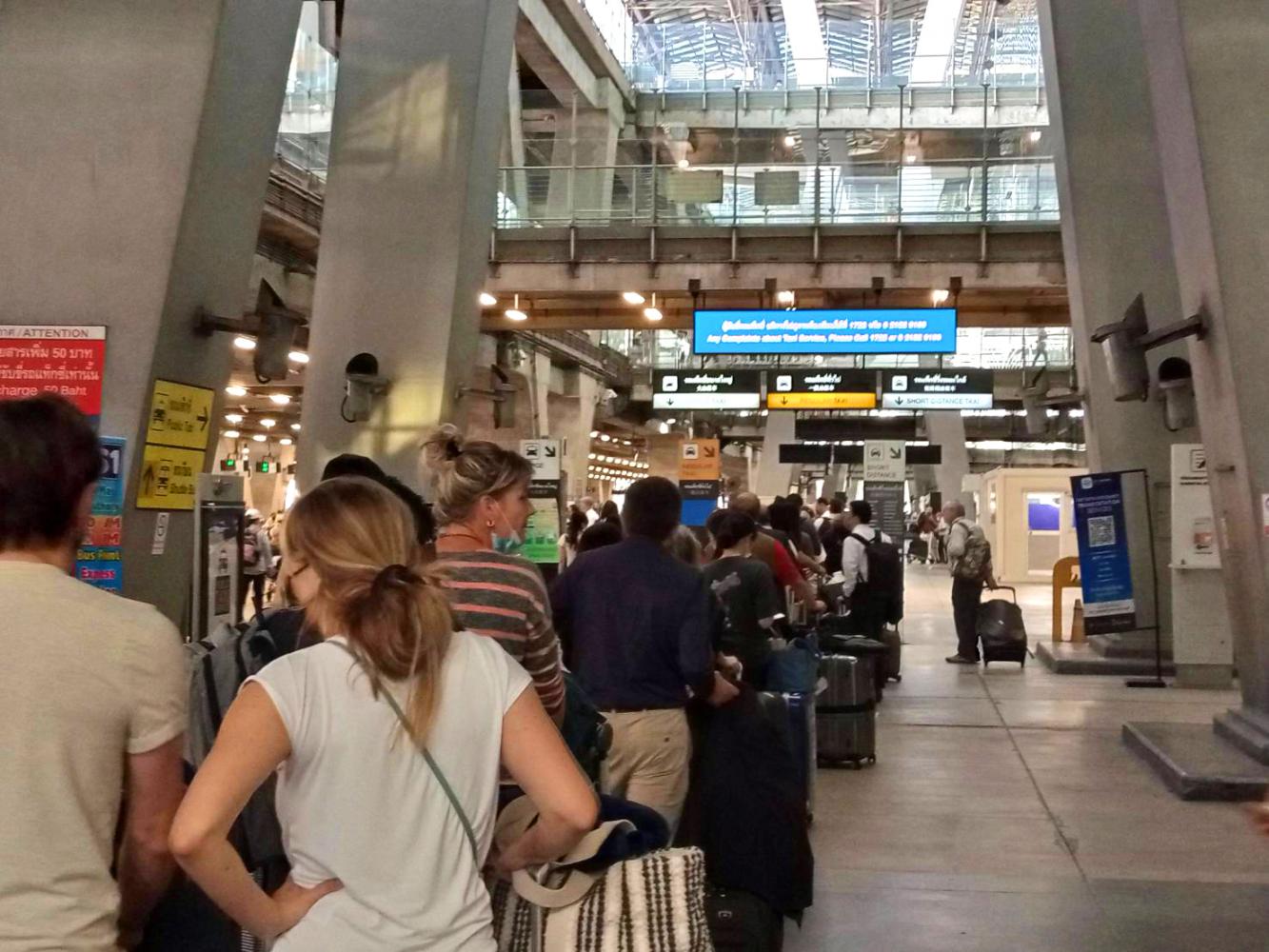 During the long weekend holiday in early October, the taxi shortage at the airport became apparent. On social media, many passengers shared photos of huge lines at the airport taxi stand.

Some passengers posted on social media that they would rather take the Airport Rail Link or a Grab car. Others refuse to take an airport cab because they believe the 50-baht service charge and the charge for large bags, which ranges from 20 to 100 baht, are excessive.

Somsak, 26, told the Bangkok Post that he regularly travels locally and overseas. He claims that the 50-baht service charge levied by Suvarnabhumi Airport taxis is unnecessary and raises the total service fare.

Somchai, a passenger, claimed he had quit taking airport cabs and instead used the Grab app. Another passenger, Wiyada, 49, stated that she also liked to use the ride-hailing app. She stated that the service was more convenient and that the charge was reasonable. She also saved time by not having to wait in line for an airport taxi.

Sawitri, 45, a security worker, said the taxi kiosk service is still operational, but only some Thais utilize it due to the high fee. She stated that she no longer takes airport cabs after Airport Railway began operations. She remarked that the rail cost is substantially less expensive than the cab fare.

The airport authorities at Suvarnabhumi are aware of the taxi shortage. They aim to request that taxi drivers register as official airport transportation.

According to an airport source, approximately 100,000 international passengers take an airport taxi every day, which is still lower than before the Covid-19 pandemic, when 180,000 foreign passengers arrive at the airport daily.

“We are already recruiting more airport taxis and want to rehire drivers who were with us before the outbreak,” he said. He doubts the matter will be resolved soon. Taxi drivers at Suvarnabhumi Airport have threatened to withdraw their services beginning November 1 in protest of the government’s failure to ensure fair competition once app-based travel services are legalized.

The drivers claim that the Transport Ministry and its Land Transport Department have yet to discuss the promised support for traditional cab drivers. By March, the department plans to legalize app-based businesses like Grab.

According to Mr. Sadit Jaithiang, head of the Thai Public Taxi Association, drivers’ representatives had requested an increase in prices and airport surcharges but had yet to receive a response.

As a response, he claims, Suvarnabhumi airport drivers want to protest by limiting the amount of luggage they would accept. The total number of luggage shall be, at most, the number of passengers in the vehicle.

He added that passengers with more luggage would have to call another cab, adding that the “symbolic expression” would begin on November 1. 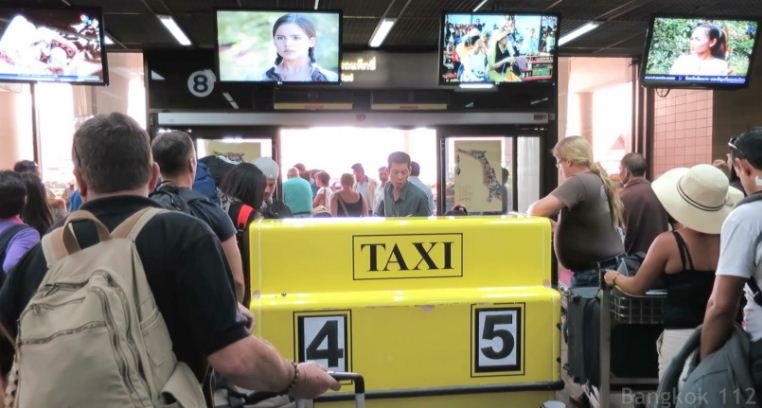 Taxi drivers’ representative Santi Patiphanrat said the transport minister had instructed the Land Transport Department to form a committee with cabbies’ representatives within a month to figure out solutions for drivers harmed by app-based services, but the deadline had passed.

He said the department had yet to contact their representatives to solicit feedback.

Pallop Chayinthu, another lawmaker, said he opposed allowing app-based service providers to determine their charges because it would interfere with taxi fare structures.

He also requested that the government require app-based drivers to exclusively pick up customers via app requests and that they not wait for passengers at airports or bus terminals.

Taxi prices have been frozen for six years, and drivers want the government to increase the service life of metered taxis from nine to twelve years, he said.

Mr. Pallop said taxi drivers plan to assemble at the Transport Ministry on November 7 to inquire about progress on answers to their complaints.