In South Korea, women have fewer children, and those who do are not rushing into getting pregnant, creating a super-aging society. Over 20% of South Korea’s population will be 65 or older by 2026.

The falling total fertility rate (TFR), rising longevity, and the cost of raising children are the three fundamental contributors to the country’s growing aging population.

With the high housing and education costs, financial security is a necessity for women. In addition, social mores dictate the necessity of marriage.

Lim Eun-young, 34, says she isn’t ready to have children yet due to the costs involved and the fact that she hasn’t been dating her boyfriend very long. However, she decided to freeze some of her eggs in November, worried that her biological clock was ticking.

About 1,200 unmarried single women underwent the procedure at CHA Medical Center last year, a number that has doubled in the past two years. About 30 percent of the country’s IVF market is occupied by CHA, the country’s largest fertility clinic chain.

It is a great relief to know I have healthy eggs frozen here,” she said.

Women around the world are increasingly exploring the option of freezing eggs to buy reproductive time.

However, in South Korea, which has the dubious distinction of having one of the world’s lowest fertility rates, the dramatic jump in women using CHA’s services throws the economic burdens and social constraints that lead to decisions to delay or even forgo having children.

The South Korean birth rate is the lowest in the world for women.

Last year, the fertility rate – the average number of children born to a woman over the course of her reproductive life – was just 0.81. The OECD expects to see an average fertility rate of 1.59 by 2020.

Many South Koreans are reluctant to have children because of a highly competitive and expensive education system that requires children to attend cram schools and private tutors from a young age.

According to Lim, married couples talk about how expensive it is to raise children when it comes to education and everything, and all these worries result in fewer marriages and babies.

The cost of housing has also increased. In Seoul, for instance, the typical apartment costs 19 years of the median annual income of the South Korean household, up from 11 years in 2017. 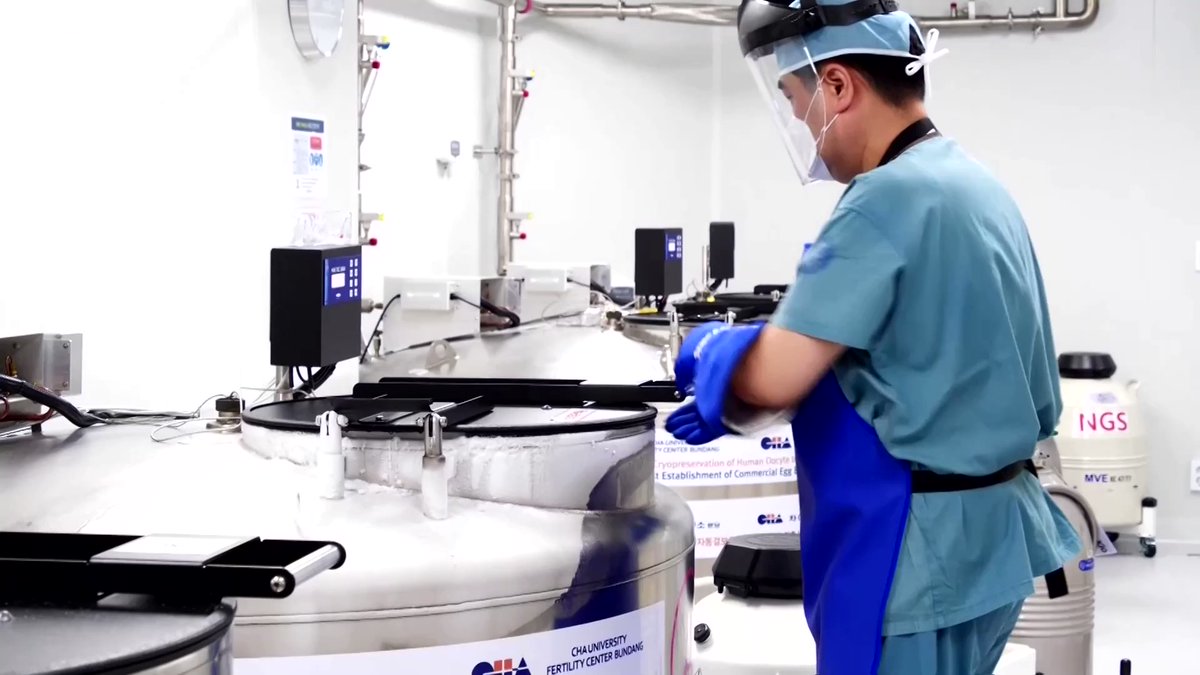 As a 32-year-old nurse at CHA, Cho So-Young told Asia One she plans to freeze her eggs this coming July to get in a better financial position before having a child.

She said that having a child now would not be the same as what I experienced growing up. “I want a better environment for my child, better housing, and better food.”.

Even if finances aren’t an issue, becoming married is essential for having children in South Korea. In South Korea, only 2% of births are out of wedlock, compared to an average of 41% in OECD countries.

In fact, while single South Korean women are able to freeze their eggs, they can’t legally proceed with a sperm donation and the implanting of an embryo unless married — an issue thrust into the spotlight by Sayuri Fujita, a Japanese celebrity and single mother based in South Korea who had to go back to Japan for a sperm donation.

That needs to change, argues Jung Jae-hoon, a social welfare studies professor at Seoul Women’s University, noting that marriages in South Korea dropped to 192,500 last year. That’s down around 40 percent from a decade ago.

If we discount the effect of the pandemic on marriage levels in 2019, we still see a 27 percent decline.

He said that the least the government can do is not interfere with those willing to shoulder the financial burden associated with having a child.

Statistics indicate that fewer and fewer people are willing to have children.

Almost half of South Koreans in their 20s do not plan to have children when they get married, up from 29 percent in 2015, according to a survey conducted in 2020 by the gender and family ministry.