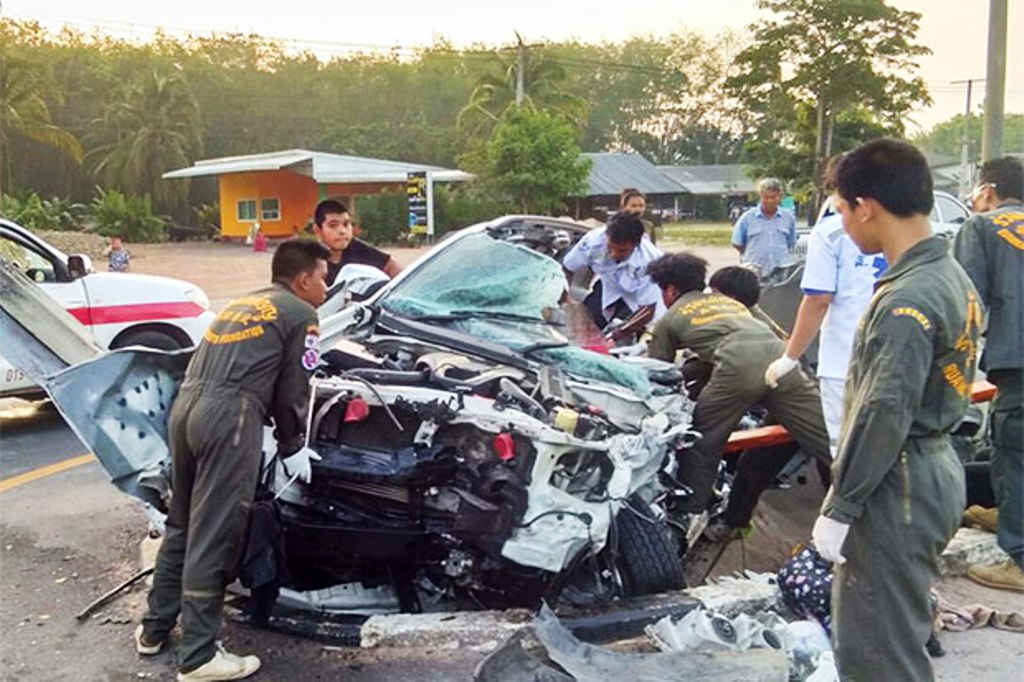 As people in Thailand celebrate the Songkran holiday the northern province of Chiang Mai reported the most accidents and injuries on Thursday.

According to the highway police, Lampang Province and Sa Kaeo lead the Kingdom in the number of road accident deaths.

On Thursday, Thailand had 324 accidents resulting in 332 injuries and 41 deaths, according to the Disaster Prevention and Mitigation Department.

The northern province of Chiang Mai had the highest number of accidents and injuries over the 24-hour period, with 14 accidents and 16 deaths.

Daily figures were released Thursday, as the seven-day road safety campaign during the Songkran festival reached midday, after starting on Monday and ending on Sunday.

The main cause of road accidents was speeding, and motorcycles accounted for the majority of accidents.

Director-general Boontham Lertsukheekasem said Friday that most holidaymakers continued to celebrate the festival at places closer to home, but that attention remained on roads in districts and villages.

On Sunday, the long holiday ends, and officials anticipate that more people will take to the road again after they end their vacations or homecomings.

Police Apprehend Thief Who Stole US$135,000 in Gold Jewelry