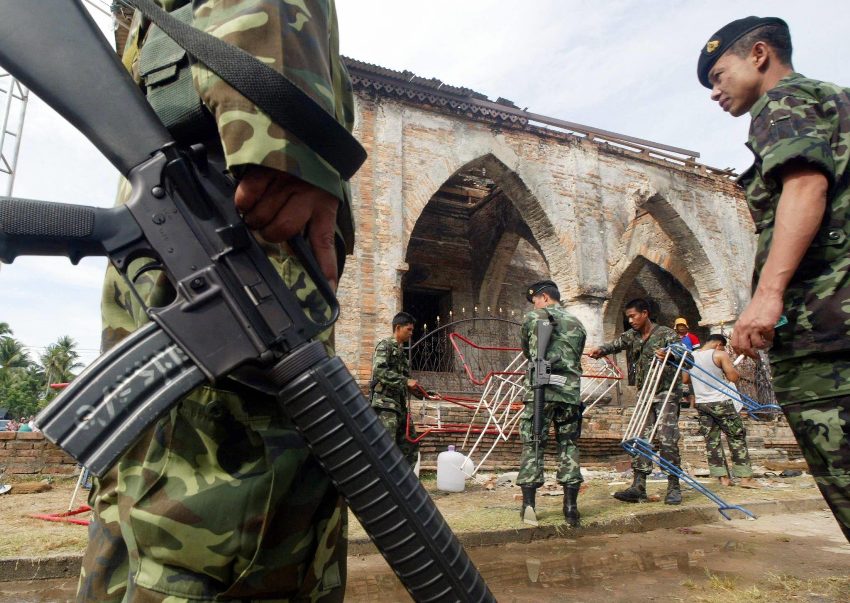 Thai security forces shot and killed three suspected insurgents during a raid in Thailand’s deep south on Thursday. Authorities allege the men were planning to mount an attack during the fasting month of Ramadan.

The killings of the suspects was the first act of violence since BRN (Barisan Revolusi Nasional, or National Revolutionary Front) rebels declared in early April that they were was ceasing “all activities” on humanitarian grounds because of the coronavirus pandemic.

But the group warned it would resume operations if Thai government forces attacked its fighters.

The raid took place before dusk in Pakaruesong, a village in Nong Chik district, as residents of Thailand’s mainly Muslim Deep South were preparing to break their fast at the end of the seventh day of the holy month, officials said.

“Prior to the shootout, we received intelligence that a group of insurgents took a break in the area before they planned to exploit Ramadan to launch an attack,” Maj. Gen. Piyapong Wongchan, the chief of police in Pattani, told reporters. “This morning informants found suspicious strangers hiding in an unregistered house.

The raid turned violent as joint security forces surrounded a house in Pakaruesong village, he said.

“As officials were circling the house and calling them out, the perpetrators opened fire first,” Piyapong said, adding that the three men in the house were killed and one police officer was injured in the gun battle.

Piyapong said arrest warrants had been posted for all three men for their alleged involvement in several crimes.

Investigators alleged that one of the men, Yusof Mometoh, had participated in an August 2016 bombing in southern Thailand outside of the Deep South, one of several bombings over two days that killed four and injured more than 30 people. Most of the attacks targeted southern tourist hotspots including Phuket and Hua Hi.

Matamesee Sa-e, the second slain suspect, had been charged with looting a gold shop last year, and the third man, Abdul Yasi Pakya, had been charged for his role in the bombing of the Big C superstore in Pattani in 2017, police said. BenarNews could not contact their survivors on Thursday.

“Though Ramadan is a holy month for doing good deeds, we found perpetrators who were trying to mount attacks,” Pramote said.

More than 7,000 people have died in the Deep South since the insurgency reignited in January 2004. The region encompasses the Malay-speaking provinces of Pattani, Narathiwat and Yala, as well as four districts in neighboring Songkhla.

After the BRN declared the ceasefire on April 4, Pramote dismissed the declaration as “irrelevant” to military efforts to curb violent activities in the southern border region.

In a YouTube posting on Thursday, BRN spokesman Abdul Karim Khalid blamed the government for taking advantage of the COVID-19 shutdown across the region to launch the raid on the suspected rebel hideout.

“Thus BRN condemns the Thai government for this inhumanity and we hope that all people are looking forward to managing their villages against the outbreaks and the abusive regime,” he said.