Crime Suppression Police in northern Thailand have taken down a foreign cryptocurrency call center gang in Mae Hong Son Province. The gang of 60 to 80 foreigners had been renting a local resort to use as the base for their fraudulent cryptocurrency scam.

A police spokesperson said they received information of foreigners participating in suspicious activity and causing an inconvenience to local villagers in the area. Locals said they were afraid of catching Covid-19 from the foreigners.

The Crime Suppression Division (CSD) officials opened a case and started collecting evidence over a period of a month. Surveillance showed that there were about 60-80 foreign Nationals that had rented an entire resort. 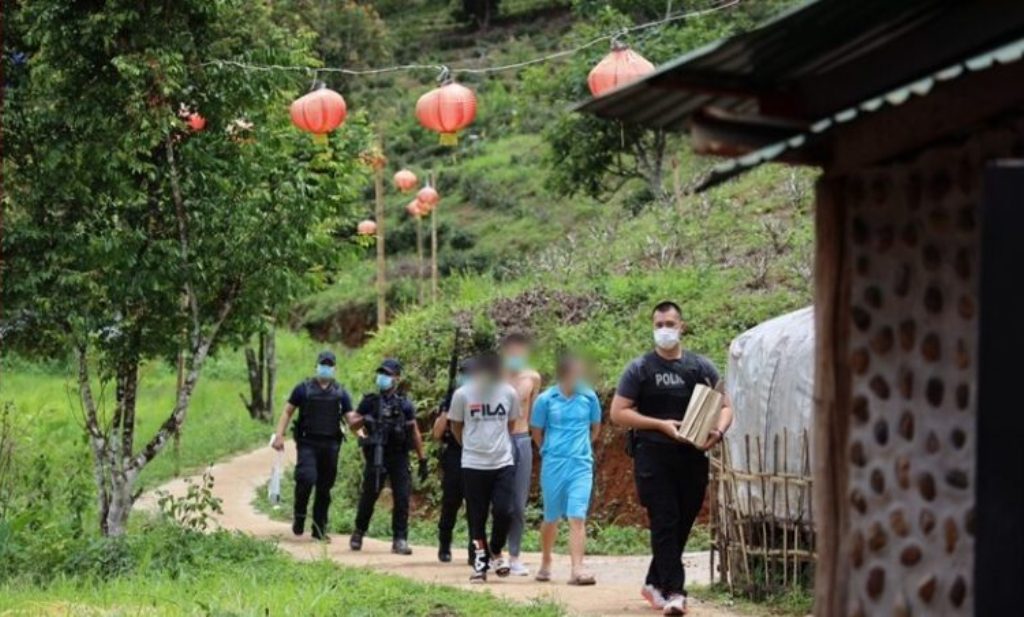 The call center gang leaders set up a strict rule where no one from outside were allowed to enter the resort without there permission.

The police spokesperson told CTN News that the call center gang hired security guards that kept them safe during their time in Thailand.The security guards also helped them cross the border into Thailand illegally.

During their stay at the resort they used cell phones to call into China, police used the surveillance information to confirm that the Resort was the call center operation base and apply for a search warrant.

Once armed with a search warrants CSD officials raided the resort and arrested 53 foreigners. Out of those arrested 40 were Chinese Nationals, 12 were Burmese, and 1 was a Filipino.

The gang created create fake profiles online and invited people in China to invest into their cryptocurrency investment scam. The victims were led to believe that they would make a lot of money through cryptocurrency.