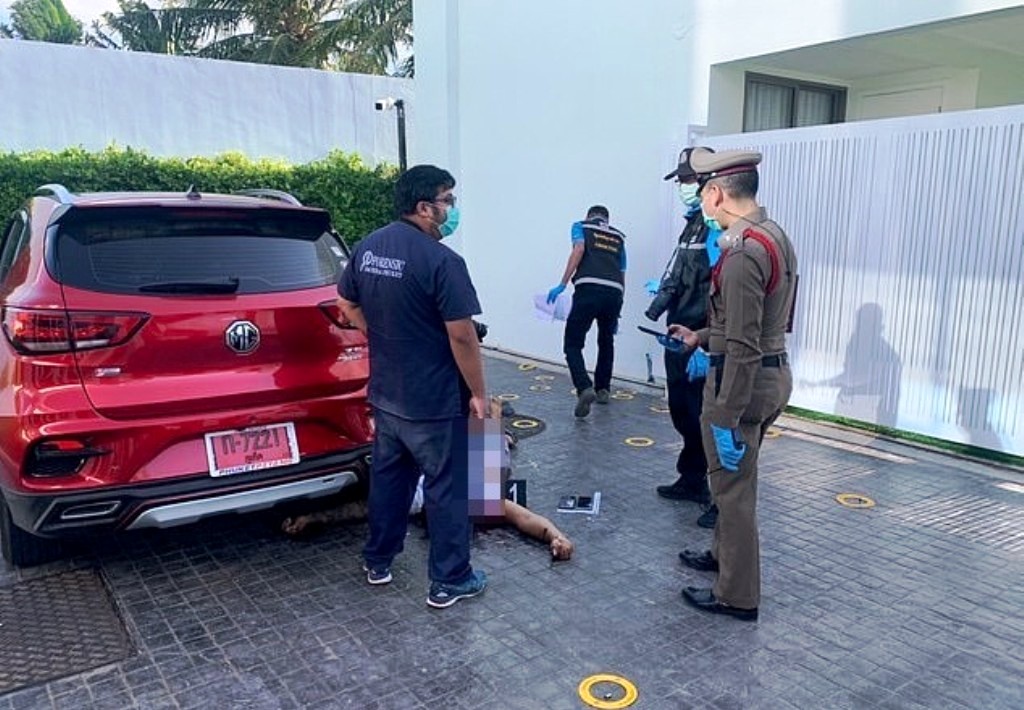 Police on the resort island of Phuket in Thailand are on a manhunt for two men who were caught on CCTV shooting and killing an alleged Indian gangster in a hotel parking lot.

Phuket Police originally believed the dead man was from Canada. However, he was, in fact, an Indian national with a long criminal history in Canada, according to a Vancouver Sun news report.

A newspaper has reported that 32-year-old Jami “Slice” Sandhu was deported from Canada six years ago for “serious crimes,” which several sources have verified.

Police in Phuket said the shooting took place at the Beachfront Hotel Phuket, located near Rawai Beach, where villas are also available for sale. An employee of the complex told the reporters that Sandhu owned a villa there.

Officers were called by the hotel staff at 6:30 am on Saturday after an employee reported a body in the parking lot of the villa zone.

Upon their arrival, they discovered the body of a man lying face-down in a pool of blood behind a red MG hatchback. The man was wearing a white T-shirt and cream shorts. His body had been shot about ten times. He was believed to have died at least 6 hours before his body was found.

Phuket police also recovered 19 spent bullet cartridges from the scene of the shooting. A bag containing some dried marijuana and banknotes was also discovered in the MG hatchback.

The body was sent to Vachira Phuket Hospital for a post-mortem examination.

Upon examining surveillance video from the hotel, police saw the victim parking the car in the villa area of the 180-room hotel. As he was about to get out of the car, two men wearing black balaclavas approached him. The two men fired several shots at close range and shot the victim again after he collapsed.

According to Phuket Police Chief Pol Maj Gen Sermphan Sirikhong, the victim arrived in the province on Jan 27 and was staying at the hotel’s villa wing.

Life of crime in Canada

According to the Vancouver Sun, Sandhu was a member of the UN Gang, an organized crime group active in Surrey, British Columbia.

Born in India, Sandhu moved to Canada with his family at the age of seven, growing up in Abbotsford, near Vancouver. Getting caught up in gang activity, he was convicted of serious assaults in 2010 and 2012 and immigration officials sought his deportation from Canada.

At his immigration extradition hearing, Sandhu allegedly acknowledged the risk of gang life: he said “I know that path is either go to jail or you die.”

He was deported from Canada in 2016, two years later news broke that he was arrested in India and accused of running a large ketamine factory.

When he was released on bail he fled India and is believed to have travelled between Dubai and Southeast Asia ever since.

US Rapper Young Dolph Gunned Down Inside Cookie Bakery

1 killed, 4 Injured in Shooting at a Hookah Lounge Near Virginia Tech