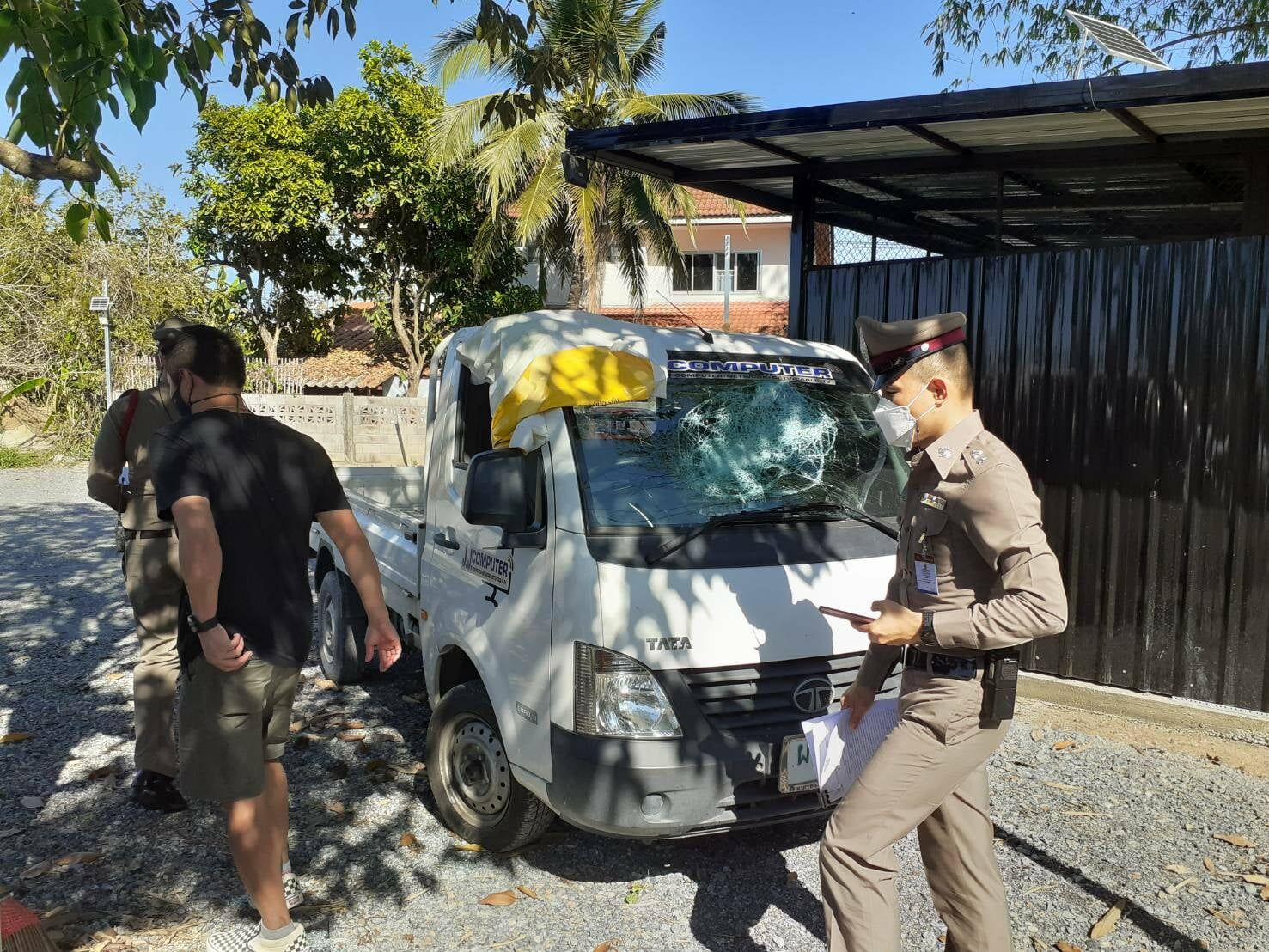 An off-duty police officer has been arrested after he was caught on CCTV assaulting a man in northern Thailand’s Lamphun province. The police officer allegedly refused to leave a restaurant after a night of drinking and also sexually assaulted a female employee.

The off-duty police officer is posted to the Crowds Control Division in Bangkok, the commander of Lamphun Provincial Police Station told Thai media.

The police officer is originally from Lamphun and was in the province on holiday.

In an interview with Thai media, the police commander said the case had been reported to the officers’ division chief. According to The Thaiger, the suspect is from the same division as the officer who ran into a woman walking on a crosswalk in Bangkok, killing her.

Police officers from Lumphun Provincial Police Station were notified by a restaurant owner that a drunk police officer had assaulted restaurant staff and destroyed items in the restaurant.

One of the restaurant’s staff members said the officer drank alcohol until the restaurant closed and then refused to leave. He was also accused of sexually assaulting a female employee.

When the restaurant staff told the police officer to leave, he allegedly became belligerent and began screaming at them, before leaving.

The officer reportedly returned to the restaurant at approximately 5 am and smashed the windshield of a truck. He then allegedly threw stones to damage the windows of the toilets, the kitchen, and other areas on the property.

In Feb 2021, a Phuket policeman was arrested after randomly firing his pistol on a street in Patong, wounding a noodle vendor, shortly before dawn on Tuesday.

Witnesses told Phuket police investigators that Pol Cpl Pornthep Channarong arrived in Soi Bang La at about 5 am. He had been at a party for a transferred colleague and he appeared to be drunk.

The policeman, who was not in uniform, pulled out his pistol and fired random shots along the street. One of the stray bullets hit Aroon Thongplub, a noodle vendor who happened to be passing by.

Mr. Aroon was admitted to Patong Hospital and then transferred to Vachira Phuket Hospital for treatment.

Pol Cpl Pornthep, who is attached to Phuket Police was quickly detained by local Patong police. He denied having committed any offence. However, police found nine spent pistol cartridges were found at the scene.