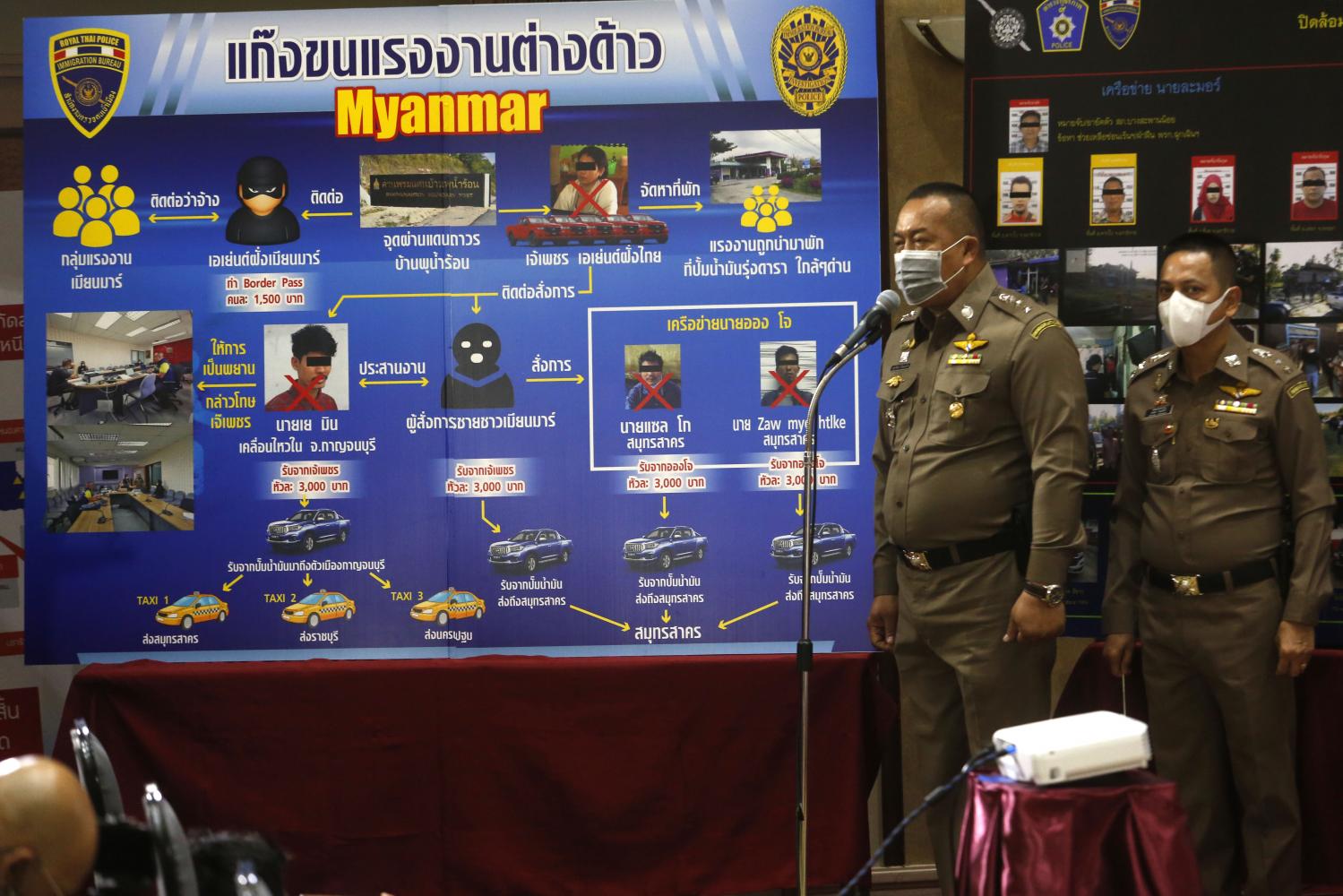 A police crackdown on the smuggling of illegal migrants has netted nearly 400 migrant workers and 29 suspected smugglers. The police crackdown was triggered by the Covid-19 surge in Samut Sakhon.

Among those arrested is Ratree Wejsuwan, also known as “Je Phet”. She is accused of procuring illegal migrant workers from Myanmar to a shrimp market in Samut Sakhon. The shrimp market was the epicentre of the Covid-19 outbreak in mid-December.

Ms Ratree acted as a broker for Thai employers and charged from 6,000-12,000 baht per person she managed to smuggle. She also provided accommodation for the migrant workers who entered the country via Kanchanaburi.

Since the crackdown which began on Jan 1, police arrested 91 others for allegedly aiding or providing shelter to illegal migrant workers and seized 22 vehicles used in transporting them.

In the past week alone, police searched 21 locations in nine provinces, arrested 14 people and seized nine vehicles as they expanded their inquiries into 10 smuggling networks.

Early this month immigration police and provincial police busted a smuggling ring in the deep South and arrested 10 people following the arrest of “Jeh Da”, a key person in the human smuggling network in Bangkok.

National police chief Pol Gen Suwat Jangyodsuk said on Monday that a working panel had been set up to address the smuggling problem following the prime minister’s crackdown order.

The panel’s strategy was to suppress smuggling along the border and investigate who was involved in it, he said.

“Police have been working closely with troops, local administrators and volunteers in stemming illegal entry,” said Pol Gen Suwat. “And our investigation into smuggling rings show that some state officials are complicit.”