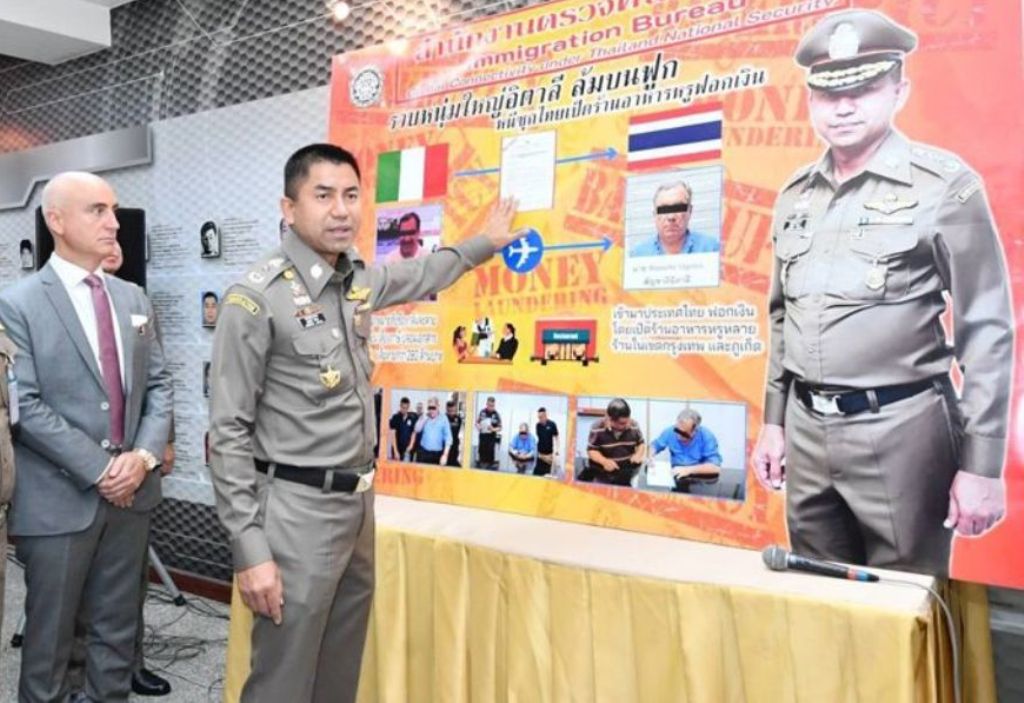 Police have charged five people with swindling 6 million baht from a British man in exchange for his release from jail.

One of those accused was Pol Col Ramet Kaewsungnoen, the police superintendent of Mae Hong Son. He tried in vain to use his alleged connection with Pol Lt Gen Surachate Hakpan, the assistant national police chief.

Police have withheld the name of the British man.

As a result of a red notice from Interpol, he was detained in Bangkok by the Immigration Bureau.

After the bail request was denied, Ms. Thirawan sought help from Thananwat Thanthanpan. Mr. Thananwat told her that he knew a man named Witthaya Somsrisomsakul who could connect her with Pol Col Ramet, who was a former classmate of Pol Lt Gen Surachate.

On June 29, Mr. Thananwat and Mr. Witthaya tried to visit the British man at the detention centre in Bang Khen district, Bangkok. An officer on duty refused to allow them to see the detainee in person, citing a regulatory violation.

Mr. Witthaya contacted Pol Col Ramet, and the duty officer spoke with the senior officer. Police colonel Ramet tried to persuade the officer that the detainee was his informant and that visitors should be allowed.

Nonetheless, the duty officer refused to let the two men enter the detention cell, directing them to contact their superiors.

Mr. Witthaya then instructed Ms. Thirawan to transfer 6 million baht to some bank accounts. Despite this, Mr. Witthaya did not attempt to secure bail after the money was transferred, and he was not reachable by phone.

Ms. Thirawan then filed a police complaint against the group.

According to Pol Lt Gen Surachate, the investigators confirmed Pol Col Ramet spoke with the duty officer on June 29. In an apparent bid to gain access to detention, Pol Col Ramet mentioned his name to the officer during the phone call, according to the assistant national police chief.

Police in Pak Klongsan have collected evidence against Pol Col Ramet, Mr. Witthaya, 67, and three others – Apirak Thiengtham, 43, Natnaree Boonma, 35, and Thipsuda Insongjai, 26 – and summoned them to acknowledge the charges. Initially, they were accused of colluding to commit fraud.

To receive the 6 million baht, the three other suspects are alleged to have opened third-party bank accounts.

Thailand to Launch Points System to Curb Dangerous Driving in 2023