According to Narcotics Suppression Police, the arrests come after a raid on a nightclub in the Yannawa district on Wednesday. During the raid on a building illegally operating as a nightclub, 235 Chinese tourists were detained.

Officials said 104 patrons, 99 of whom were Chinese tourists, tested positive for narcotics. At least 300 packages of illegal substances were discovered during a search of the club’s karaoke rooms and other areas inside the buildings.

An extensive police investigation discovered that a Singaporean person known as Mr. Seng – a pharmacist, according to a police source — distributed drugs to foreigners, primarily Chinese people, at pubs and other amusement venues.

According to authorities, the pair admitted to all accusations after questioning. They informed investigators that they had purchased the drugs in Laos. They were hidden in speaker cabinets and delivered to Thailand by a transport company.

The two Singaporeans also admitted to illegally entering the nation more than 20 years ago. They were turned over to Narcotics Suppression Bureau agents for prosecution.

They have been charged with narcotics trafficking, unlawful firearm possession, and illegal entrance. 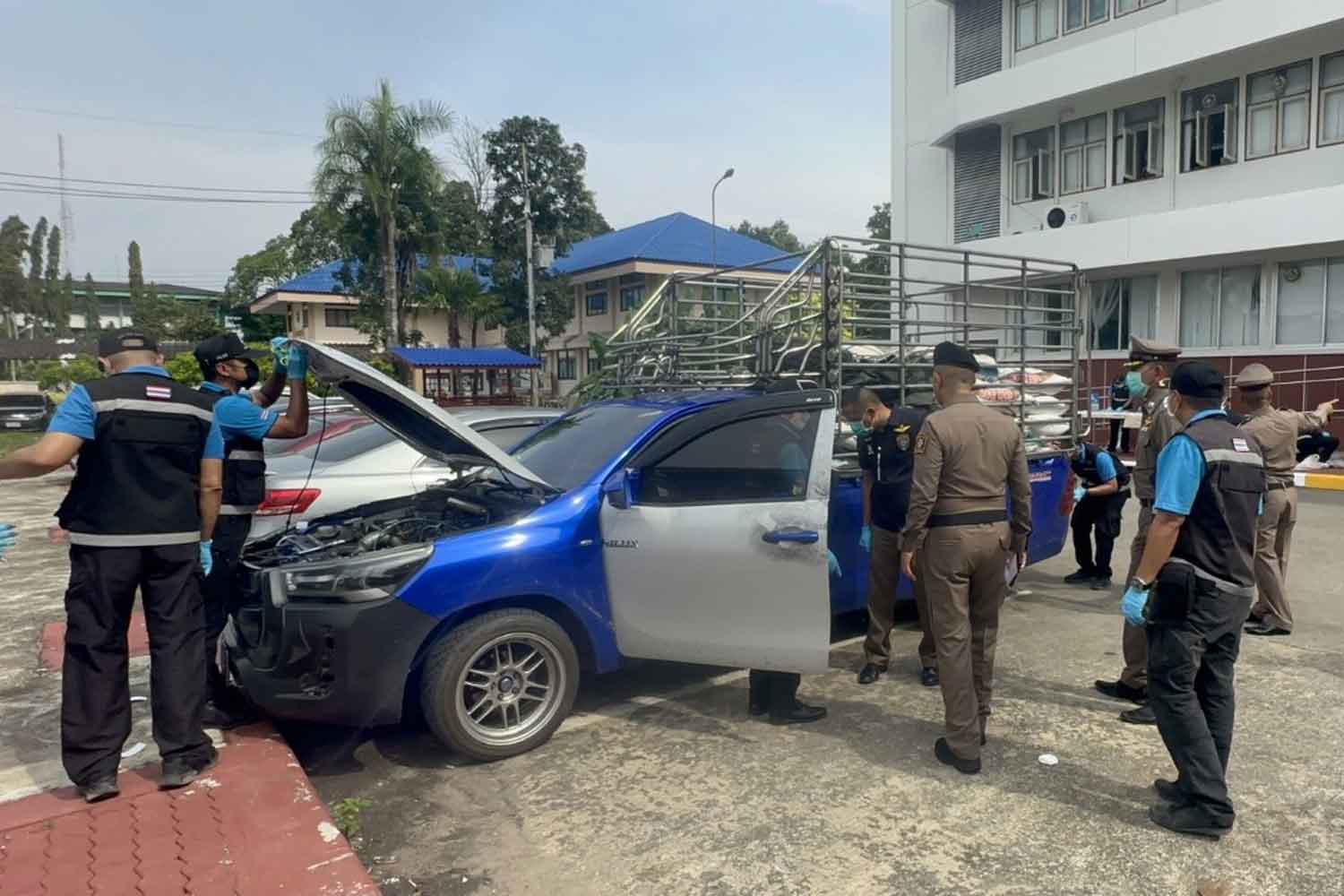 A man and his wife were arrested early Wednesday after 701,400 meth pills were discovered in their pickup truck at a checkpoint in the Phun Phin area.

A province police officer said the Ratchaburi-registered blue Toyota was halted for a search at 2 a.m. on the southbound side of Highway 41 near Moo 3 village in tamboon Nong Sai.

The woman passenger, Kochaphan Sarapong, 33, attempted to deflect police attention by delivering them two bags of 400 meth pills and showing them five more bags of 1,000 meth pills in the front compartment. She said the meth was purchased by her husband, Payungyut Suklai, 33, for his personal usage as a truck driver.

She claimed the sacks in the back of the vehicle were filled with chicken feces. A check revealed that this was not correct. Under the sacks of chicken droppings were 70 bags carrying 700,000 amphetamine pills.

The duo allegedly admitted to picking up the meth pills in Ratchaburi and transporting them to the Lan Saka neighbourhood of Nakhon Si Thammarat.

Also on Wednesday, a woman was detained, and 3.6 million meth pills worth 180 million baht were seized from her pickup truck in Ayutthaya province’s Wang Noi district. The drugs were being trafficked from Chiang Rai to Nonthaburi.

During questioning, she admitted to receiving 50,000-70,000 baht each time she brought drugs from Chiang Rai to customers in Bangkok’s neighbouring suburbs.