Police have arrested one of the six foreign men accused of extorting 1.8 million baht ($50,000) from a Russian couple on Koh Samui in central Thailand.

Mr. Andrey Nizhegorodtsev, a 37-year-old from Kazakhstan, was arrested by Chon Buri police on Wednesday afternoon at a house in Chonburi’s Bang Lamung district.

The Koh Samui Provincial Court had issued a warrant for Mr. Nizhegorodtsev’s arrest for theft and assault without causing physical or mental harm and uttering threats. 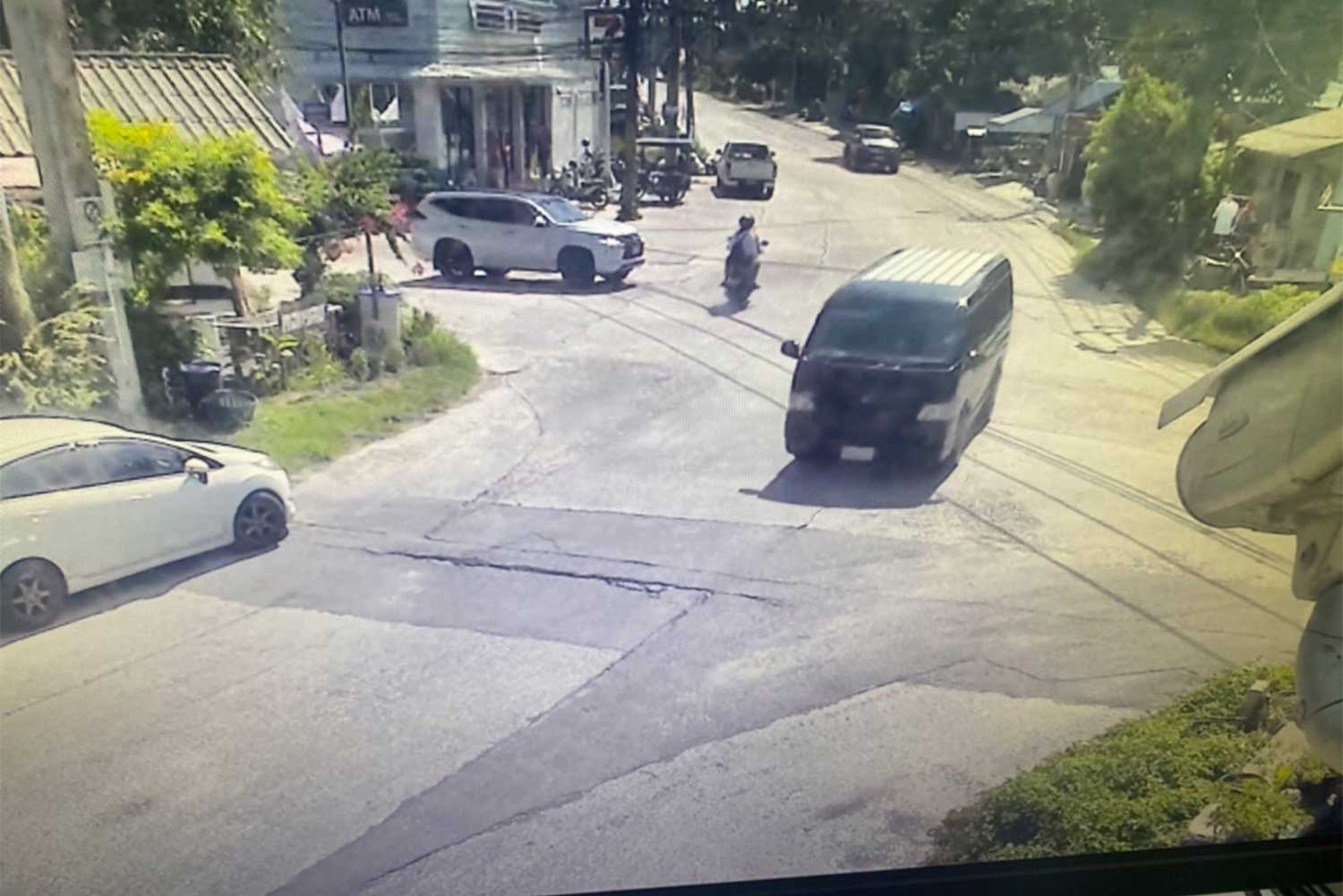 Police also seized a black Toyota van that they thought was used in the crimes.

The suspect was then taken to the police station on Koh Samui, in Surat Thani Thailand.

Police say that security camera footage shows Mr. Nizhegorodtsev and another man getting out of the black van and going to a currency booth near the coffee shop where the alleged crimes took place to exchange money.

Police say that when the suspect was being questioned, he didn’t say anything about the other five suspects.

Mr. Evgenii Abdullin and his wife, Ekaterna Abdullin, both from Russia, filed a complaint on Monday withKoh Samui police. They alleged that six foreign men confronted them in a coffee shop on Koh Samui and demanded 1.8 million baht from them.

The couple said they were sitting at Boy’s Organic Coffee Shop in Koh Samui’s tambon Taling-ngam on September 15. Six foreigners came up to their table, threatened them, and asked for money.

Their complaint says that four of the men came in a black van and the other two came on a red motorcycle. The men scared them and told them they had to send them about 113 million baht (US$3 million) in cryptocurrency.

On Wednesday, Mr. Oleh Yasoshenko, from the Ukrain, was taken to the Bo Phud police station on Koh Samui.

Investigators believe he bought Mr. Nizhegorodtsev and the 5 other foreigners ferry tickets to Koh Samui before the alleged robbery. The trip started in Chon Buri.

Police said during questioning, Mr. Yaroshenko said he knew the suspect, but he denied any involvement in the alleged crime. When they discovered that Mr. Yaroshenko had overstayed his visa, he was taken into custody by immigration police.

Pol Maj Gen Naphanwut Liamsa-nguan, said that police were looking for the other five suspects.

He said that Mr. Yaroshenko only bought ferry tickets for the six suspects and that he may not have had anything to do with the alleged crime.

The Russian couple didn’t file a police complaint until this week, even though the alleged incident happened on September 15. According to Pol Maj Gen Naphanwut, this is because the gang was following them and they were afraid for their safety.

They have asked the Justice Ministry to protect them as witnesses. 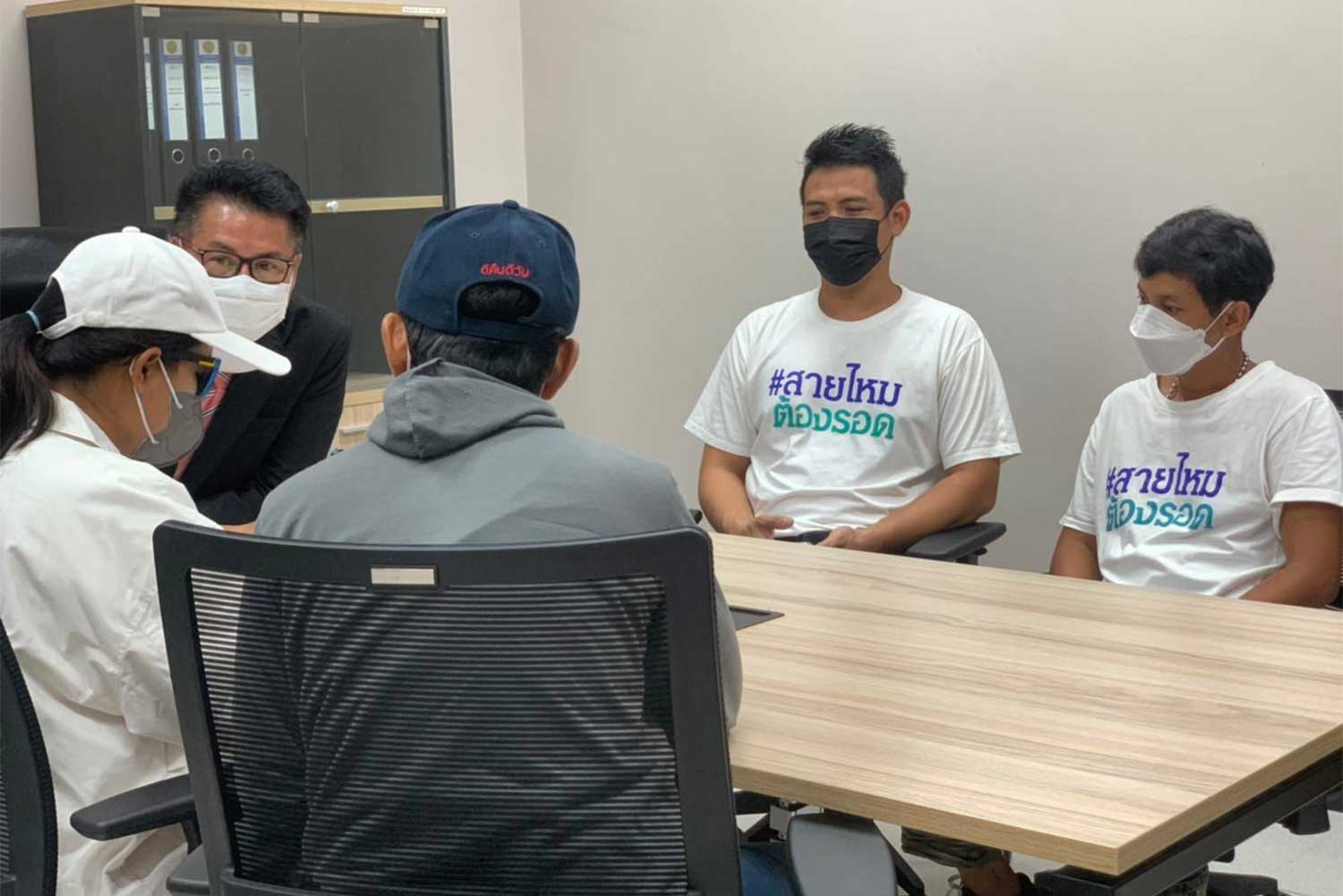 Meanwhile, five senior Koh Samui police officers have been relocated in connection with two criminal cases under investigation on the island: the extortion of a Russian couple and misbehavior by an officer who allegedly demanded sex with a woman in exchange for the release of her jailed husband.

Mr. Chaiwat and Ms. Suwanan sent a letter requesting justice and witness protection to the Justice Ministry on Tuesday, alleging that a police officer on Koh Samui demanded sex with the woman in exchange for her husband’s release from what he claimed was a fabricated drug accusation.

Ms. Suwanan said that her husband was arrested on Koh Samui on August 11 for possession of one methamphetamine pill. A member of the arresting squad requested 50,000 baht in exchange for her husband’s freedom, but she had no money.

Later, the same officer called her into a dark room and attempted to get her to have sex with him in exchange for her husband’s release. She declined.

According to reports, the woman possessed a video of the accused officer requesting sex in exchange for releasing her husband.

The Thai media also reported that Mr. Chaiwat was released after paying 2,000 baht to the police.