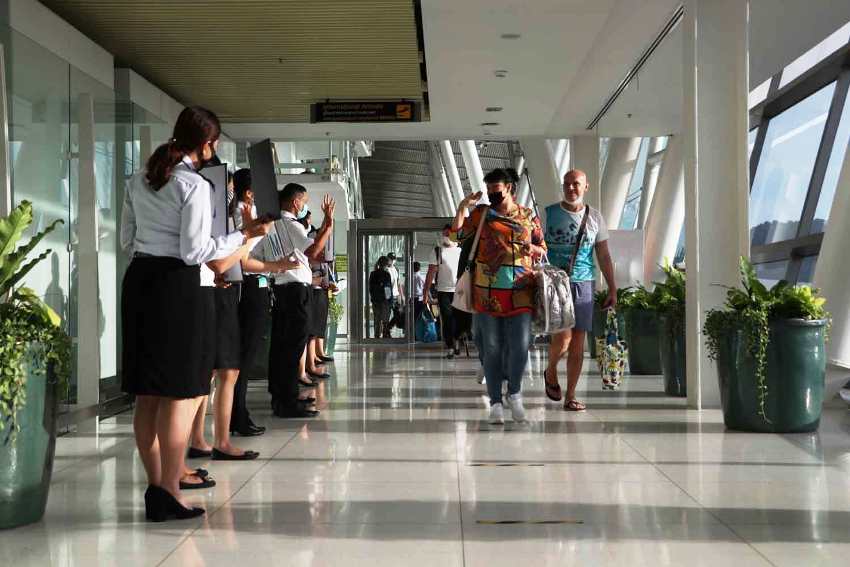 They departed at 5.30pm on a special flight arranged for them with the help of the Foreign Ministry.

Three days ago, Thailand’s government’s covi-19 watchdog overruled the Civil Aviation Authorities plan to reopen the Phuket International airport.  The unexpected move came less than 24 hours before the Phuket airport was due to reopen.

The Civil Aviation Authority of Thailand last Thursday gave the airport clearance to resume operating. The Phuket International airport had been closed since April 3 due to Covid-19. However it reversed its decision due to a recommendation by the Centre for Covid-19 Situation Administration (CCSA).

Airport officials have also sprayed disinfectant and cleaned the Phuket airport. Above all in preparation for tourists and planes to land and take off again.

Authorities also warned all tourists to wear face masks when they use the airport. Phuket airport officials also posted a Facebook message apologizing to tourists for the change of plan.

On Monday, Thailand’s Health Minister has said that the government will remove China, South Korea, Hong Kong an Macau from its list of “dangerous disease zones” from Saturday. The two countries and two territories would be delisted as they had shown their effectiveness in containing the coronavirus.