One Dead, 7 Injured From Bomb Blast In Southern Thailand

One Dead, 7 Injured from Bomb Blast in Southern Thailand
Advertisement 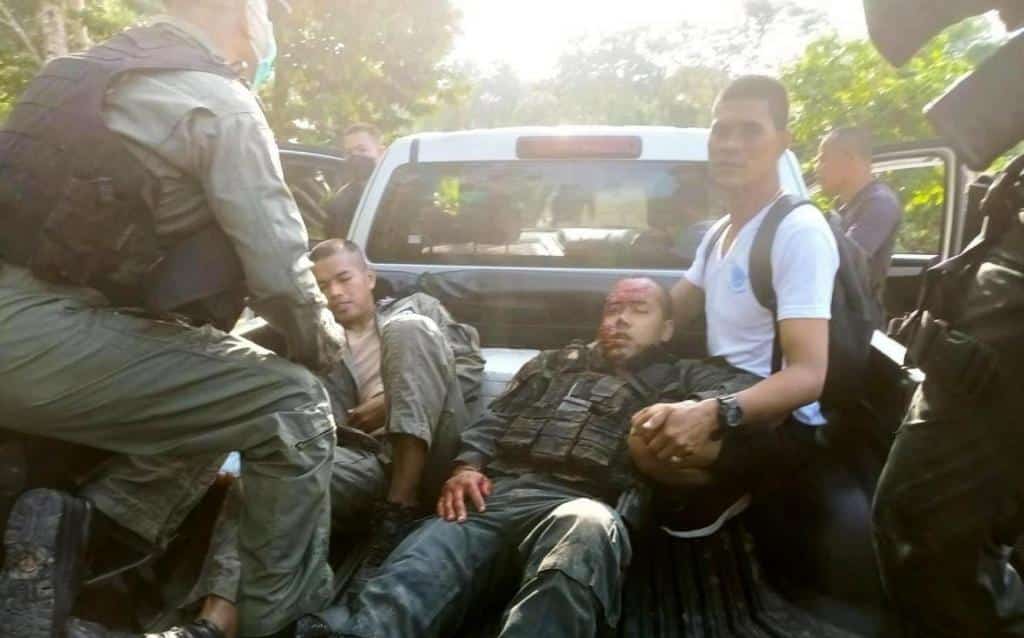 A bomb blast at a rubber plantation has left one army ranger dead and 7 policemen and 2 civilians injured in southern Thailand.

About 6.30am, the first explosion occurred about 500 metres from Khok Kai village in Tambon To Deng in Narathiwat. A rubber tapper Pathum Nakthong, was seriously injured.

The plantation was secured by police, rangers, and an explosive ordnance disposal (EOD) team. Approximately 200 metres away from the first explosion, another bomb exploded about 7:40am.

There were also seven policemen injured in the bomb blast, they were identified as Pol Lt Col Wasan Panphot, deputy chief of Sungai Padi police, Pol Capt Sathaban Suwannakan, an EOD officer from Border Patrol Police Company 44, as well as one civilian.

M/Sgt Somchai Daeng-ngoen, an army ranger, was killed in the explosion. Police believe the second bomb was set to harm those who turned up in response to the first.

A spokesman for the Defense Ministry said Prime Minister Prayut Chan-o-cha was deeply saddened by the loss of the ranger and injuries to the policemen and residents from the blast.

Prime Minister Prayut directed officials at the Internal Security Operations Command Region 4 Forward Command to arrive at the scene and control the situation as soon as possible.

All injured were taken to a nearby hospital and state assistance will be provided to the family of the deceased.