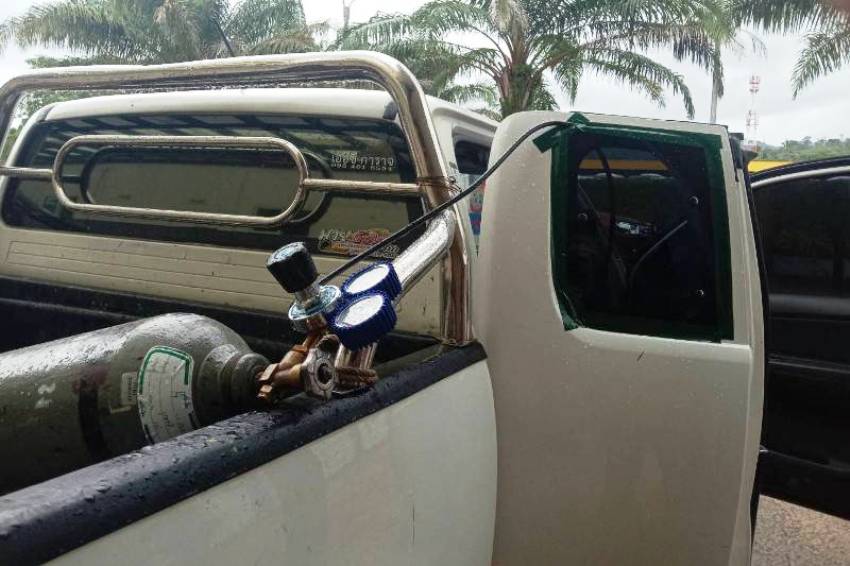 Police in Phuket have reported a 40-year-old Korean man was found asphyxiated inside a pickup truck with his head covered in a plastic bag. Phuket Police found the white pickup in a car park of Golden Triangle Bean Co after being alerted at around 11.40am on Friday.

Phuket police Lt Col Narong Muangduang, investigation chief at the Vichit station said the body of the Korean man was found in the driver’s seat.

The Korean mans head was covered with a plastic bag held in place with adhesive tape, Thai Media reported.

Phuket Police said a tube, connected to a nitrogen gas tank in the back of the pickup. The tube was inserted into the vehicle with the end attached to the plastic bag. A letter in Korean was found inside the vehicle.

An official at the South Korean consular office in Phuket translated the letter for Phuket Police. The letter was an apology to his family and girlfriend for what he had done. It said he had tried his best but had not succeeded and that he wanted to take a rest now.

Security camera video showed the man had driven from his house in tambon Vichit to Golden Triangle Bean Co, where he worked. He was an international marketing manager at Golden Triangle Been Co.  After parking the truck, he got out to smoke a cigarette.

He later re-entered the pickup and appeared to do something inside the truck for about 17 minutes.

Police said the Korean man might have been suffering from stress due because of personal affairs or work. His body was sent to Vachira Hospital for a postmortem examination.

The warning comes after a Russian man and his female Thai friend were rescued from a dangerous rip current at the beach. The couple were rescued at about 11am yesterday, Nai Harn chief lifeguard Chula Nontree told The Phuket News.

“I saw the couple swimming in the water. The woman seemed to be not good at swimming and was caught by a rip current,” he said. “The man tried to help her, and then they were together dragged around 200m away from the beach,” he added.

Lifeguards were dispatched and brought the two back to shore by paddleboard, Mr Chula explained. “They both seemed to have recovered well and we also did not have them taken to hospital,” he added.

Everything You Need to Know About the Upcoming Champions League Final