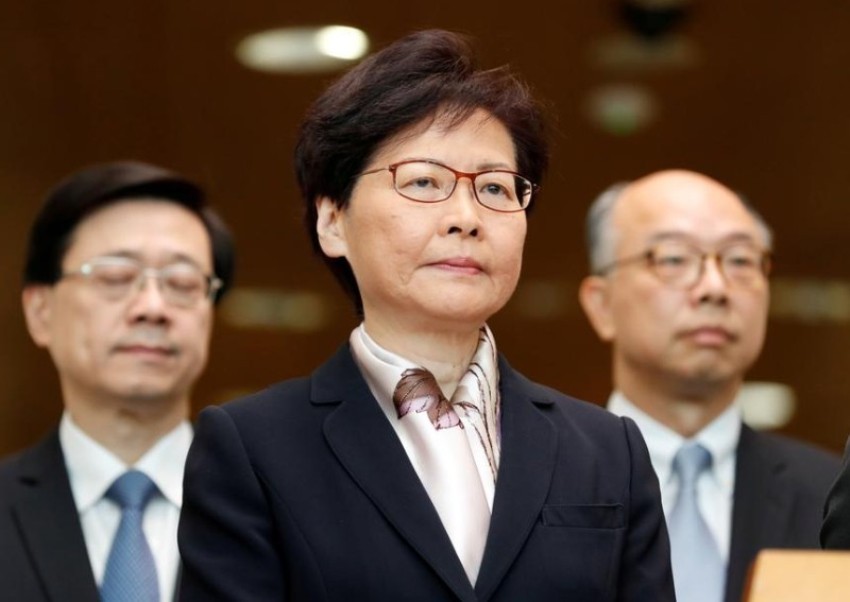 Hong Kong’s Carrie Lam has said that those opposed to Communist Parties national security law were “the enemy of the people.” Also telling people in the financial hub to stop “smearing” the communists effort.

Critics see it as the most serious threat to a “one country, two systems” formula. Agreed upon when the former British colony returned to Chinese rule in 1997. Aimed at ensuring its freedoms and role as a global financial centre.

The Chinese communist government and Lam’s Beijing-backed city administration say the law will not curtail freedoms. Instead it will target a small number of “troublemakers” and help bring stability after a year of anti-government protests. Her opponents found her comments stereo typical of the communist party line.

“I urge opponents who still use the usual tactics to demonize and smear the work to stop because by doing this they become the enemy of the Hong Kong people,” Lam said before a cabinet meeting, referring to the legislation.

“The vast majority want to restore stability, and have safety, satisfaction and employment.”

The government has mounted a campaign to rally public support for the legislation. With Communist propaganda billboards, a booklet with questions and answers and a video of Lam defending the law “in the public interest”.

In the video, posted on the city government’s website, Lam decried a “terrorist threat” against a “traumatized” city. Saying advocates of independence were “colluding with foreign forces” and undermining security.

“Hong Kong has become a gaping hole in national security. Our city’s prosperity and stability are at risk,” said Lam.

Lam’ s latest defence of the law came a year after Hong Kong’s biggest ever demonstration. When about 2 million people, according to organizers, marched against another bill the city wanted to introduce. A law that would have allowed extraditions to Communist China.

Critics saw that bill as a threat to judicial independence and though it was later withdrawn, protests broadened into a campaign for greater democracy and clashes with police intensified.

This year, the coronavirus outbreak brought a lull in protests in Hong Kong. However they have resumed since the Communist Party announced the plan for the security law.

Details have not been announced but it has been widely criticized. Not only by democracy activists but by diplomats, lawyers and business leaders. Who also fear it could erode Hong Kong’s rights and freedoms.

Lam also said the Communist government was considering relaxing restrictions aimed at stopping the coronavirus. However it was unlikely they would be completely scrapped.

Hong Kong’s borders are almost fully closed. Furthermore groups are limited to eight people although life is returning to normal. The rules have helped limit numbers at demonstrations. With police citing the coronavirus in rejecting applications for rallies.