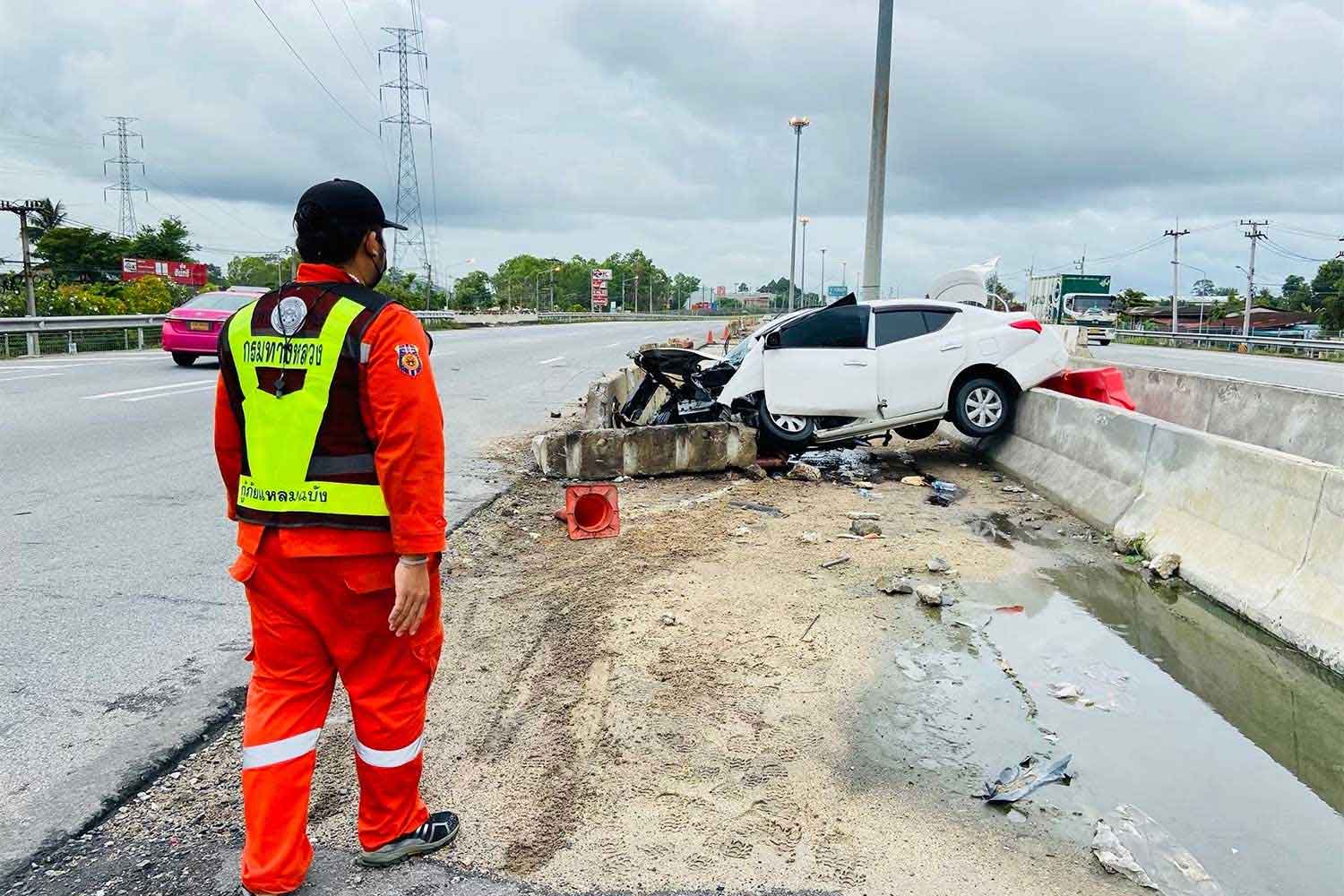 Highway Police in central Thailand have come under fire for failing to notice the body of a man trapped inside a wrecked car for 12 hours in Pattaya earlier this week.

The family of the victim Mr. Phattharachai Atthaporn, 68, are suing the Highway Police and the rescuers for their part in the alleged incompetence.

Mr. Phattharachai was driving along the Bangkok-Pattaya motorway heading to Chon Buri on Aug 9 when his car veered off the road and crashed.

When Highway Police and rescue workers arrived they approached the mangled wreckage however they failed to notice Mr. Phattharachai was still in his car.

Police had the car towed to the police station and left it there for 12 hours before discovering Mr. Phattharachai’s body inside.

The Highway Police and the rescuers have since come under intense criticism for their alleged negligence.

In response to the incident, Highway Police commander Pol Maj Gen Ekkarat Limsangkan apologized and said a fact-finding panel with the Highways Department will investigate the oversight.

He said the police officers at the scene said they didn’t see a driver in the car and thought he may already have been taken to hospital.

When investigators discovered no hospital had admitted Mr. Phattharachai, they returned to the wrecked car and found his body inside.

Mr. Phattharachai’s family claim that if he had been taken to hospital promptly he might have survived.

However, Dr Pakorn Wasinrat, from the Institute of Forensic Medicine, said the man most likely died minutes after the crash because of severe injuries.

In other Thailand news, a Singaporean woman was killed and seven others were injured when the car she was driving hit a small tourist bus while coming downhill on a hilly road in Phuket.

On the scene, police and rescue workers discovered a badly damaged Toyota Yaris with Phuket licence plates and a tourist bus with broken windows.

Phuket police said that while the car was coming downhill, the driver lost control of the vehicle and crashed into the bus.

5 Singaporean tourists including the driver, the bus driver and two tour guides sustained injuries. Both vehicles’ injured passengers were taken to hospital.

The Singaporean woman driver died from her injuries while in transit to hospital.

A Polio Virus Was Detected in NYC’s Sewage, Suggesting the Virus is Circulating