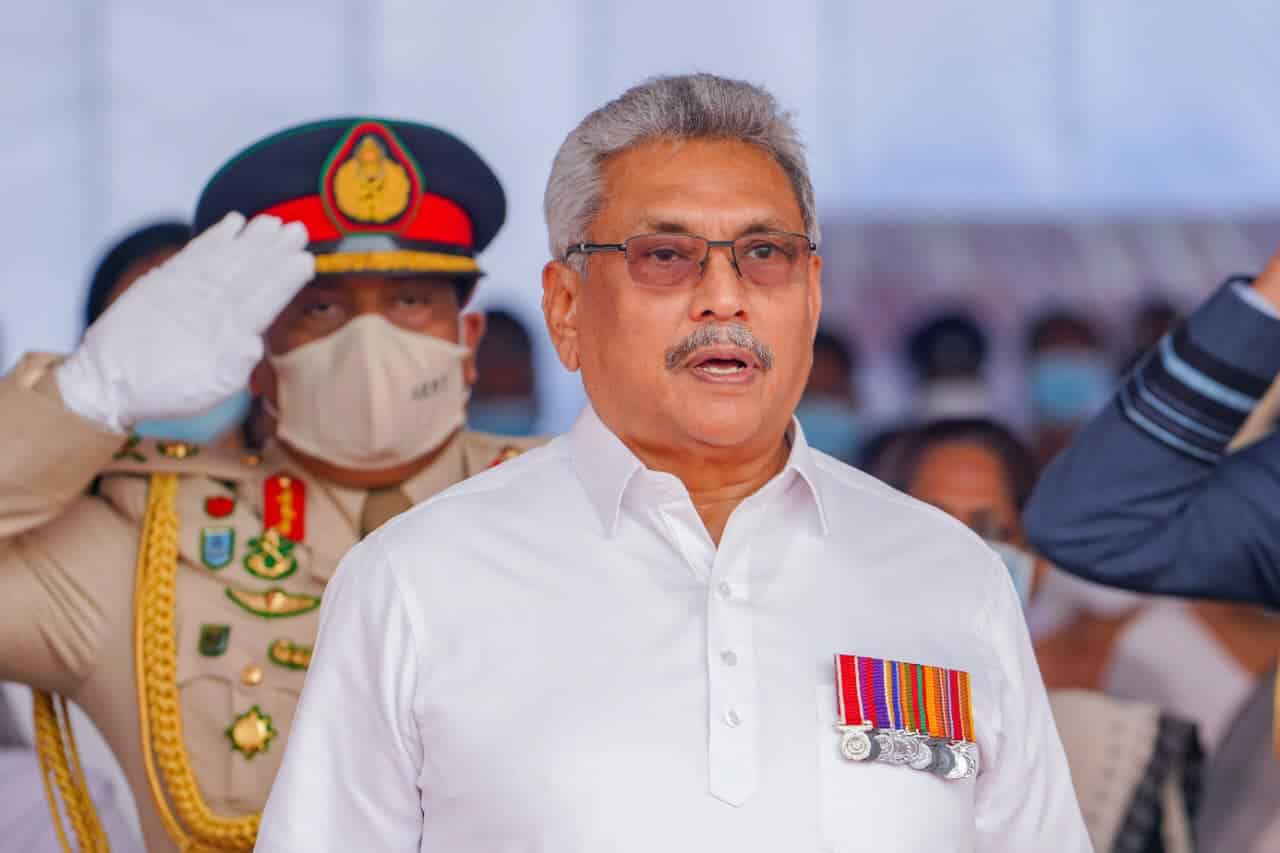 The Prime Minister of Thailand has granted the deposed president of Sri Lanka, Gotabaya Rajapaksa, temporary asylum in the Kingdom to seek permanent asylum in another country.

In a news conference on Wednesday, Prime Minister Prayut Chan-o-cha confirmed Mr. Rajapaksa is visiting the kingdom temporarily for humanitarian reasons and promised not to engage in political activities in the kingdom while he sought refuge in a third country.

Gen Prayut said: “This is a humanitarian issue. It is not a political issue, and we are making a promise that it is a temporary stay. No political activities will be allowed to help him gain refuge in another country.”

Thailand’s Foreign Minister Don Pramudwinai said the ousted president can stay in the Kindom for 90 days as he is still a diplomatic passport holder.

According to Don, the Sri Lankan government is not opposed to the visit, and the Thai government will not provide accommodations for him.

Since Ranil Wickremesinghe worked for him when he was in power, the visit would not cause conflict with Colombo. According to the Foreign minister, his stay was conditional on not causing Thailand any problems.

Meanwhile, following a crackdown against protest leaders in Sri Lanka, the protesters who brought down the previous government dismantled their main demonstration site near the president’s office on Wednesday (Aug 10).

According to the group led by university students and leftist parties, tents were being cleared along the Galle Face seafront promenade.

According to a spokesman, they also withdrew four court challenges against a police order ordering them to leave the capital of Sri Lanka. The activists took down tents and other erected structures as part of their struggle against the administration.

In the most severe economic crisis in Sri Lanka’s history, the protests began on Apr 9 as a protest against shortages of fuel, food, and medicine.

On Jul 9, tens of thousands of people overran Gotabaya Rajapaksa’s presidential palace, forcing him to flee and eventually resign.

Protesters occupying Rajapaksa’s residence and office were evicted days after he fled to Singapore and announced his resignation.