Freight Truck Plunges Of Bridge And Explodes In Southern Thailand

Police in Thailand’s deep south have reported the driver of an freight truck was killed after his truck plunged off a bridge and exploded in flames onto a road below in Songkhla province’s Hat Yai district late on Tuesday night.

A Hat Yai police spokesperson said the accident occurred about 11pm at the parallel bridges leading into a tunnel at Ban Nakhuan on the main highway in tambon Khuan Lang.

According to Thai media the freight truck belonged to Akarapon Transport Company in Hat Yai and was carrying containers loaded with racks of eggs. The truck driver was heading for Nakhon Pathom province after leaving the Sadao border checkpoint.

Police said the freight truck crashed through a railing on one side of the bridge, plunged down onto the road below and burst into flames. Nearby residents said they heard two explosions before the truck was engulfed in fire.

Four fire engines from Muang Khuan Lang Municipality, another from a charity foundation and several ambulances were rushed to the scene. The firefighters took about two hours to put out the blaze, which destroyed the truck and egg containers.

Both sides of the highway were closed and vehicles directed to a by-pass under the bridges. The truck driver’s charred body was retrieved from the truck by rescue officials. The driver was identified as Mr. Shaklif Madbenli, 29, of Songkhla’s Hat Yai district.

Police from the Hay Yai police station were investigating the cause of the accident, the Police spokesperson said investigator were trying to determine how and why the truck broke through the bridge railings. 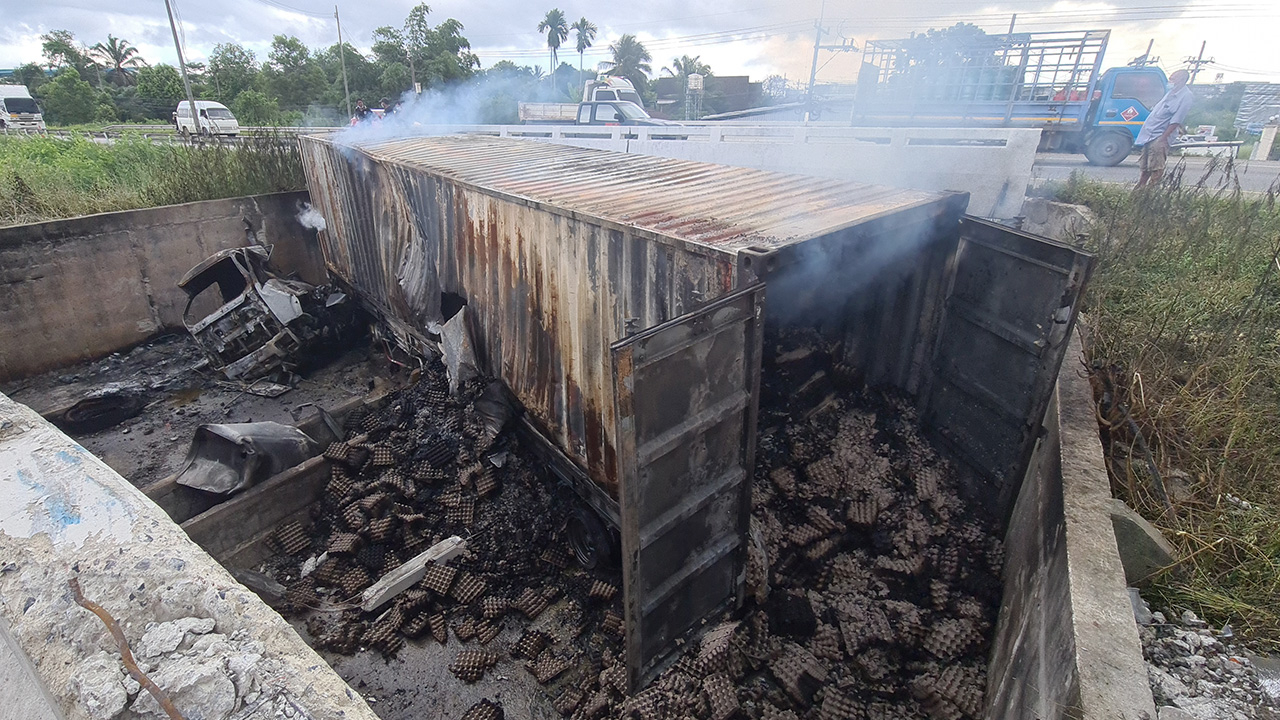 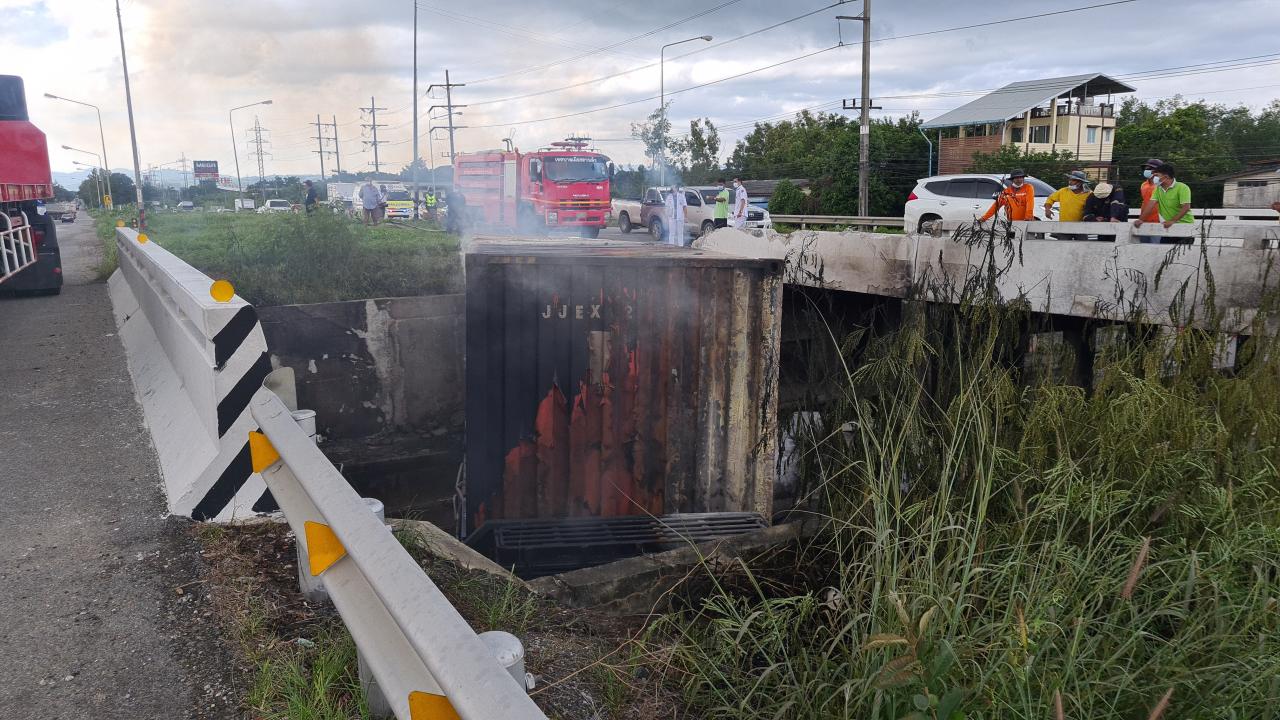 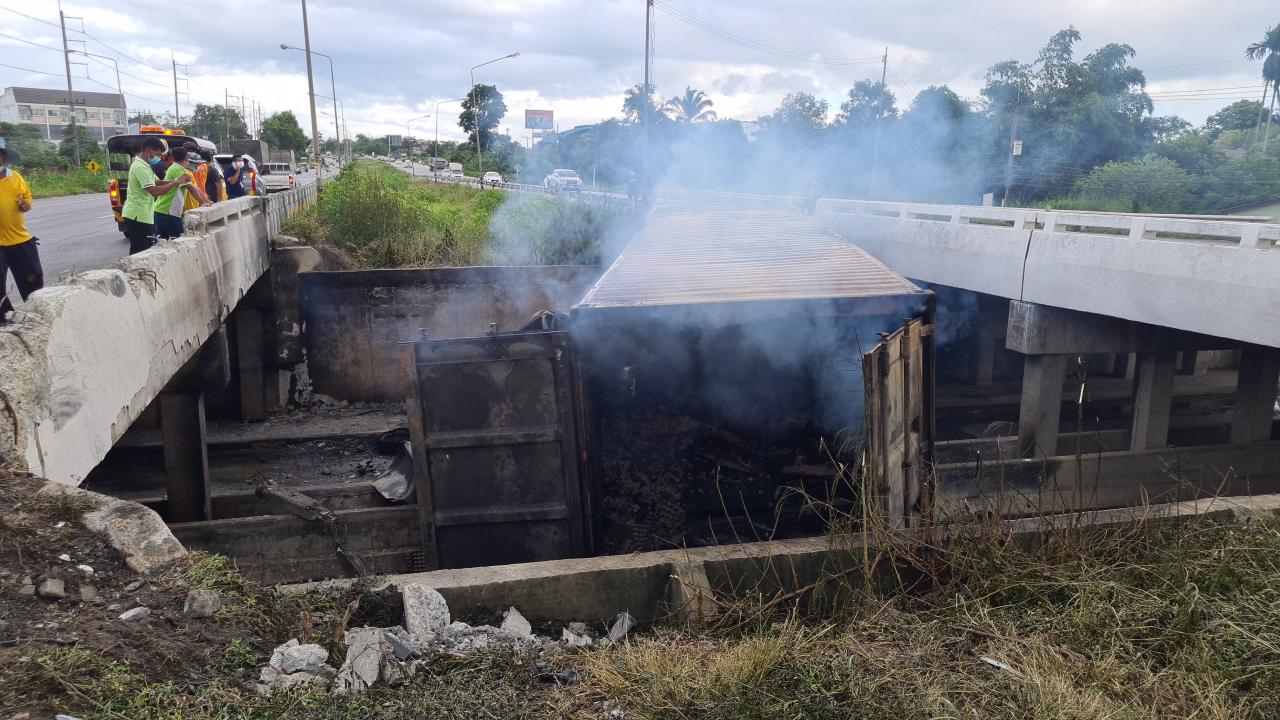