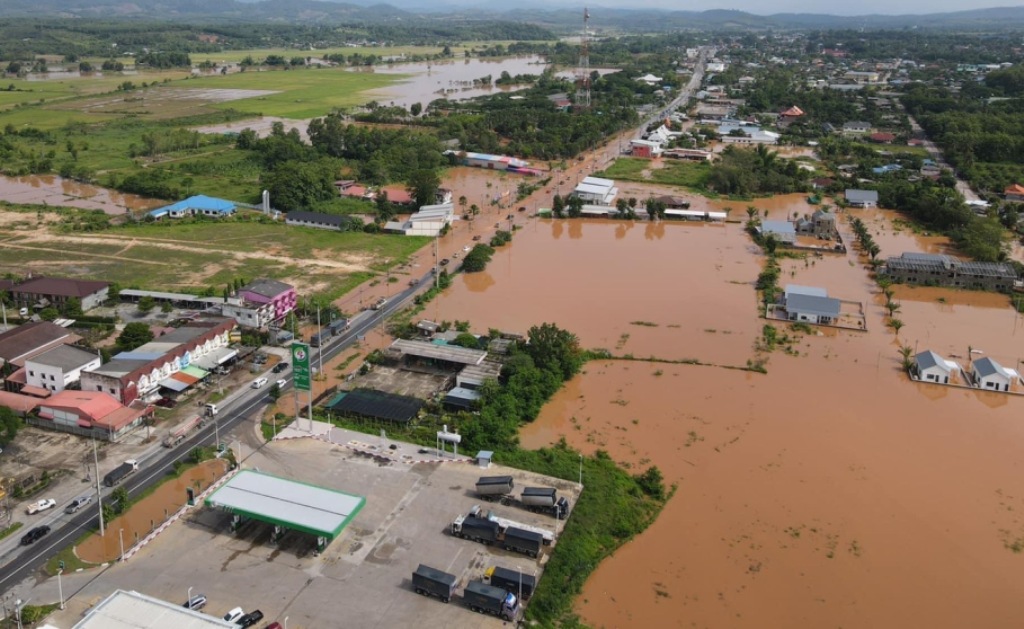 The flooding situation in Thailand’s northern province of Chiang Rai is worsening, with levels in several waterways steadily rising, due to heavy rainfall since last evening.

In the Mae Chan district of Chiang Rai, the Chan River broke its banks and has flooded markets and nearby communities.

Yesterday, mayor Wanchai Chongsutthamani of Chiang Rai’s Muang district ordered the sluice gate to be opened, allowing more water to discharge into the Kok River and water pumps to be operational around the clock to prevent more flooding.

A total of 65 communities in the district also received assistance for flooding from government officials.

As of today, the flooding situation in Chiang Mai province has eased, but some roads, including Chotena Road, which ends at Lanna Golf Club, and Highway 2, remain closed. Some areas are still submerged, making it impossible for cars to pass through.

Even though the rain subsided yesterday, motorists are warned of possible mudslides on mountainous roads.

Meanwhile, according to the Meteorological Department, heavy rain will fall today and tomorrow in northern and southern Thailand due to a low-pressure cell and monsoon trough over northern and northeastern Thailand.

Several parts of Thailand and the Andaman Sea are also experiencing a strong southwest monsoon.

Today and tomorrow, this weather system is expected to cause rainstorms and strong winds in the country’s northern, northeastern, central, and eastern regions and the upper southern region.