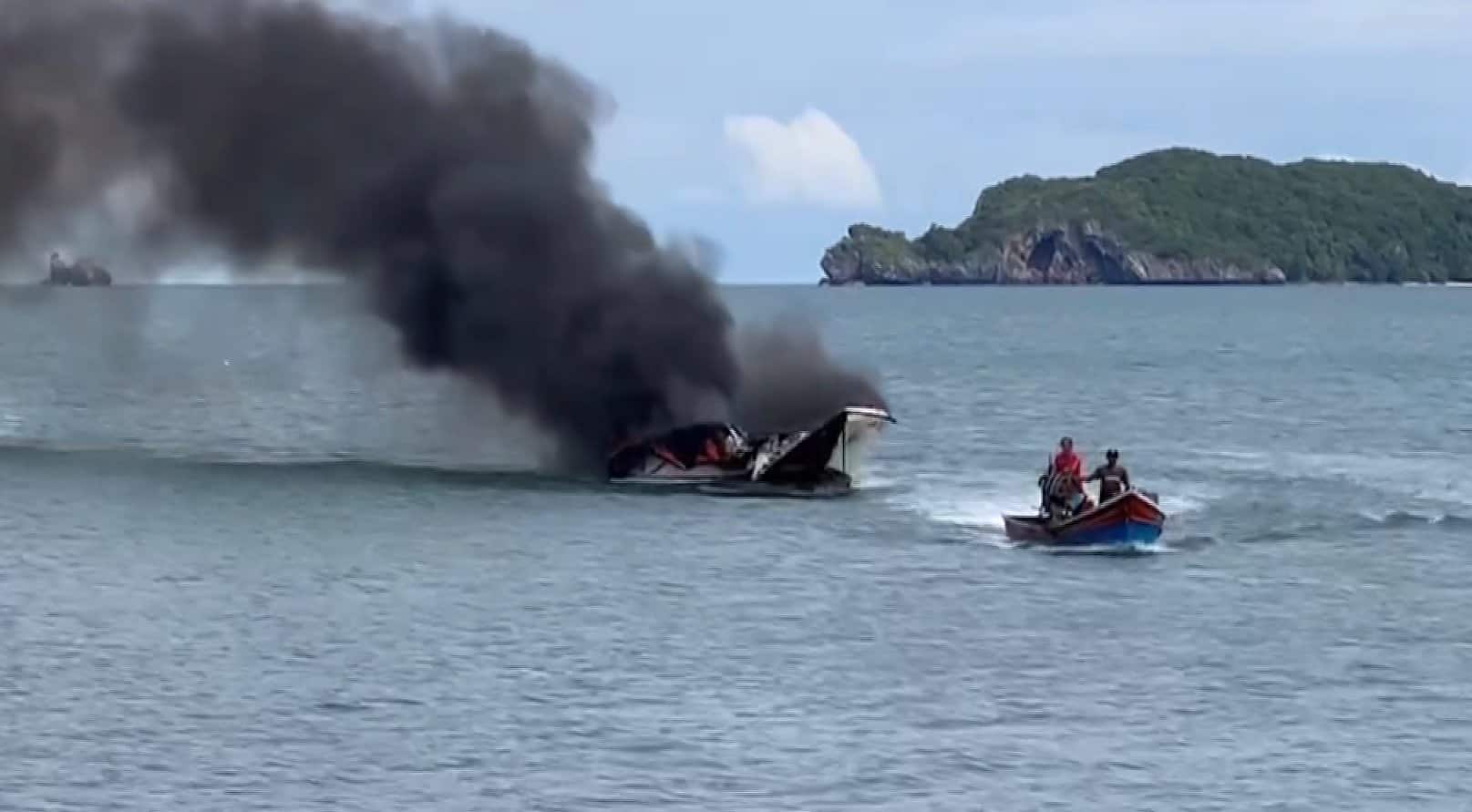 On Wednesday afternoon, 18 passengers were reported injured by an explosion and fire aboard a passenger ferry on the Chumphon-Koh Tao route, in the sea about 3 kilometres off the Chumphon coast in Southern Thailand.

Chumphon marine police and rescue workers raced to help injured passengers off the burning boat near Koh Ka in Tambon Hat Sairee. Most of the injured suffered burns.

Some passengers jumped into the sea as well.

There was an explosion on the passenger ferry boat, operated by Lomprayah Co, around 2.30pm.

According to police, the engine exploded, causing a fire to spread throughout the boat.

According to Phuripat Theerakulpisut, deputy director-general of the Marine Department, the passenger ferry “Lomlakkhirin 18” departed Lomprayah pier in Chumphon at 2pm with 18 passengers and two crew members.

Around 3 kilometres off the coast, in the vicinity of Koh Thong Lang, there was an explosion.

A rescue operation was conducted to save all passengers and crew. There were a few passengers who were slightly injured. According to Mr. Phuripat, there were no deaths.

Efforts are being made to determine what caused the fire.

Read: Travelling by Ferry to and from Koh Samui