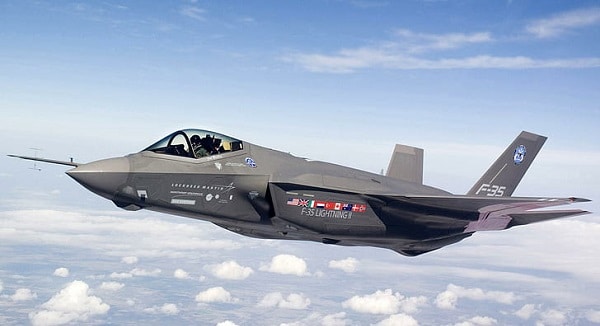 The Royal Thai Air Force has asked the House committee scrutinizing the 2023 budget bill to rethink its decision to cancel the purchase of two F-35 fighter jets worth 7.38 billion baht from the government’s fiscal budget.

Deputy chairman Yuttapong Charasathien of the Pheu Thai Party’s Maha Sarakham Parliamentary Group indicated on Sunday that the ruling panel had not changed its position.

Air force officials argue that timing is crucial to preventing a backlog of orders for F-35 fighter jets lodged by overseas counterparts. It would be advisable if this could be accomplished as soon as possible, the Air Force officials said.

According to him, Thailand has incurred enormous debts since the Covid-19 pandemic, so additional loans would not be appropriate.

Moreover, Mr. Yuttapong said the US Congress would take up to 20 months to approve the sale. According to him, the RTAF should wait until then before seeking funding.

Mr. Yuttapong said the air force can resubmit its request for allocations from the 2024 budget.

As stated in a previous statement, ACM Panpakdee Pattanakul appealed to the subcommittee’s chairman. He said the appeal would then be forwarded to the House panel that scrutinized the bill.

He said that only about 700 million baht is required from the 2023 coffers, while the rest will be carried over to later years until fiscal 2026.

Despite the need to revive the economy, the air force needs this initial sum to push the US into making a decision. This decision is expected in January 2023.

According to Air Chief Marshal Napadej Dhupatemiya, the RTAF is only doing its duty under government policies to strengthen its air power to protect the country from threats.

According to AVM Prapas, the RTAF plans to procure a new fleet to replace the three decommissioned fleets in the next 40 years.

Before discussing details of the purchase deal with the US, the RTAF needs to know the budget for the procurement.

A letter of offer and acceptance (LOA) cannot be arranged with the US for procurement if the RTAF is not allocated from the 2023 budget.

By ordering F-35 fighter jets between 2022 and 2023, RTAF would join a growing list of Nato members, including Germany, Greece, and the Czech Republic, which plan to order the aircraft between these dates.

If the RTAF takes too long to place an order, it will inevitably fall behind these three countries, delaying its plan to replace the entire fleet of F-35 fighter jets by 2034.