Home News Exploring The Extent of Internet Censorship in Thailand 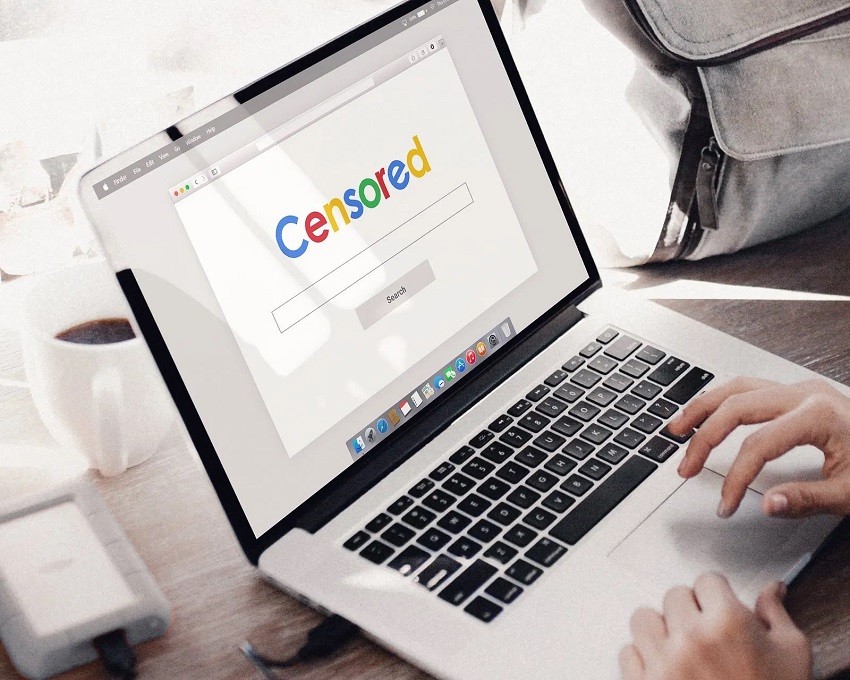 Internet censorship is very common in different areas of the world. Thailand is just one of the countries that make headlines with its strict digital censorship. It is, however, pretty high on the list, making it a popular and necessary place to unblock sites with Thailand VPN.

How Censored Is Thailand, Really?

Thailand has been given an internet censorship rate of 6 out of 10, with 10 being the harshest. It was not always quite so stringent, though. Censorship in Thailand started simply as a way to block inappropriate and pornographic content as well as gambling sites. It was not until later that Thai citizens were banned from free speech.

The 1997 Constitution of Thailand guaranteed freedom of speech. However, after a military coup in 2006, that freedom was eradicated. Thai citizens have to be extra careful in things they say online. Sadly, that censorship continuously grows.

How Censorship Is Carried Out

If the Thai government finds issues with a website, it may be blocked by the Communications Authority of Thailand, Ministry of Information and Communication Technology (MICT), or the Royal Thai Police. Sometimes, these blocks and bans come due to an official court order. Others occur a little differently.

The MICT does not order that these websites be blocked but requests that the nonprofit ISPs in Thailand block them. These nonprofits do not have to comply as there is no court order, but they suffer if they do not. They either lose bandwidth or their operating license. In short, they must either comply or face losing their business.

Global Voices Advocacy (GVD) is a network comprised of activists and bloggers from around the world who fight against censorship. This group reported Thailand blocking at least 113,000 websites- as of 2010- stating reasons of national security and that about 500 more are added every single day.

Since the 2010 report, there have been several instances of mass blocking of websites. The question many ask is, “Why?”, and it’s a good one. Why does the Thai government feel that so many websites should be banned? The following are the most common reasons shared:

Pornography and gambling are expressly prohibited in Thailand, so it is no shock that these things were blocked. Websites that sell sex equipment have also been banned. Pornographic content makes up about 22 percent of the banned websites though gambling covers less than 1 percent.

This is the biggest reason for the bans: The websites or posts pose some sort of insult, injury, or threat to either national security or the royal family.

Thailand is very loyal to its ruling king and absolutely forbids any speaking out or embarrassment to be brought to him or his family. Lese Majeste refers to a law that is actually common in many countries. However, the law seems to be stricter in Thailand than most other places that use it.

Lese majeste states that anything that threatens, defames, insults, or is in any way unflattering to the king, queen, regent, heir apparent, or previous monarchs is illegal. Lese majeste also prevents citizens from criticizing the military.

The law has been in existence since the early 1900s. Breaking it can land Thais in prison from three to 15 years. There was even a case in which the guilty party received 30 years.

Since 2014, 77 percent of the websites the Thai government has blocked was said to be due to content that was illegal. In that same time period, nearly 100 Thais have been jailed for supposedly breaking this law.

In truth, requesting loyalty and respect for the monarch is not really the issue here. The problem is that most people feel that the Thai government uses this law as an excuse to put an end to any potential opposition. Considering that it has not been the King but officials who have actually claimed insult to the King, it makes one question how, exactly, these things have been insulting.

What Exactly Does Thailand Block?

It would take quite some time to learn and list every single website and platform that Thailand has banned, but there are a few of specific interest:

Like many other well-known beings, the King of Thailand had a Wikipedia page. Thai officials were not happy with the idea and had it banned. This is similar to the banning of books and movies that depict the king at all, including the well-known movie The King and I and the unofficial biography The King Never Smiles.

YouTube has been blocked in Thailand several times, and it started even before the military seized power in

While there are plenty of punishments that have been handed out, here are just two arrests of note: First, a man took a photo of the King walking his dog and posted it online. Also, a lady responded to a political post with the words “I see”.

These two actions led to arrests and prison terms, though they leave many people wondering exactly what was so insulting or offensive. There are even banners up around Thailand threatening jail time for the wrong likes and comments on social media.

According to the Thai government, more than 300 posts on Facebook were illegal according to the lese majeste laws and asked Facebook to delete all of these posts. Facebook did delete 178 of them, but that did not please the Thai officials.

In fact, they stated that if they found any illegal content in the remaining posts, they would block all 14.8 million Thai Facebook users. Facebook decided to comply. Additionally, there are more than 200 Thai people who are not allowed to post anything online at all, and that includes the former Prime Minister.

The Trouble With Censorship

What exactly is the problem with this censorship? Is it not justified for a country to ban certain things in order to protect its ruler and its way of life?

To answer those questions, one would need a complete understanding of why the censorship exists and what- exactly- is being gained from it. Unless you are the one controlling the censorship, it is impossible to fully understand the motive. Motive aside, though, there are some serious things to consider about censoring the internet.

If one is only seeing controlled information, it typically prevents them from getting the whole picture- and ignorance is not bliss. A person could be missing vital life-saving information. They could completely miss important events going on in the world. Necessary communication can be cut. And the oppression can do a lot of damage to one’s mental and emotional well being.

The internet is more than a luxury these days- it is basically a necessity. It is how one gets the news; keeps in touch with loved ones; educates themselves in different areas- including health- and much more.

Fear of tracking and monitoring

Censoring the internet so heavily is greatly affecting the lives of citizens and can actually affect the entire global economy. This is precisely why VPNs exist- to allow you to access the internet without so much fear of tracking and monitoring. VPNs are one of the best ways to gain access to blocked websites no matter if you are in Thailand or in another part of the world.

If you choose to regain access to the internet through the use of a VPN, you want to be sure that you choose a trustworthy one. Also one that has a reputation of being effective. Even more that has servers in Thailand (or any other country you visit), and does not log user activity. Some you might consider include:

Whether you live in Thailand, visit their often, or even have a loved one who does, it is vital to understand the severity of the censorship laws that are carried out. Education is the first and wisest step in preventing any unintended mishaps. Ones that could land you in prison. Furthermore there are several groups that keep watch over digital censorship around the world. Groups that can help you stay up to date on any changes or new restrictions as they arise.