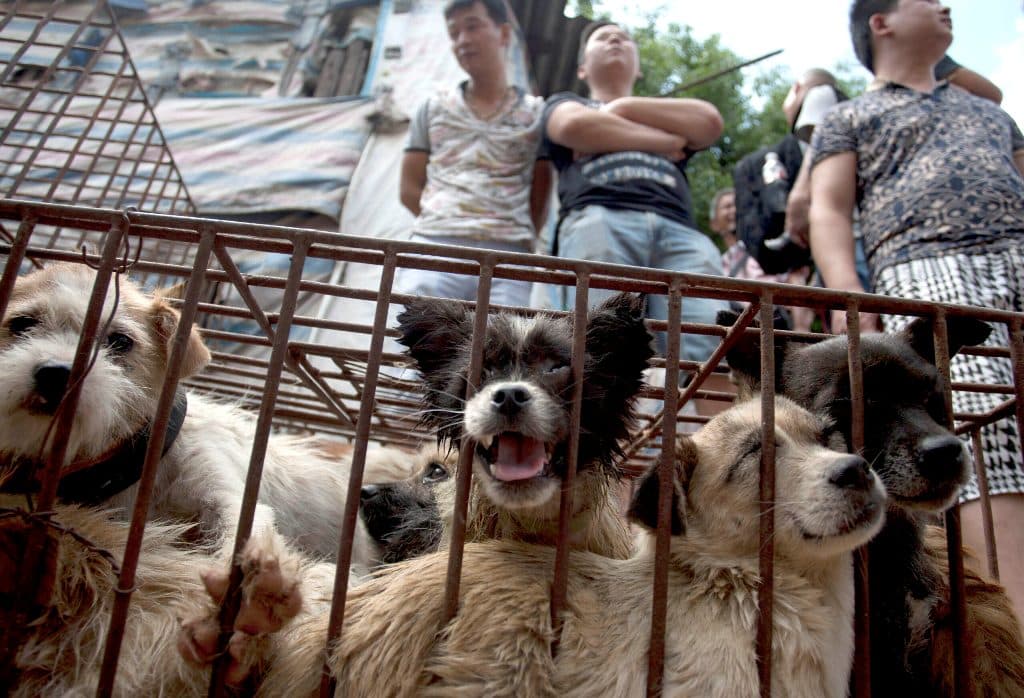 The Soi Dog Foundation has relaunched its latest campaign to end the dog meat trade in Asia after the Covid-19 pandemic hampered progress in 2020 and 2021.

With many pandemic restrictions now lifted, Soi Dog is once again tackling this horrific trade throughout the region. The “Last Country on Earth” campaign has been created to pressure all Asian countries to end the dog and cat meat trade. This new step marks the foundation’s effective return to action after two years of obstacles posed by the pandemic.

Soi Dog has been fighting the Asian dog and cat meat trade for over a decade. With the help of several governments and private organizations, the inhumane trade in Thailand was effectively stamped out in 2014, the same year the foundation was influential in helping to bring about Thailand’s first animal welfare law.

Between 2011 and 2014, thousands of dogs were rescued, and nearly 800 were rehabilitated and rehomed worldwide. Since then, Soi Dog has targeted nearby countries, putting pressure on authorities to bring about changes in legislation and collaborating with active local animal rescue groups like ARC (Animal Rescue Cambodia) and ARK119 (Animal Rescue Korea 119) to help put an end to the barbaric practice.

In partnership with ARK 119, they have successfully shut down 13 farms and three slaughterhouses in South Korea, with some of the rescued dogs already finding new homes overseas earlier this year. 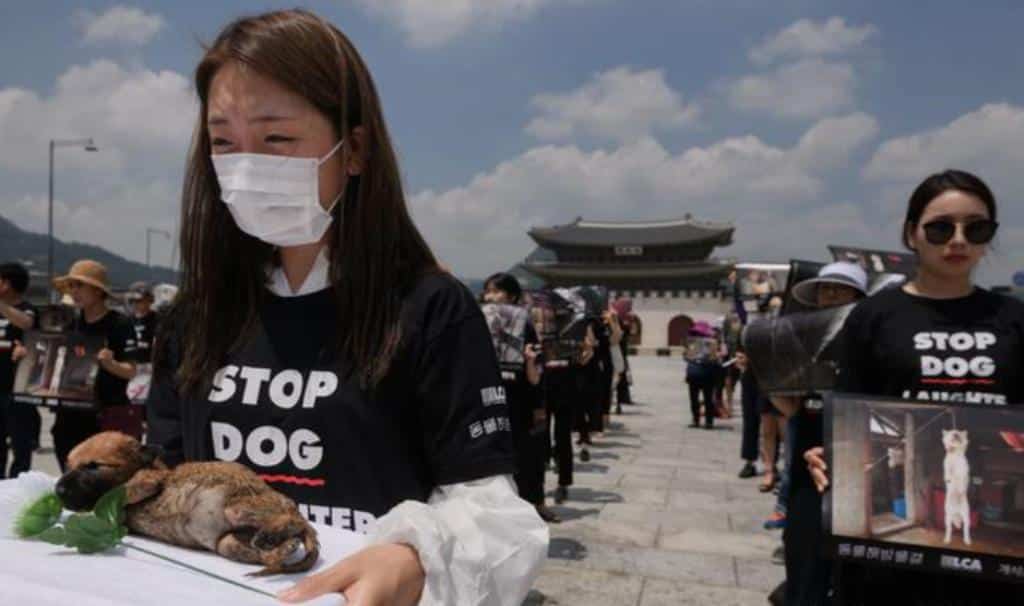 The foundation also focuses on Vietnam, the country with the highest consumption of dog and cat meat per capita anywhere in Asia. According to Soi Dog data collated on the ground in Vietnam, there are 700 dog meat restaurants in the capital of Hanoi alone. To fulfil demand, stray dogs and owned pets are routinely snatched, transported and then slaughtered in the most inhumane ways imaginable.

In addition to their existing work in South Korea, Cambodia and Vietnam, as part of the foundation’s relaunch into tackling the trade, Soi Dog has now incorporated a project in the Philippines, where an estimated 200,000 dogs are caught up in the illegal trade each year.

The foundation has teamed up with the Manila-based Animal Kingdom Foundation (AKF) to combat the dog meat trade in a country where laws already exist to prohibit the killing and consumption of dogs.

AKF is a partner of the Philippine National Police and other national agencies enlisted to enforce laws against animal cruelty, particularly the dog meat trade.  The focus is on carrying out raids of illegal premises, interceptions of dogs being transported for slaughter and convictions of perpetrators. 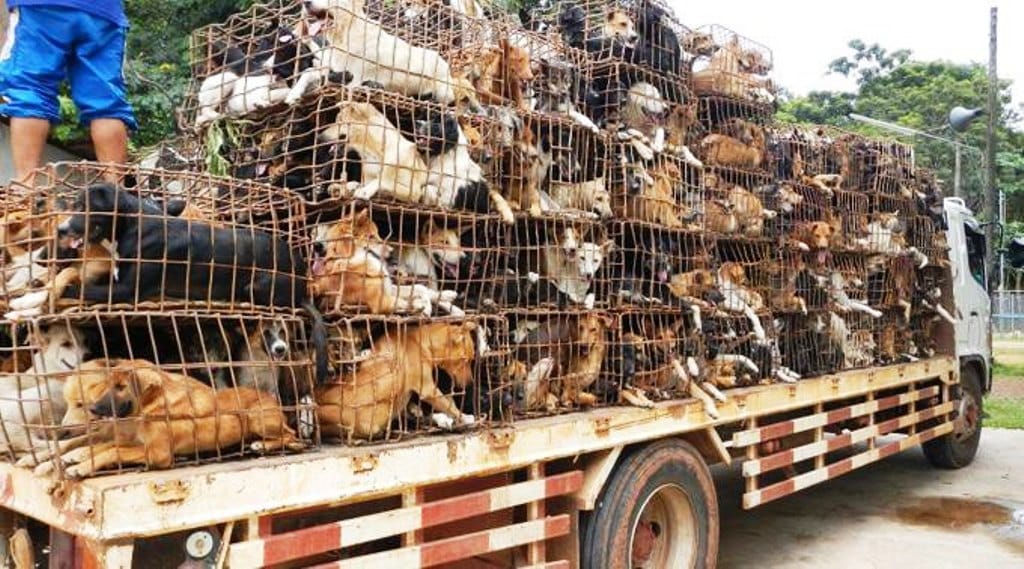 Dog Meat Trade in the Philippines

The illegal trade in the Philippines continues underground, especially in the city of Baguio on the northern island of Luzon and in the south of the country on the island of Mindanao.

The Last Country on Earth campaign targets the dog meat trade throughout Asia, taking into account the variances of the trade and highlighting the different approaches required to achieve the same goal in all countries where it is prevalent.

The initiative covers a lot of ground, from an online campaign to show how cruel the dog meat trade is to a street-level campaign with several independent groups to look for rabies and shut down dog meat restaurants, slaughterhouses and other small related businesses.

Enforcing the law is just as important as banning the trade. According to John Dalley, co-founder of Soi Dog Foundation, “Our plans will include not only having countries ban the trade but also ensuring the laws are followed – just as we did in Thailand.”

To maximize the impact on a large scale, Soi Dog and its allies will consult with national leaders for significant law reform, such as the Department of Health in Vietnam, to urge that dog and cat meat consumption is a health threat, including rabies and possible future zoonotic, that must be brought to light to improve public health in the country.

The Soi Dog Foundation will make every effort with the international alliance to raise awareness of the campaign in these countries; otherwise, they risk being forever known as the “Last Country on Earth,” still eating man’s best friend. 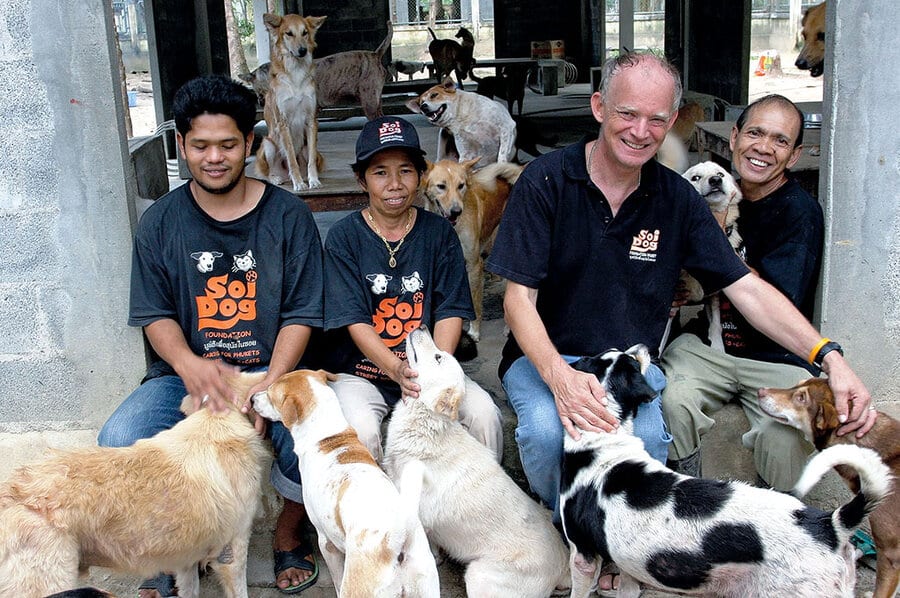 You can help by signing Soi Dog’s letter to the Philippines government, urging them to crack down and end this barbaric illegal trade once and for all.

The existing ban is great progress, but it is not enough. The laws must be enforced. Thousands of dogs are still being tortured and killed yearly in this horrific underground industry.

With your support, Soi Dog can urge the government to take decisive action and impose tougher penalties for those violating the law.

The more social and political pressure that can be put on the dog meat traders, the more dogs will be spared, and why your name on the letter will really help.

There is great power in your voice. Please sign Soi Dog’s letter to the government of the Philippines: https://support.soidog.org/content/help-shut-down-dog-meat-trade

For more information about the effort to end the trade in every last country on Earth, visit www.soidog.org