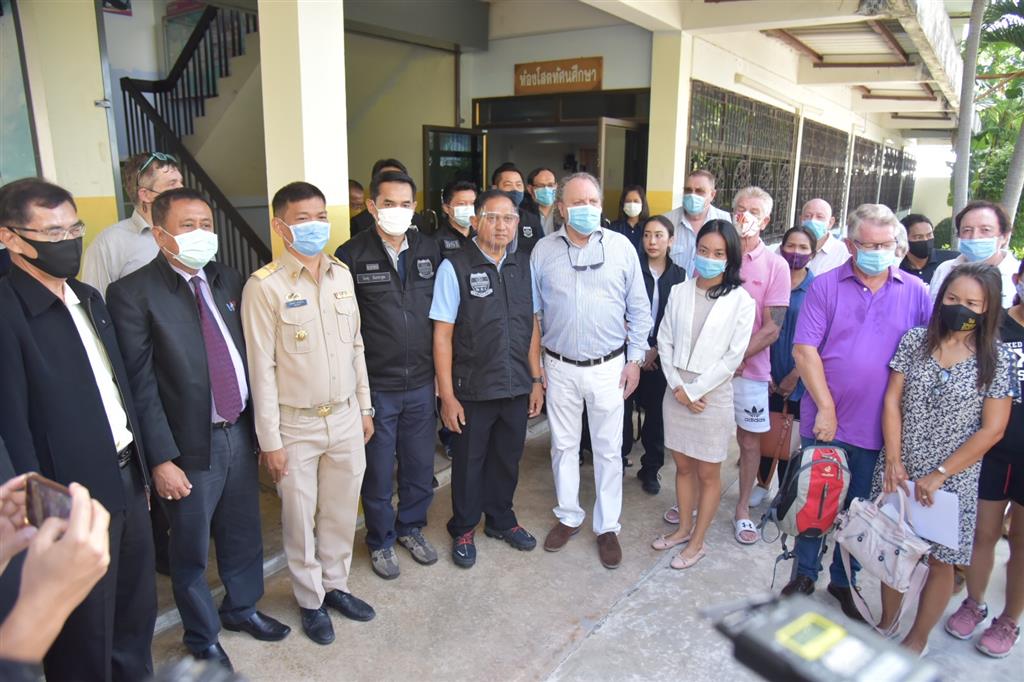 DSI deputy director-general Pakorn Sucheevakun said his department received complaints from 18 parties in Hua Hin. They included Thais and foreigners who bought houses in the housing estates from the suspect.

Pol Lt Col Pakorn said the projects are owned and controlled by the British suspect through a Thai nominee whose name was used as a legal entity.

He said this violates the 1999 Foreign Business Act, which prohibits foreigners from land trading and holding construction businesses. It was among several types of businesses made off-limits to foreigners under the law.

The DSI also alleged that the foreigner and the Thai nominee defrauded customers by using false information to advertise the housing estate projects in Hua Hin. When customers signed the purchase agreements, it was later found the houses were not what customers were promised in the advertisements, Pol Lt Col Pakorn said. He noted that some of the housing construction projects fell behind schedule. Also properties could not be handed over to customers before a specified deadline.

Pol Lt Col Pakorn said no permission had been sought from the authorities for the housing projects. As a result, house address numbers could not be issued by officials. Which also meant public utilities could not be supplied, he said.

The DSI has also found that income from the sale of the houses was not used to pay taxes, he said, a move that could be deemed as tax avoidance. “This is in violation of the Land Development Act,” Pol Lt Col Pakorn said.

“The operator shifted the burden to consumers and failed to honour contracts.” “It is an act of taking unfair advantage of customers,” he added. “The action of the foreigner, through the use of the Thai nominee, to run the business […] breaches the Foreign Business Act.” At least 240 million baht in assets owned by the operator have been identified, including land transfer documents, construction contracts and financial information, Pol Lt Col Pakorn said. Because the crime has caused more than 100 million baht in damages. The DSI will treat it as a special case, he said.

The DSI deputy chief said the department will pursue legal action against the violator and prevent the state from losing revenue. Adding investigators will examine the source of the project’s funding to see if money laundering was involved.

Pol Lt Col Pakorn stressed the need for the strict enforcement of the Foreign Business Act to prevent foreigners from using Thai nominees to circumvent the law and take control of businesses reserved for Thais.