In three narcotics cases in northern Thailand, a total of 2.5 million meth pills and 700 kg of crystal meth were recovered.Eighteen individuals were arrested and eight cars were impounded.

In the first case, police in Lampang stopped two pickup trucks loaded with fresh maize at a police roadblock in the Mae Phrik district. An X-ray revealed 350kg of crystal meth hidden in each truck.

Six individuals have been apprehended. They said the drugs were loaded in Chiang Mai and were destined for Nakhon Si Thammarat in southern Thailand.

In the second case, Chiang Mai police searched a car at a checkpoint in the Chai Prakan district and discovered 440,000 meth pills. They arrested two suspects.

That arrest led to two more suspects being arrested and the seizure of 1 million more meth pills.

In the third case, a truck carrying paddy rice was stopped in Phrae for a search at a police checkpoint in the Song district. One million meth pills were discovered buried amid the rice by police.

Seven people were detained for their roles in this crime, and two vehicles were confiscated for further investigation. 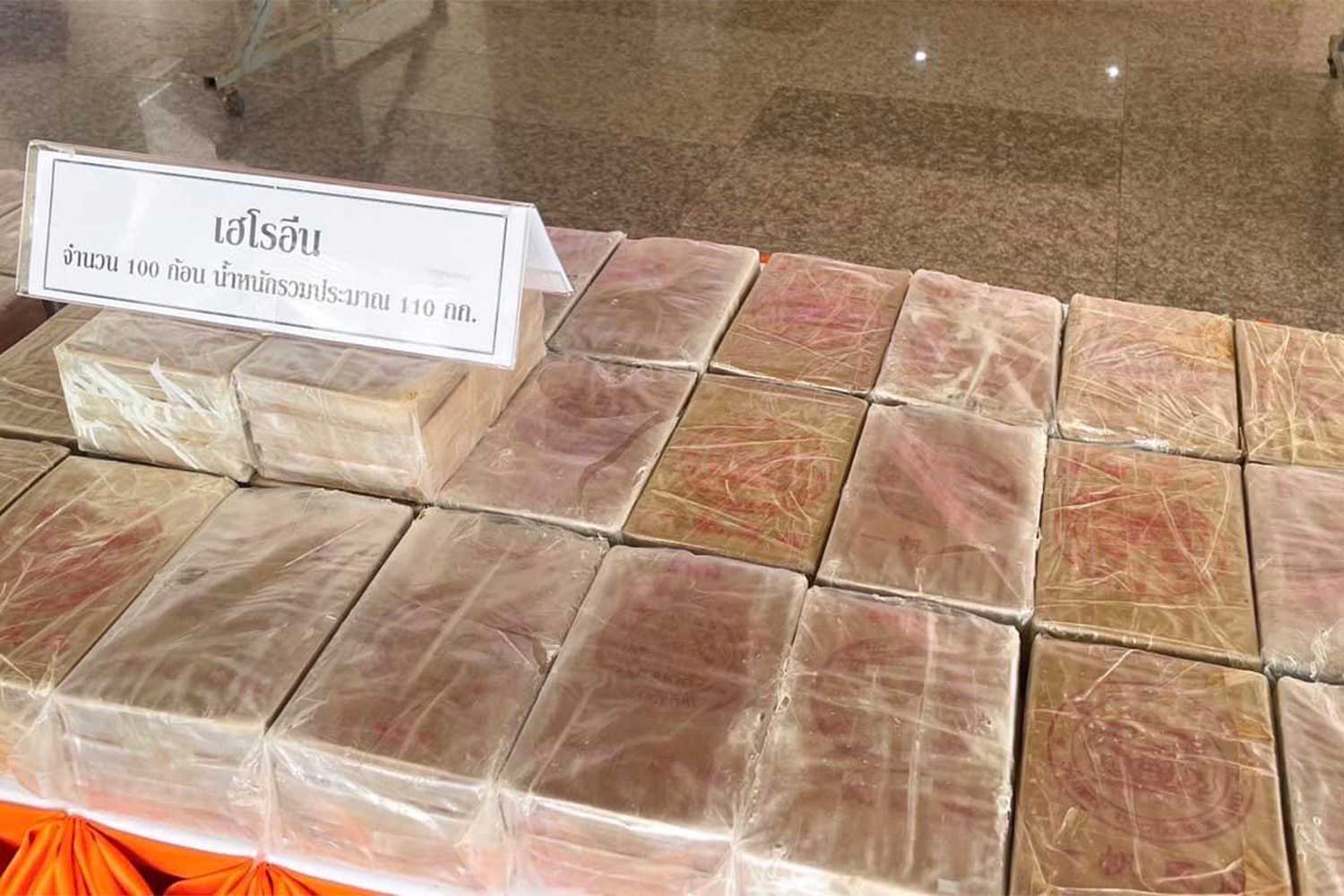 Meanwhile, two men were caught in Thailand’s deep south city of Pattani, 110 kg of heroin being transported to Malaysia was seized.

The police said they had been informed that a green pickup truck would be used to transport heroin across the Malaysian border.

A roadblock was set up, and the suspected pickup truck signaled for a search. Instead, they accelerated away.

Police took chase and stopped the vehicle at the provincial bus terminal in Pattani. A search revealed 100 bars of heroin, totalling 110 kilograms, stashed in the pickup.

The two suspects were apprehended and charged with illegally possessing heroin with the intent to sell.

Couple from China Busted Shipping 4.19kg of Heroin from Thailand