Driver Killed after his Shipping Container Truck Falls From Motorway 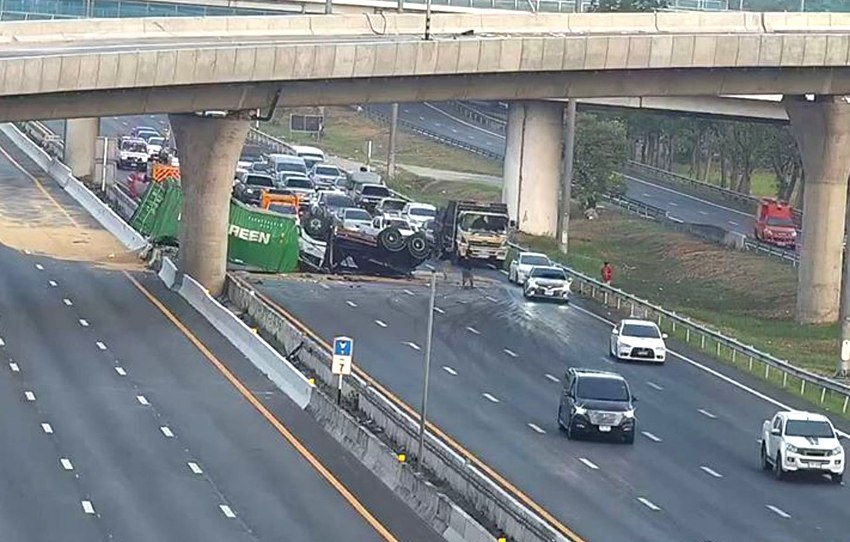 The incident occurred at about 6am when the truck carrying a shipping container suddenly fell off the bridge. The driver, whose name was not yet known, was killed instantly.

A crane was deployed to lift the shipping container trailer. Police are investigating.

Meanwhile, a woman fell to her death from the elevated Tha Phra MRT Station in Bangkok Yai district at 9am on Friday. Police and rescue volunteers arrived at the scene to find the body of an unnamed 43-year-old woman. She had a traumatic head injury lying in a pool of blood on the pavement below the station.

None of her belongings was missing from the body, Pattaya one reported.

Witnesses on the station said they saw the woman displaying strange behavior before she walked to the edge of the station and jumped.

Her sister told police the woman had suffered depression for at least two years after their father passed away.

Police collected evidence and asked for footage from surveillance cameras around the station to check how the incident happened.