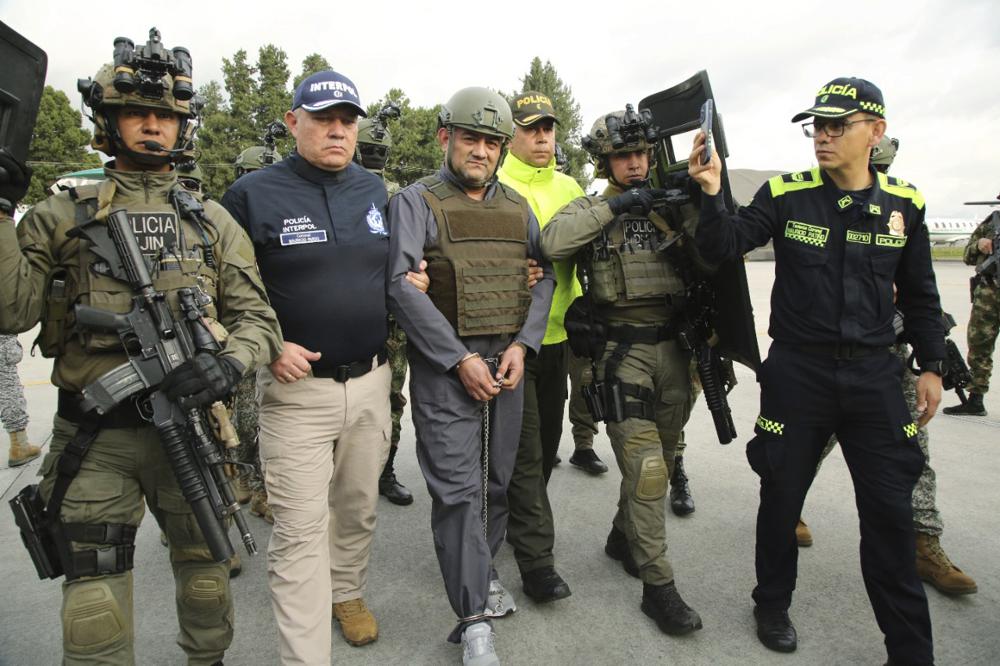 In addition to being one of the world’s most dangerous drug traffickers, Duque called David a murderer of social leaders, an abuser of boys, girls, and adolescents, and a murderer of policemen.

The former rural warlord, better known by his alias Otoniel, had stayed on the run for more than a decade by corrupting state officials and aligning himself with combatants on the left and right.

He was transferred Wednesday in handcuffs and wearing a helmet and a bulletproof vest from prison in Bogotá to a heavily guarded military transport airfield.

The US Drug Enforcement Administration has long listed him as one of its most wanted criminals. In 2009, he was indicted in Manhattan federal court on charges of narcotics trafficking and providing assistance to a far-right paramilitary group that the US government described as a terrorist organization.

He was later charged in federal indictments in Brooklyn and Miami with importing at least 73 tons of cocaine into the U.S. between 2003 and 2014 via Venezuela, Guatemala, Mexico, Panama, and Honduras.

David has also been in several guerrilla groups, and last year claimed to lead the Gaitanist Self Defense Forces, named for a mid-20th century Colombian leftist firebrand.

Usaga to be transferred back to Colombia

In Colombia, the government began the capo’s extradition after the State Council lifted a temporary suspension of an order by President Duque approving the move.

The high court dismissed a petition filed by a group of Usuga David’s victims, arguing that his extradition would violate their rights to justice and compensation. He was supposed to face more than 128 criminal proceedings at home first.

Duque said that as he completes his sentence for drug trafficking, Usuga will return to the country and pay the cost of the crimes he committed in Colombia.

Usuga’s Clan Del Golfo army of assassins terrorized most of northern Colombia. They gained control of major cocaine smuggling routes through thick jungles north to Central America and onto the United States.

As he defied authorities for years, his legend of a bandit grew alongside Colombian authorities’ horror stories about alleged sexual abuse of young women by him and his cohorts.