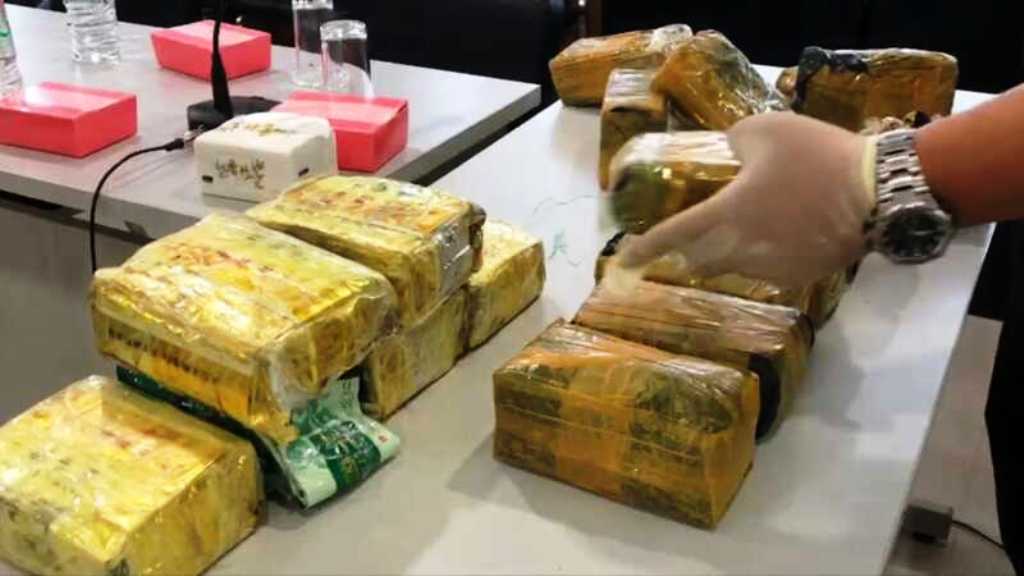 Chiang Rai Police were following a tip-off that a large number of meth pills would be transported from the Thai-Myanmar border through the Mae Fa Luang district. Due to the tip-off, manned checkpoints were set up along the route.

As the three vehicles reached a village road in tambon Mae Rai, Chiang Rai police stopped the vehicles for a search. However, the drivers of two of the vehicles managed to flee.

Searching the last vehicle, Chiang Rai police found the drugs, a handgun and ATM cards. The meth pills were allegedly linked to a trafficking syndicate based in Myanmar opposite Mae Fah Luang district, police said.

The driver was charged with illegally possessing narcotics with the intent to sell, also carrying a firearm in public without legal authority.