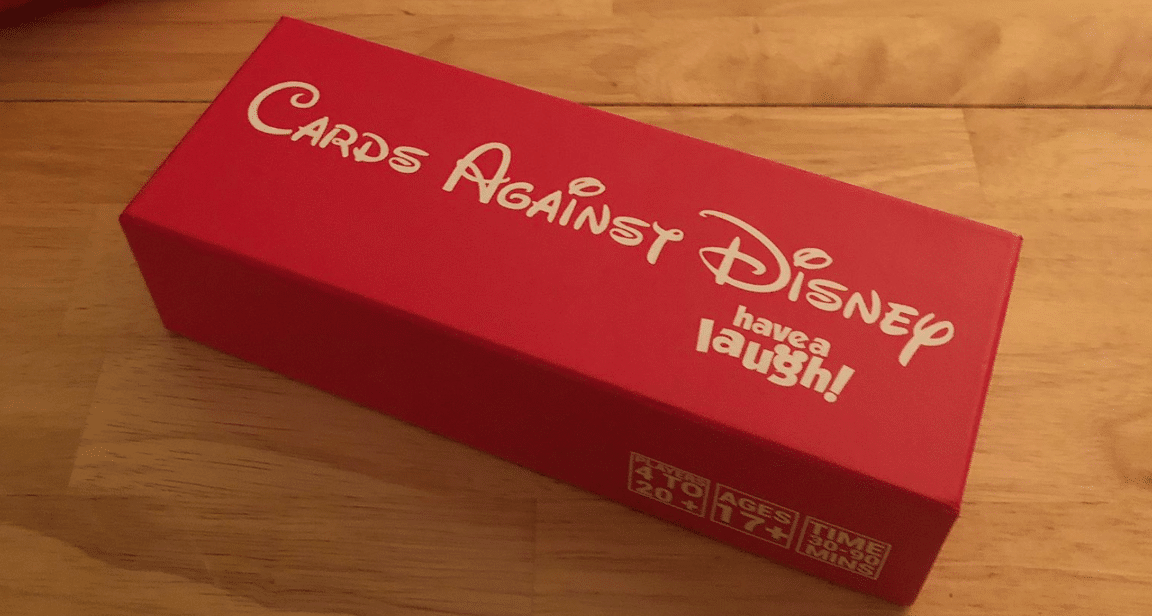 The wonderfully wacky people, who have given us some of the funniest board card games, have come up with the most deviant yet. Cards Against Disney is their latest creation and it puts two very different worlds onto a collision course of hilarity! The sweet childhood innocence of Walt Disney plunges headfirst into the deeply inappropriate humor of Cards Against Humanity.

But this will be the perfect addition to your games party night. This board card game of Cards Against Disney, added to ample supplies of beer and pizza, will give you and your like minded friends (those of a wacky and warped sense of humor, who are not easily offended) will enjoy hours of rib tickling fun. Cards Against Disney will be the highlight for any party night and bring more people round to enjoy the fun.

This is probably the board card game that will permanently ruin your fond childhood memories of all your favorite Disney characters. Nostalgia will be dashed as the, decade old, Cards Against Humanity spreads its lewd, crude and rude humor over everything.

But now that you have grown up and discovered that your sense of humor is about as twisted as Tigger’s tail, you might be wondering what else was happening in the Wonderful World of Disney. What were the sleeping arrangements for Snow White and the Seven Dwarves? Why didn’t we see any “adult” toys in Toy Story? Why was the Genie, in Aladdin, so keen to have his lamp rubbed? What else grew on Pinocchio’s body when he told a lie? 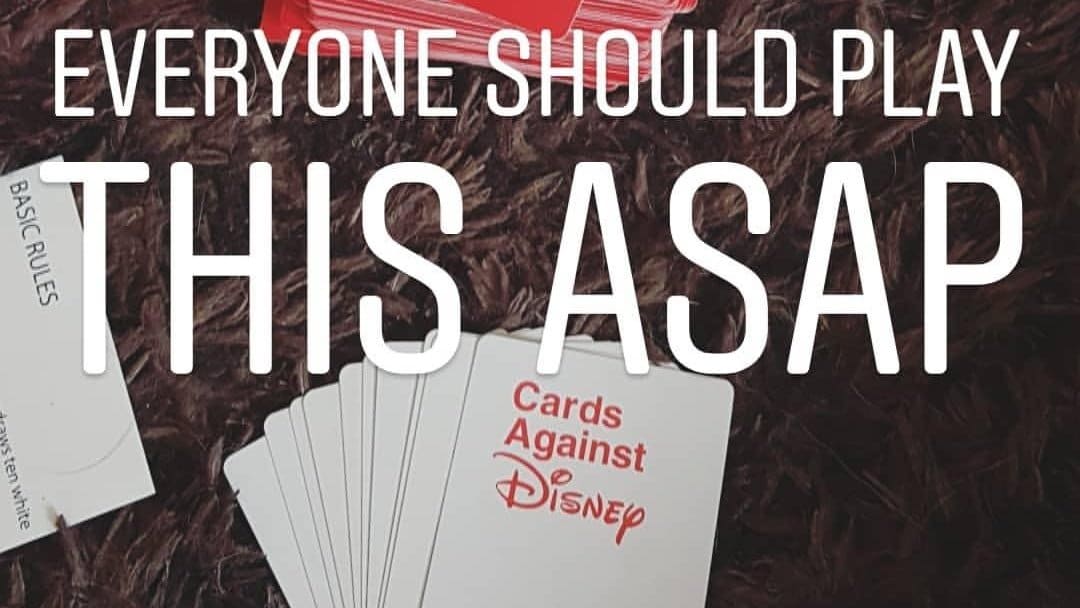 All these important questions may or may not be addressed in this adult board card game. It all depends on what level your good taste works on and how easily embarrassed you are amongst your friends?

As you may have realized by now, this Disney Cards Against Humanity party game is not for the young ones. Though the board card game highlights all of the cutest Disney characters, they are not seen in their best light. Make sure grandma doesn’t find this game and think it will be a good way to spend the afternoon with her grand kids as that will only end in confused and embarrassed looks. The box has an age restriction printed on the side for a reason, this party game is strictly for 17 years old and above!

The board card game can be played with a minimum of four players though as many as twenty or more can get into the fun.

Do not get this version mixed up with the other digital editions out there. This is a real physical box with all the printed cards inside, which is the reason why it retails at a higher price.

So what are you waiting for? Time to buy a set of Cards Against Disney and join in the fun!

Protesters in Thailand Ramp Up Pressure for Prime Minister to Resign